I’m Will Shortz, New York Times Crossword Editor, And This Is How I Work

Will Shortz is the most prestigious name in crosswords. As editor of the daily New York Times crossword, he has worked on every puzzle since 1993. He’s also the founder of the World Puzzle Championship, the American Crossword Puzzle Tournament, and owner of the Westchester Table Tennis Center.

Shortz gave us a detailed look into the editing process for a Times crossword, which involves rewriting about half the clues. He talked to us about his custom college degree, showed us his editing desk, and named the website that stores every Times crossword answer in history.

One word that best describes how you work: Playfulness

I started making puzzles when I was 8 or 9 and sold my first one professionally at 14. I hold the world’s only college degree in Enigmatology, the study of puzzles, which I earned through the Individualized Major Program at Indiana University (1974). For 15 years I was an editor (and eventually the editor) of Games magazine. For the past 25 years I’ve been at the Times. 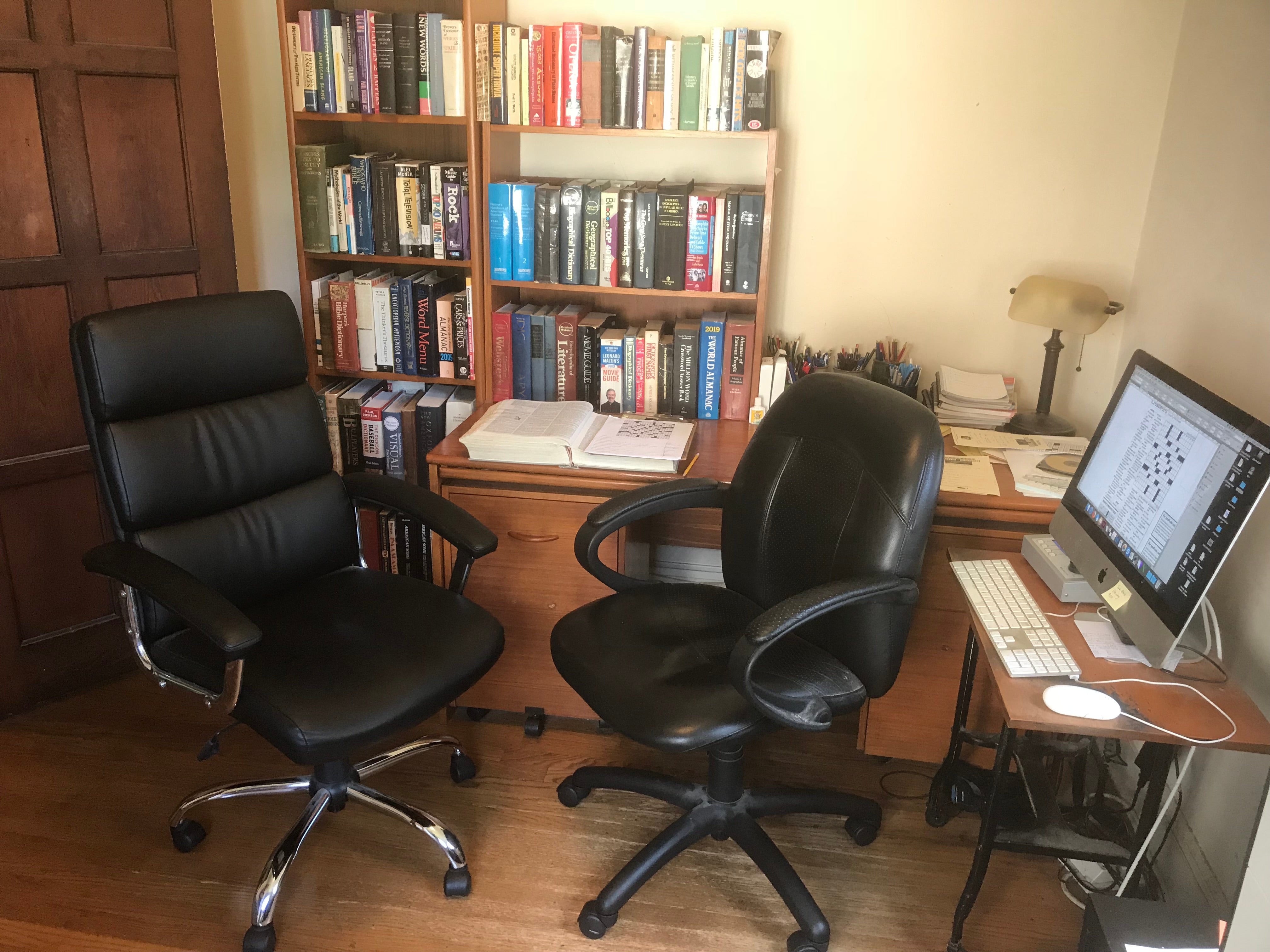 Today was an editing day. My assistant Sam was with me. We edited a Sunday crossword, a Sunday variety puzzle page, and two weekday puzzles (Monday and Tuesday).

The Sunday crossword, unfortunately, required a lot of work. The theme was clever and the fill was excellent, but most of the clues were either too easy, too ordinary, too obscure (involving trivia that made me go “Who cares?”), unclear, or not good for some other reason.

I don’t think any other puzzle in the country goes through such rigorous editing and testing before publication.﻿

For example, for the answer SALON, the contributor suggested the clue “Business that really blows?” That seemed nonsensical, besides being a little rude. We changed it to “Business that has cut prices.” We felt that had nice misdirection, while still being accurate and fair. For LEG the contributor proposed “Something to stand on,” which we felt was obvious and not particularly clever. We changed it to “Anchor, e.g.” — as in the anchor leg of a race. That’s appropriately challenging for a Sunday Times puzzle, while still being on target and fair. Altogether we changed about 60 per cent of the contributors’ clues. Basically, I don’t use any clue that my assistant and I don’t both like.

After each puzzle is edited and typeset, a pdf is sent to a group of test solvers, one of whom rechecks every word and fact after us. They all call or write in with their comments and corrections. All together, ten test solvers see every Times crossword before publication. I don’t think any other puzzle in the country goes through such rigorous editing and testing before publication.

My biggest tools are books. I have hundreds of references on almost every subject you can think of. Nowadays, of course, most information can be found online, and I spend a lot of time on the internet. But I know my books so well that it’s often easier and faster to look something up in a book than to do an internet search. In some cases books are more accurate than websites besides.

I know my books so well that it’s often easier to look something up in a book than to do an internet search.﻿

I have a second-floor home office, looking out on a quiet suburban neighbourhood with hills and trees. My desk is surrounded by dictionaries and other references. A computer at the side is for typesetting the Times puzzles as well as corresponding with contributors. Will working on a puzzle (Photo: Courtesy of Will Shortz)

The website XwordInfo.com contains every New York Times crossword answer and clue back to the first Times puzzle in 1942. So I can look up previous clues to answers and, if possible, avoid repeating them.

I get more than 125 crossword submissions a week. I ask for them to be sent by postal mail, because I like to mark up the manuscripts, and it’s easier to do so on paper than on a computer screen.

Every submission gets looked at by at least two people. My assistants and I write our comments on the outside of the envelopes — what we like, what we don’t, whether we’re leaning yes or no — and then circulate them to the others. I make the final decision on each acceptance or “maybe.” Then one of us emails the contributor our response.

It’s a little old-fashioned a process, but I feel it’s the best one for what we do. I have two assistants in their 20s, Joel Fagliano and Sam Ezersky. They’re both brilliantly talented, and sometimes they know things I don’t.

There are weekly deadlines for turning in puzzles to the Times, so my work schedule is planned backward from there. Each puzzle is edited, typeset, sent to solvers for testing and rechecking, then polished and eventually sent electronically to the Times. On average about half the clues in the published puzzles are mine. As time permits my assistants and I answer mail.

I own my own table tennis club, the Westchester Table Tennis Center, where I play every day after work. Table tennis serves a purpose for me that crosswords do for others: When I play a match, I focus completely on the game and forget everything else in the world. When I’m done, I’m relaxed and refreshed and ready to go back to everything else in life. 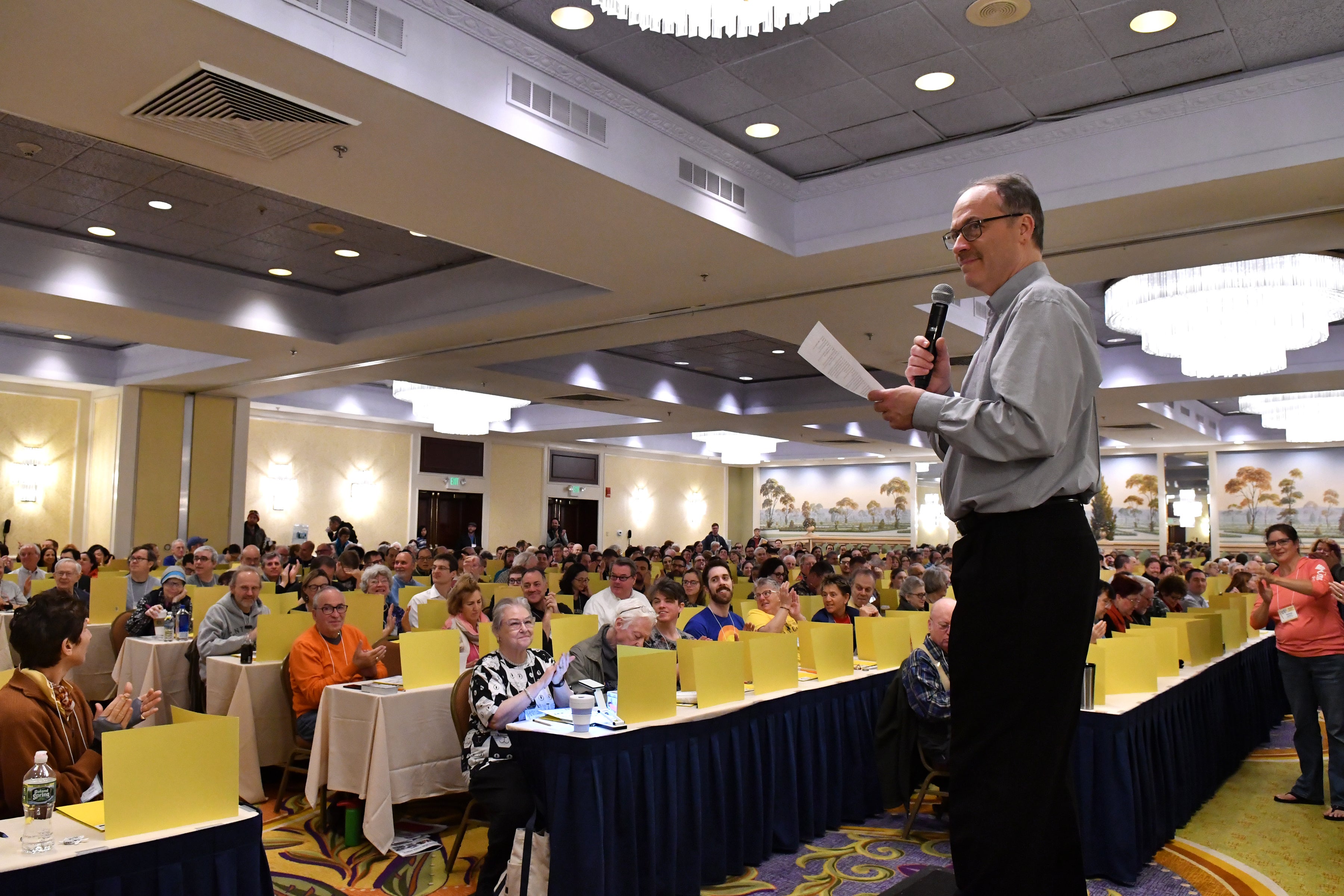 You happened to catch me while I’m reading Dreyer’s English: An Utterly Correct Guide to Clarity and Style. But in another day or two I’ll probably be on to something else.

Pick an occupation in which you don’t mind the least interesting part.﻿

How to squeeze 25 hours into a day.