How To Talk To People At The Gym 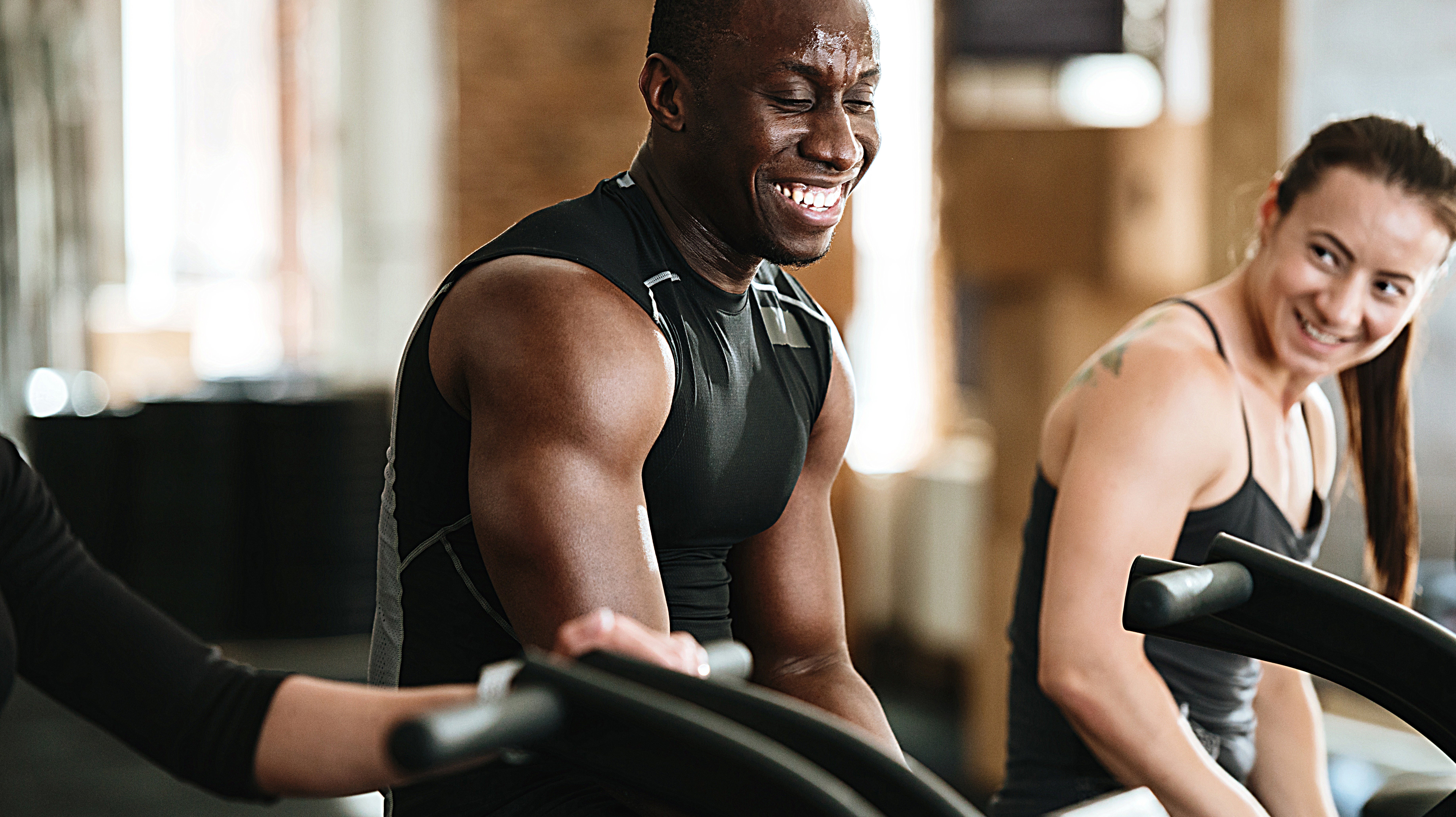 It’s totally normal to spend an hour or two at a gym full of people and speak to no one. Headphones in, eyes on your workout, focused. But what if you want to talk to somebody? A cute guy? An athlete you’re just in awe of?

This is another thing that will depend a bit on your gym’s culture. If the place has a chatty vibe, it’s fine to walk right in and start introducing yourself — especially if you’re all working with the same coach who’s leading a workout, or if your exercises require you to partner up or share equipment. But in a more traditional, everyone-for-themselves kind of situation, here are the ground rules.

Look for signs that somebody is willing to talk

Some people just do not want to talk during their workout time. Ever. They come to the gym to do their thing and get out, and you should not interrupt. Headphones are the universal signifier of wanting to be left alone. Some people wear headphones even when they’re not listening to music, just to keep all the rest of you weirdos at bay. Respect that.

But plenty of folks are fine with socialising between or even during their exercises. Watch for:

In general, never disturb someone while they’re doing an exercise, but it’s fine to say hi when they’re clearly resting between sets, or walking in between sprints on the treadmill.

The reason some people get so touchy about being disturbed during a workout is that they never know when their new friend is going to go away. If somebody hops on the treadmill next to me and says hi, that could be the beginning of a 20-minute long interaction. If I don’t like it, I’m stuck.

Yes, I’ve had a guy try to hit on me from an adjacent treadmill. It sucks. I’ve also had people engage in a perfectly pleasant conversation when I’m between sets, but I don’t want to be here forever and I still have four sets left before I can give up this squat rack and people are waiting and I have to pick up my kid from day care in 20 minutes.

If you want to say something, keep it quick and see how the other person responds. Compliment their shoes, ask a quick question, make a brief observation about your surroundings (not about the person’s body, please) and see how they respond.

Maybe you strike up a conversation. Maybe they just think “ok, that person seems nice” and that opens the door to future friendly interactions.