How To Destroy A Metal Credit Card At Home My primary credit card was compromised last week. Had I a “normal” one, I could have just tossed it in the shredder or demagnetised it, cut it up, and called it a day. A fancier metal credit card presents a bit of a challenge, and your mere paper shredder probably isn’t up to the task (nor should you test it).

Editor’s Note: While metal credit cards aren’t yet common in Australia, they are already being offered by Qantas and American Express for top-tier executives. In the case that you graduate to this wonderful new tech, you’ll need to know what to do with it if it’s compromised.

When your credit card issuer replaces a compromised metal card, odds are they’re going to send along a little envelope alongside a replacement card. Drop the old card into that, toss it into the mailbox, and your card issuer take care of the destruction process for you. Easy.

If you’re impatient, like me, you can go ahead and destroy your metal card yourself without much hassle. You won’t need a kiln to melt it away or anything crazy like that. Instead, all you have to do is take advantage of how the card was constructed to destroy it.

Your metal credit card — at least, the one I’ve been using — isn’t embossed. It’s just two layers of plastic that have been adhered to a thin piece of metal. Accordingly, you can peel off these plastic layers and shred or destroy them without having to worry about the metal itself.

It’s easy to start peeling the plastic off the metal when you start from the edges which aren’t likely glued very tightly. Once you hit that glue, the process becomes a little trickier. I didn’t have much luck just peeling straight from the corner. However, peeling an entire edge’s worth of plastic gave me enough material to work with. I then grabbed this section with some pliers and gently twisted it to pull up the rest of the plastic. It wasn’t elegant, but it worked. 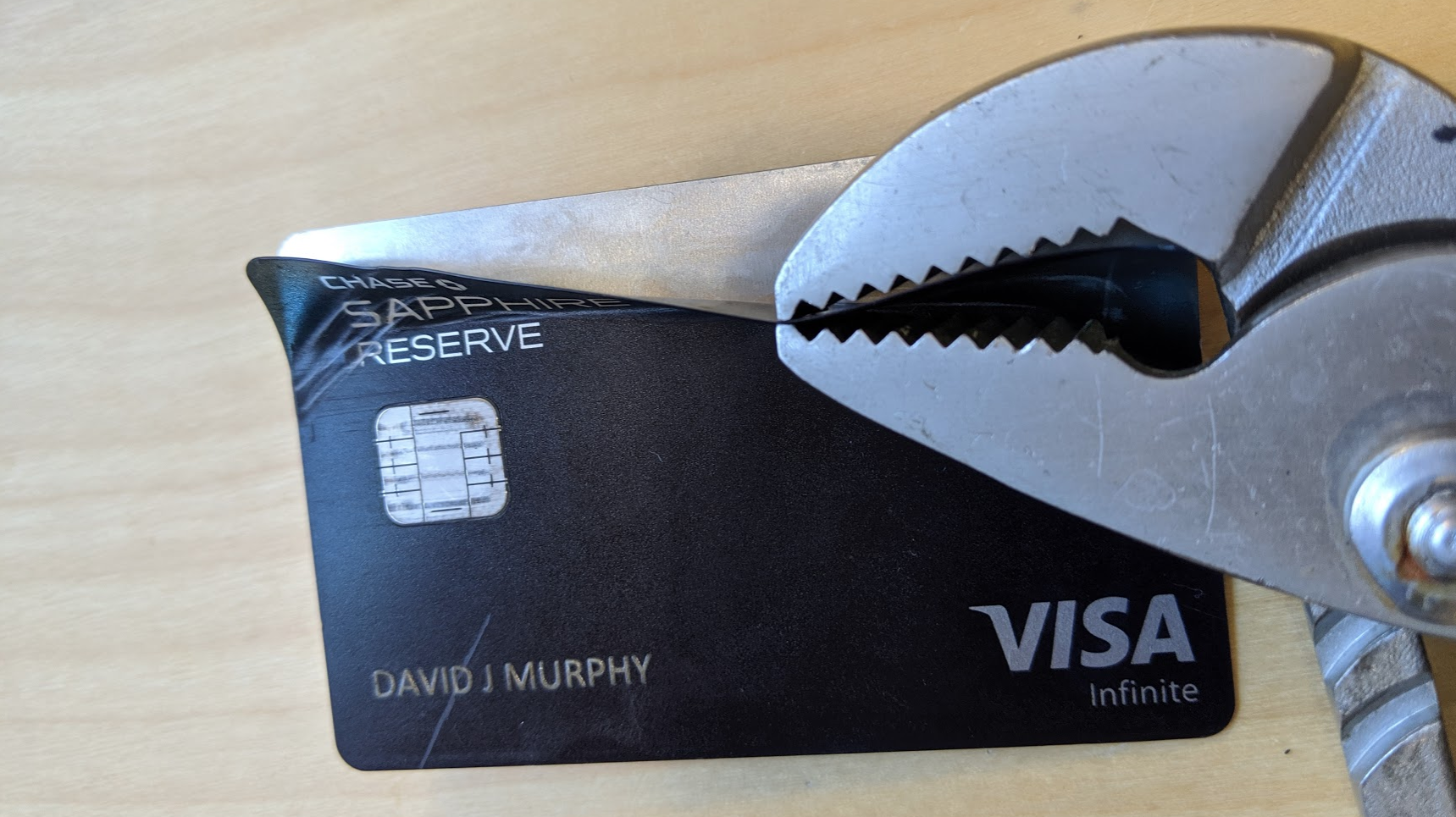 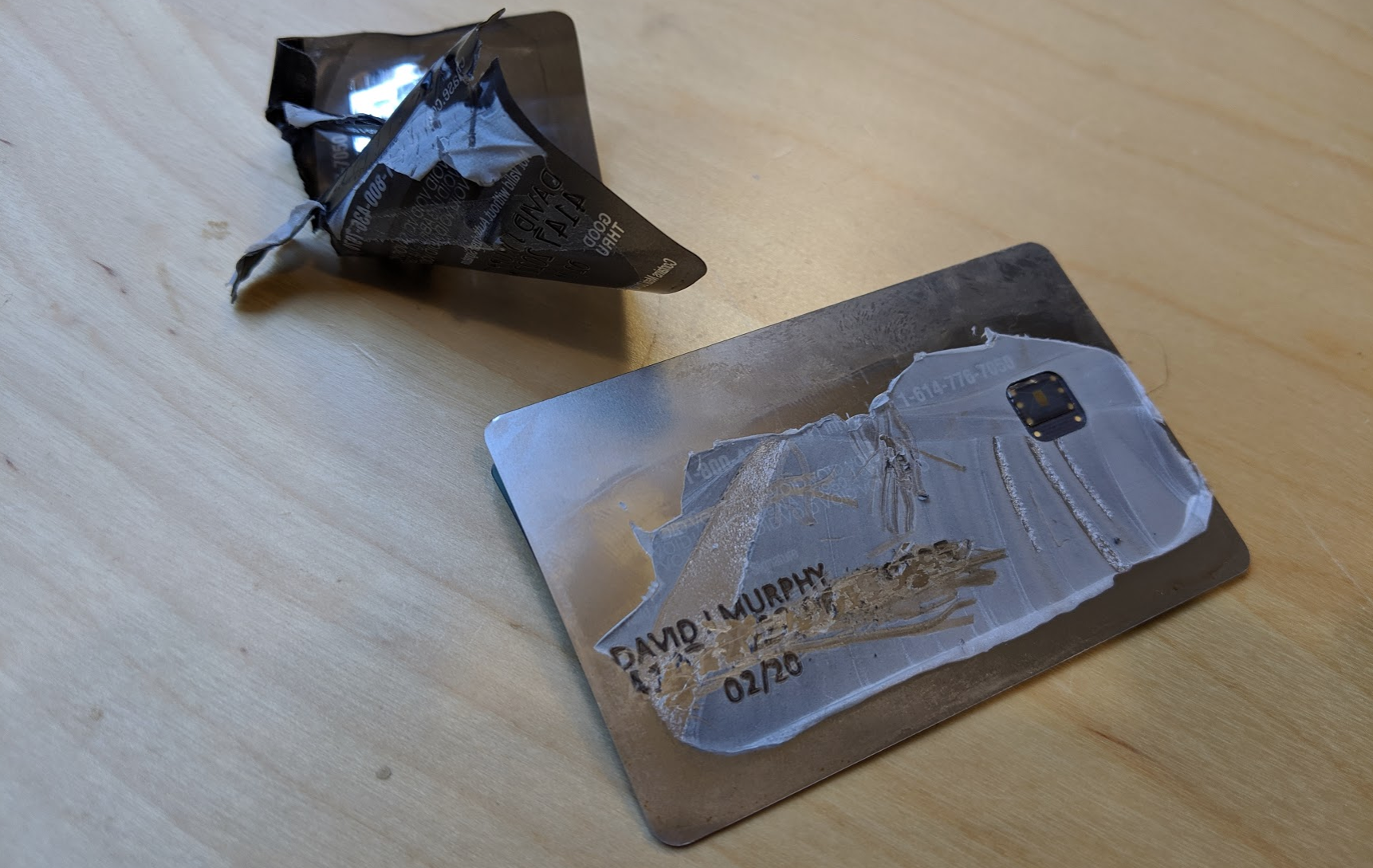 If I wanted to spend more time on this, I could probably hack away at the leftover adhesive on the metal card itself. I’d probably use a hairdryer to see if it can be softened, or maybe some rubbing alcohol to see if that eases its removal.

I can’t think of what I would do with a small credit card-sized hunk of metal after that, but at least I can now cut up and destroy the plastic part with my old credit card numbers on it. And it took a lot less time than waiting the five days or so for my new card to arrive.