How To Delete An Instagram Message You Sent By Accident

A few weeks ago I attended a music festival with some friends. At some point, I was scrolling through Instagram Stories and then put my phone in my pocket. When I took it out a little while later I realised that I had apparently sent DMs to a number of my friends with an image of another friend’s plate of oysters.

As you might imagine, this caused a bit of confusion amongst the recipients, who did not know my friend Rhianna that posted the image. And while the oysters she was enjoying in Seattle were lovely, they didn’t exactly warrant a random share. 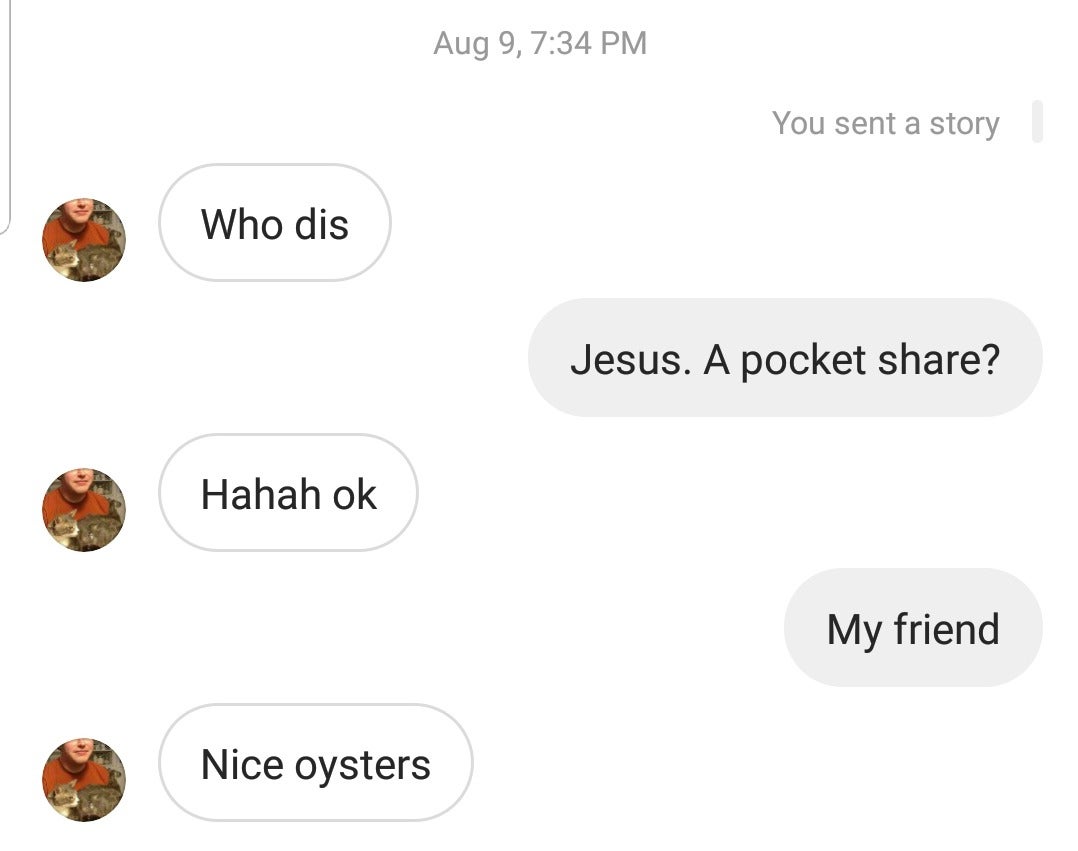 The good news is if you do something similar you can delete the accidental message, ideally before it’s seen by its unintentional recipient.

To delete a message, just press and hold on the message you want to delete. A small pop up will appear asking if you’d like to “Copy” the message or “Unsend” it. Tap unsend.

Another pop up will appear asking you to confirm you’d like to unsend the message. There you can either go through with the “Unsend” action or cancel things entirely. 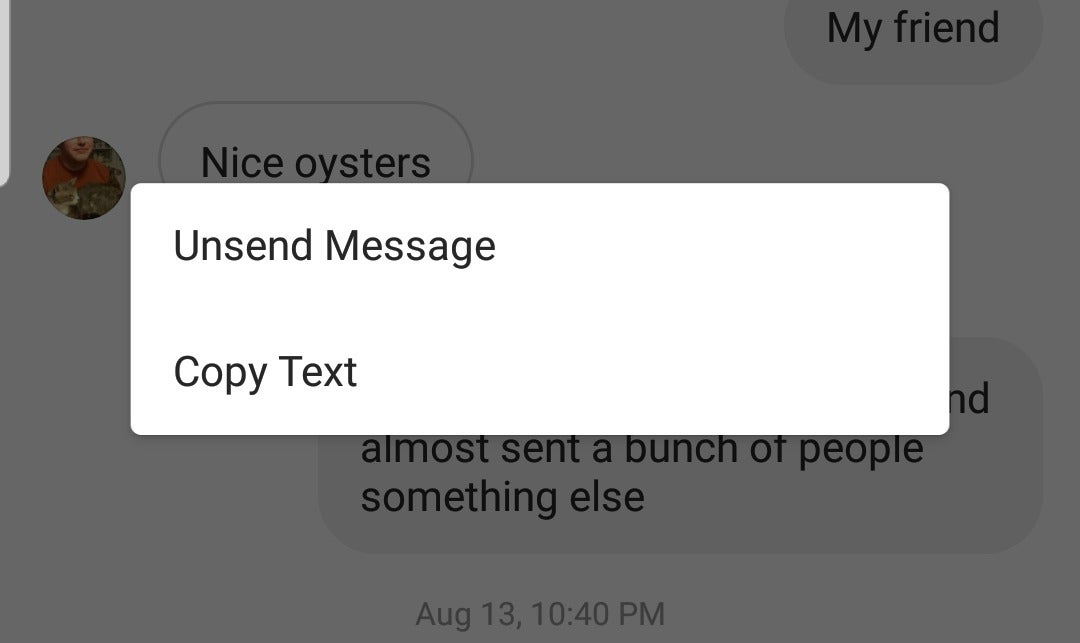 Removing a message will delete it from everyone in the conversation’s screen, not just one person. The message will also be replaced with a note letting everyone know you deleted a message, so while the precise details of your failed message might not be known, the recipient will know a message once existed.

It also won’t help you if your friend has already seen your message fail, except perhaps allowing you to remove the evidence and prevent future shaming.