How To Avoid Getting Pickpocketed

Last year, several groups of pickpocketers profited off oblivious commuters on New York City’s subway system. “I open the purses, put my hands in, and take the wallets out,” one pickpocketer, who was eventually arrested and found with three Metrocards and four cell phones, told a detective. “I pick people who are distracted.”

Five Things I Learned From Being A Pickpocket Victim

Yesterday afternoon, while boarding a train at Circular Quay station, a stranger plucked my wallet straight out of my back pocket. I never felt a thing. Within ten minutes, they had already used my credit card to make a fraudulent transaction. Here are five hard lessons that the experience taught me.

Pickpocketers often operate in groups (though not always) and stealthily. They prey on people when they least expect it. Back in 2015, French police arrested a group of pickpocketers stealing from tourists visiting the Eiffel Tower. According to NBC News, they stole roughly $4,400 each week.

This week, Million Mile Secrets provided tips on decreasing your chances of being preyed on by pickpocketers. If you want to avoid losing your passport or wallet while travelling, only carry the essentials and resist the urge to catch any babies. (We’ll address this shortly.)

The easiest way to avoid losing your possessions to scammers is to avoid tourist traps altogether. On its website, the U.S. Embassy in France advises travellers to remain alert in tourist areas like the Eiffel Tour (unsurprisingly) and those around any museums, monuments, restaurants, hotels, beaches, etc.

In other words, you should avoid any attraction that has reviews that mention crowds and selfie sticks. As we’ve written before, this may also mean opting for the small hotel or Airbnb rental in quieter areas over the chain hotels in tourist-havens.

But you should also exercise caution in places that are generally congested like bars, restaurants, and any form of public transportation. On Reddit, u/crushhawk shared a story of a pickpocketer on a train in Madrid, Spain. “While going along, my one friend kept getting bumped into a loud guy behind him,” they said. “He suddenly thinks it might be a bad place to get pickpocketed, reaches down to his pocket, and discovers his wallet is mostly out of his pocket … Suddenly, his camera falls to the floor from its pouch. [The pickpocketer] reaches down to get it then runs out as we arrive at our stop.”

If you’re at a music festival, be especially mindful. At this year’s Lollapalooza festival, at least 209 people have reported missing phones. (As one Redditor suggests, a fanny pack wouldn’t be a bad preventative measure against pickpocketing efforts.) 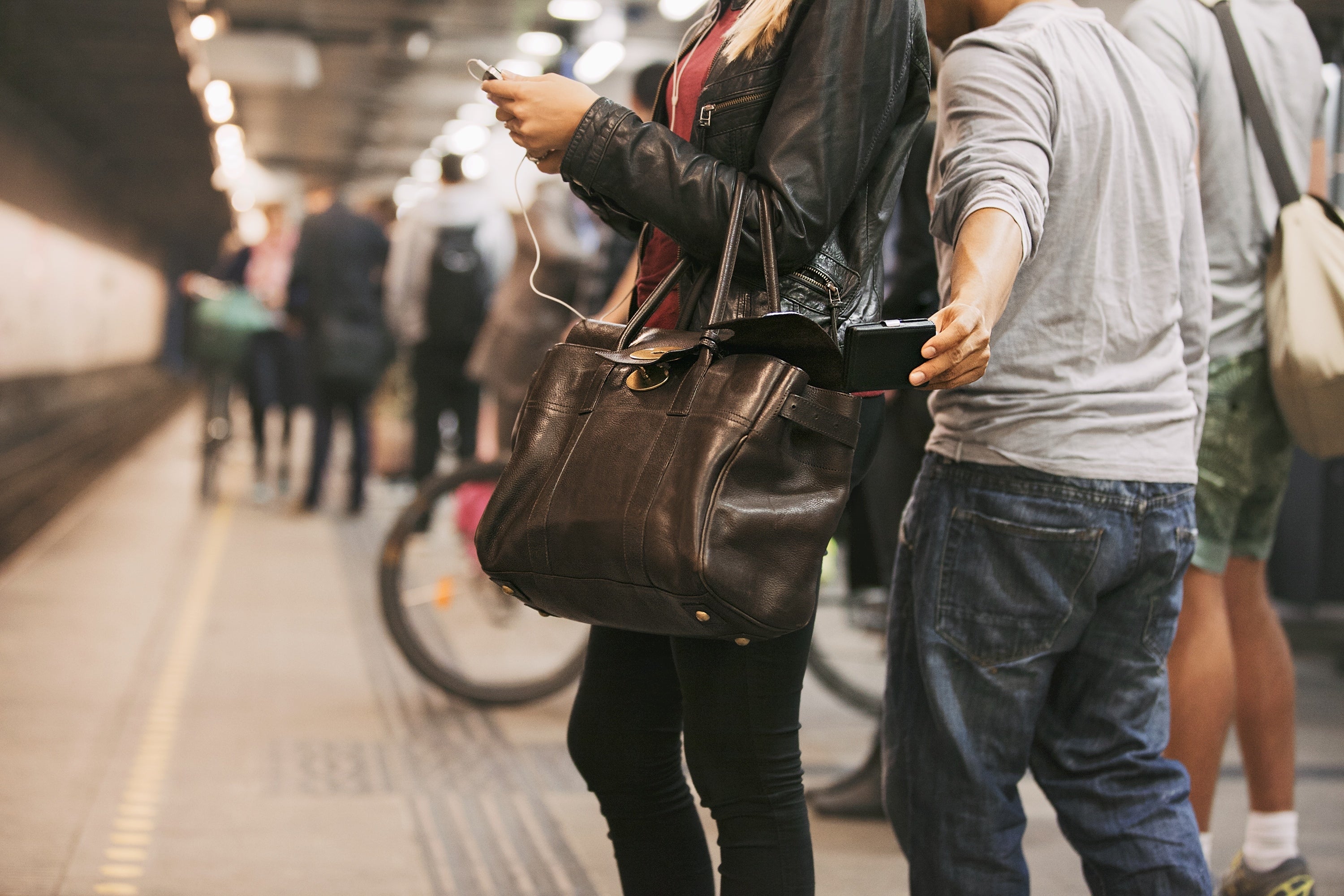 Be careful of scams

Like we’ve said time and time again, always research scams at your destination before you travel. And in your research, you might one common theme among pickpocketing scams: distraction. The pickpocketer (or a member of their group) will provide a distraction by bumping into you, asking for the time or causing some sort of ridiculous accident you can’t look away from.

“A passerby squirts you with a liquid, condiment or fake bird dropping,” the Washington Post offers as an example. “While you inspect the splotch, an accomplice pickpockets you … Other distract-the-tourist ploys include an elderly person falling, a woman tossing a baby or cat at you, or someone dropping a wallet and accusing you of pocketing the contents after you pick it up.”

What we’re saying is the next time someone throws a baby at you, don’t catch it. (Kidding.) Instead, resist the urge to catch, touch or retrieve anything. Just be conscious of your surroundings. “Don’t let suspicious strangers invade your personal space if you can help it,” u/hairfarmer suggested on a Reddit thread. “If they try to touch you or dance or anything that seems a bit odd, understand they are probably doing it for a reason and it’s not gonna be a good one.”

Never carry your passport around

There are little things you can do to assure you won’t get pickpocketed (aside from carrying a decoy wallet). For one, always keep your phone and wallet in your front pockets at all times. As Million Mile Secrets writes, don’t leave phones sitting on tables or bags strapped to the back of your chair. And never carry your passport on you.

Instead, leave it in the hotel room safe. Over on the Points Guy, writer Brian Biros just keeps the essentials: a credit card, an ATM card, a photocopy of his passport, and $10 to $20 in local currency. You should leave the rest of your cash in your hotel room.

You could also purchase a money belt that wraps around your stomach, though I think it’s a big, fat arrow that indicates that you are a tourist looking to be preyed on. As Biros suggests, buy a phone or camera wrist wrap, keep it tied to you at all times, and use this to stash cash away. Or try using a running belt that wraps around your arm or thigh so you look a little less like a tourist. And lastly, avoid opening a map or guidebook in public. It might only increase the odds that a scammer will try to take advantage of you.