I once showed up to a party alone, before any of my friends arrived. Instead of mingling, I hid in the bathroom to kill time and avoid talking to strangers. Embarrassing but true. For a shy person, social interaction can be a stomach-churning, anxiety-filled experience. It was for me, but I was able to get it under control with some work and become comfortable talking to strangers.

Growing up, I was a timid, hide-behind-mum sort of kid. I learned to talk more as I grew older, but at my core, I was still that shy kid — and the fear of talking to new people lasted well into adulthood.

My friends and family probably wouldn’t describe me as shy. But for me, being shy has always been about struggling to connect with people I don’t know. I fear the unfamiliarity of a stranger — how they might judge or reject me. Maybe there’s nothing inherently wrong with being timid, but when I started noticing how it affected my everyday life, I wanted to get it under control.

When Shyness Goes From Awkward To Problematic 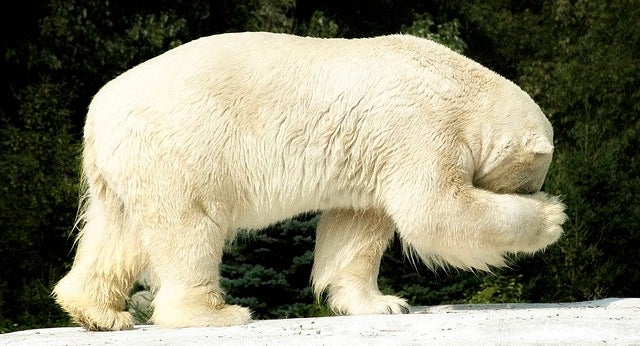 It wasn’t a single, enlightening experience that woke me up and made me decide to shed my shyness for good. It’s been a gradual process. The more problems it causes, the more I learn to get over it.

For example, at one of my first jobs, I ran into a small accounting issue for the company. The numbers on our client list didn’t add up. Rather than bring it to my boss’s attention and ask what I should do, I decided to deal with it and figure it out myself. I wasn’t afraid of the work or of making mistakes — I was afraid of him (which was particularly crazy because he was a great, easygoing boss). But I was shy, so I said nothing, and the small accounting issue turned into a huge problem that took days to repair. Had I spoken up to begin with, I might’ve been a little embarrassed. But after things spun out of control, I was mortified.

At another job, I spoke to no one. I sat at my desk, did my work, and hoped people would just leave me alone. And they did, for the most part, except when one outgoing coworker accused me of being a little snobby. Of course, this came as a shock to me — I didn’t think I was better than other people, I was intimidated by them! I asked what made her think that, and she said, “you never talk to us.” At this point, my shyness was giving my colleagues the wrong idea about me. I didn’t like that.

How I Gradually Kicked My Shyness 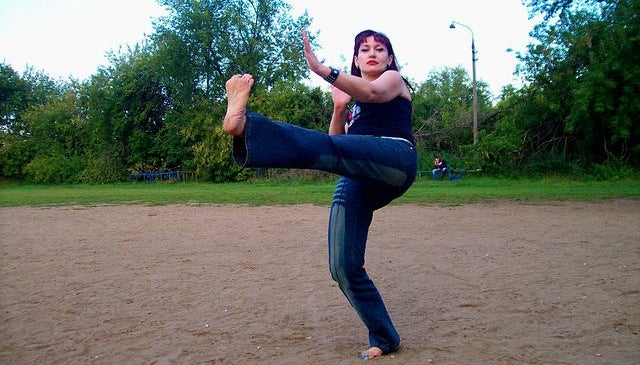 Even now, my bashful side sometimes creeps up and wreaks havoc. Occasionally, I freeze up when people ask me questions. I force myself to speak, but I’m so intimidated that I sometimes blurt out stupid answers. I go to parties, and I absolutely dread talking to new people, because I’m unsure of how to maintain a conversation. The good news is that by practising a few skills, these freeze-ups happen less and less. Here are a few realisations and tips that helped most.

Being Shy Doesn’t Have to Be Who I Am

I’m introverted at heart, but that doesn’t mean I have to be shy. The two are quite different, and realising that shyness is a habit that can be broken was a big first step in understanding that I can develop social skills. I might not be the life of the party, but with a little effort, I can initiate and maintain conversations and learn to speak up for myself. I used to have a bad habit of cracking my knuckles. That wasn’t who I was; it was something I did. If I could break that habit, surely I could break my shyness.

It’s Not All About Me

Shy people often overthink their behaviour and responses. I’d end up obsessively mulling over everything I said or did, wondering what others think of me. Did I say something stupid? Did I say something that might seem offensive? I still do this. After I’ve hung out with new friends, I’ll often think about every tiny thing I said after the interaction. If I said something even slightly embarrassing, or something that could be taken the wrong way, I kick myself.

I used to do this constantly, and it made me dread social interaction even more. But a close friend said something to me that stuck: “I don’t mean to sound rude, but you don’t realise how little people probably think about you.” It made me feel like a narcissistic jackass. But really, it is a little self-centered to think people are always considering my every word and behaviour. The truth is, they probably don’t care. This was a great relief.

After all, when someone says something embarrassing to me, I don’t skewer them for it. I figure I misunderstood them or they didn’t quite mean it the way they said it. Or I laugh it off. We all say stupid things occasionally, and most people realise that. You should definitely think before opening your mouth, but overthinking after the fact can drive you nuts.

Overall, I learned that I might be awkward, but no one is thinking about my awkwardness as much as I am. Obsessing over it only makes that feeling worse.

I started to recognise my shyness as a trigger. When I felt it coming on, that was my cue to accept the challenge to be social. This helped me focus my attention on it.

I took small steps toward overcoming my shyness. At my first post-college job, I worked in an office full of people. I remember coming in every morning, and immediately feeling shy about walking into the room. So I gave myself a challenge: I vowed to simply come in and say “good morning” each day. After doing this for a while, it just became natural. It wasn’t intimidating anymore, and it helped me become more comfortable around my coworkers. Here are a couple of other small steps I took:

Those are just a few, but there are so many other possibilities. Force yourself to ask for directions. Give someone a compliment. After a while, these habits will become second nature.

For outgoing people, these challenges probably seem pretty odd. Is it really that hard to say “how’s it going?” Sometimes, yes. That’s the fun of being shy. 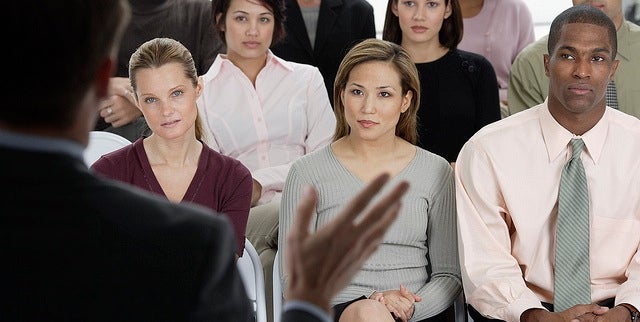 My shyness is worse when others are especially outgoing. Sometimes it feels like you have to hurry up and blurt out whatever you’re trying to say, because the people around you talk so much. For a shy person, this can make social interaction even more stressful.

It’s not for everyone, but public speaking classes were immensely helpful for me. I took a debate class in high school, and I took a public speaking class in university. In both, I learned to be comfortable with my voice. It gave me a chance to practise speaking in a situation where others are forced to listen. You have the breathing room and time you need to be eloquent. I might still be interrupted in the real world, but at least I have a bit more confidence in my speaking.

Researchers at Indiana University Southeast also suggest learning why you’re shy. People might be shy for different reasons, they say:

For example, do you become shy when meeting new people, interacting at a social gathering, or speaking to someone to whom you find yourself attracted? Try to understand if your shyness manifests itself cognitively (e.g., excessive self-consciousness or self-deprecating statements), affectively (e.g., overriding feelings of anxiety), or behaviorally (e.g., failure to speak to others at social gatherings).

When you have a better understanding of your shyness, you can figure out the best route to overcome it.

Learn the Art of Small Talk

As much as everyone hates small talk, it’s a necessary part of social interaction. For shy people, it can also be really helpful for getting used to that interaction — like practice for the real thing. In The Fine Art of Small Talk, author Debra Fine makes a few useful suggestions. At gatherings, I like to use her Occasion-Location Rule. If you’re at an event, and you don’t know how to initiate or maintain a conversation with a stranger, the occasion and location can help you come up with an opener. Fine writes:

The location and occasion of an event offer a wide variety of free information. At a wedding: I was the bride’s college roommate. How do you know the couple? At a seminar or convention, simply asking What brought you to this event? is an easy and unobtrusive way to start a conversation.

It may seem obvious, but when you’re intimidated at a party, remembering this rule can be grounding. She also suggests asking open-ended questions to get a conversation going. For example, if I really wanted to talk to a coworker in the break room, instead of saying “How’s it going?”, which is more of a pleasantry than anything, I could say, “What’d you do this weekend?”

We’ve also covered the FORD technique for making small talk. It’s pretty simple. Think about a couple of questions in the following categories — family, occupation, recreation and dreams. Keep those questions on hand to start a lasting conversation with people you meet.

With a little practise, I’ve gotten over my timidness, but not completely. There are still plenty of times I recoil from the anticipation of interaction. I’ve accepted that I’ll probably always be a little shy about some things. But, then again, maybe we all are. And that’s OK. It’s a gradual process. Like most habits, it doesn’t go away overnight.

While I’m still learning how to deal with it, these skills and realisations have made it much easier to come out of my shell, however comfortable it may be in there.