Subscriptions are all the rage for companies in the last decade and it suits many consumers too. From Spotify to Netflix, it’s often been a win-win as we get all of the content for a fraction of the price. Now Google is looking to get a slice of the same pie.

Security researchers from Trend Micro have identified 29 apps, purporting to use you device's camera to take better pics or to improve the snaps you shoot, that can access remote ad configuration servers that can be used for malicious purposes. In some cases the apps have been downloaded millions of times.

Google is actively testing a subscription-based service for its Play Store called ‘Play Pass’, according to Android Police.

Perhaps the PlayStation Plus or Microsoft’s Game Pass for Xbox is a better comparison than Netflix, as a subscription will allegedly provide access to select applications rather than everything in the Play Store. 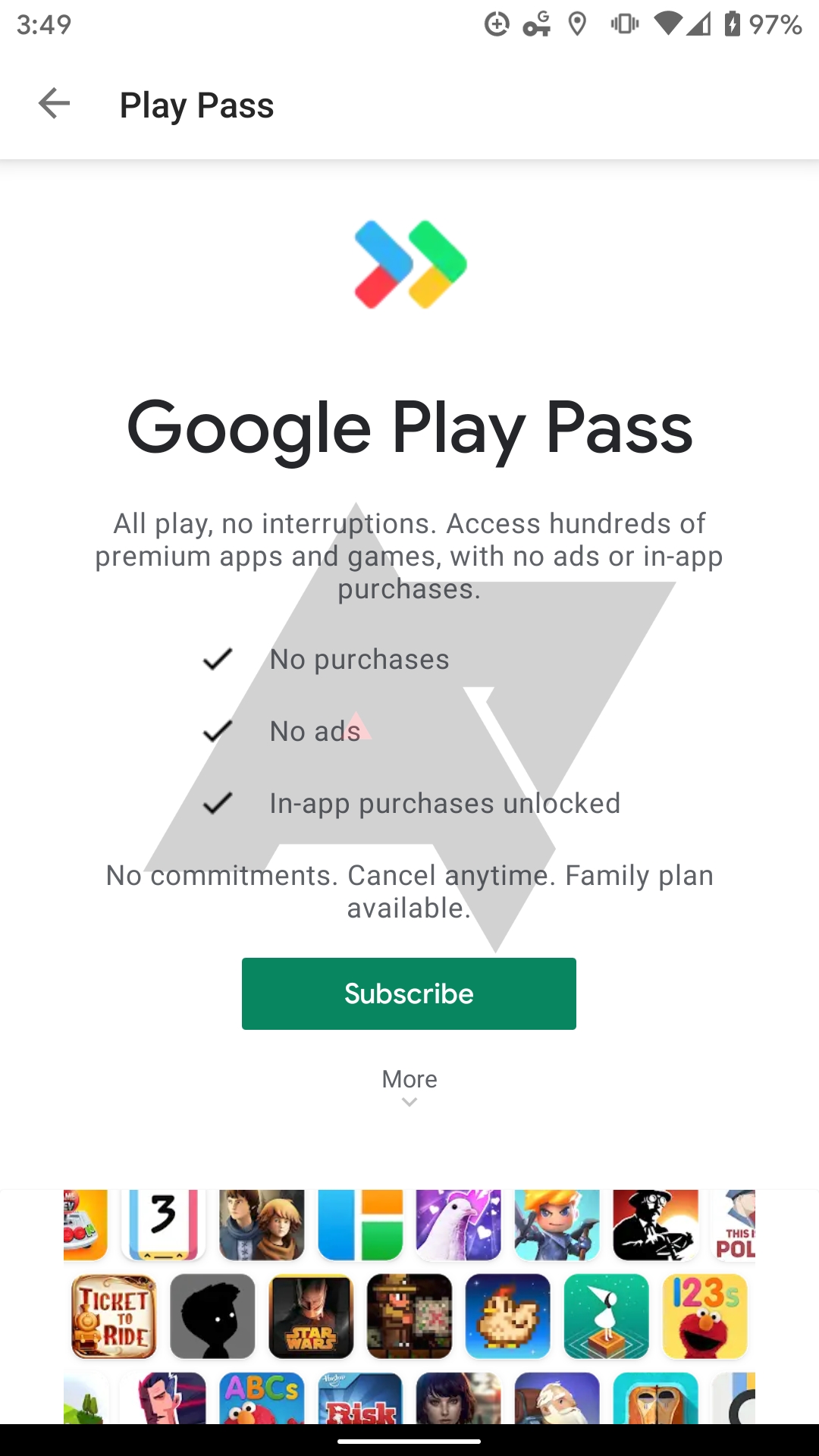 One of the leaked test screenshots revealed the pass will cost $USD4.99 per month (about $7.33) and would included hundreds of ad-free apps and games.

“Explore a curated catalog spanning puzzle games to premium music apps and everything in between,” the post said.

“From action hits to puzzles and fitness trackers, with Google Play Pass you unlock access to hundreds of premium apps and games without ads, download fees or in-app purchases.”

Lifehacker Australia has reached out to Google to confirm Australia is getting the service eventually as well. They could not confirm the news.