Google Pixel 4 Is Bringing Back A Feature Nobody Wanted

There are a number of dumb but cool features on the latest smartphones like beauty filters and live photos. But perhaps the crown for the coolest dumb feature goes to ‘air gestures’ – and they’re making a return to the upcoming Google Pixel 4. Very soon, you’ll be able to control your phone by waving at it, just like in 2013.

Read more
” excerpt=”Google has typically kept things pretty simple with its smartphone range. But with the market clearly wanting larger and smaller display options, many smartphone makers are now creating a three-model strategy with small, medium and plus-size displays. Google appears to be following suit with the Pixel 4, according to rumours and leaks. Here’s what we can expect from the Google Pixel 4.”]

Google announced the introduction via Twitter and a blog post. It’s one of several software announcements it made, including a new facial-recognition unlocking tool (Face Unlock) and an upgraded security chip to make sure your face data isn’t stolen.

Air gestures are supposed to allow for contact-less functionality meaning you should be able to skip songs, snooze morning alarms and swerve phone calls; all without leaving a greasy thumb print on your screen. It works via a motion-sensing radar sensor dubbed Soli which will sit near Pixel 4’s front camera lens. As Google explains on its blog:

[Soli] senses small motions around the phone, combining unique software algorithms with the advanced hardware sensor, so it can recognize gestures and detect when you’re nearby.

Pixel 4 will be the first device with Soli, powering our new Motion Sense features to allow you to skip songs, snooze alarms, and silence phone calls, just by waving your hand. These capabilities are just the start, and just as Pixels get better over time, Motion Sense will evolve as well. Motion Sense will be available in select Pixel countries. 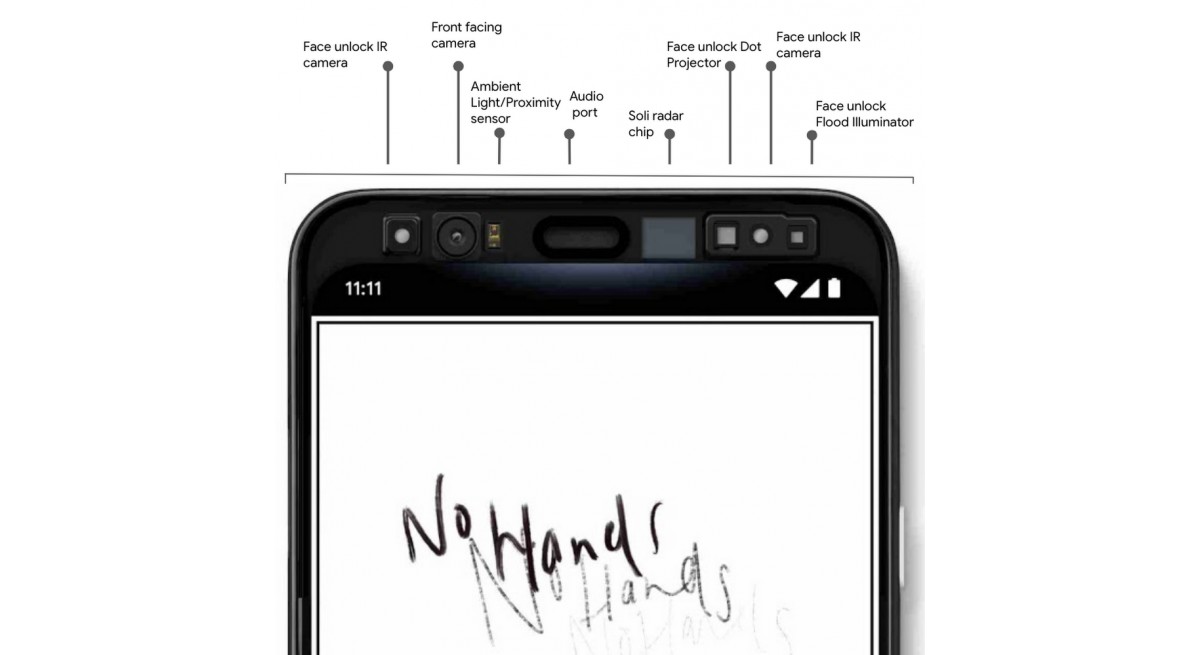