How to Switch to Vertical Tabs in Edge Chromium

Does Anyone Actually Need Computer Glasses? 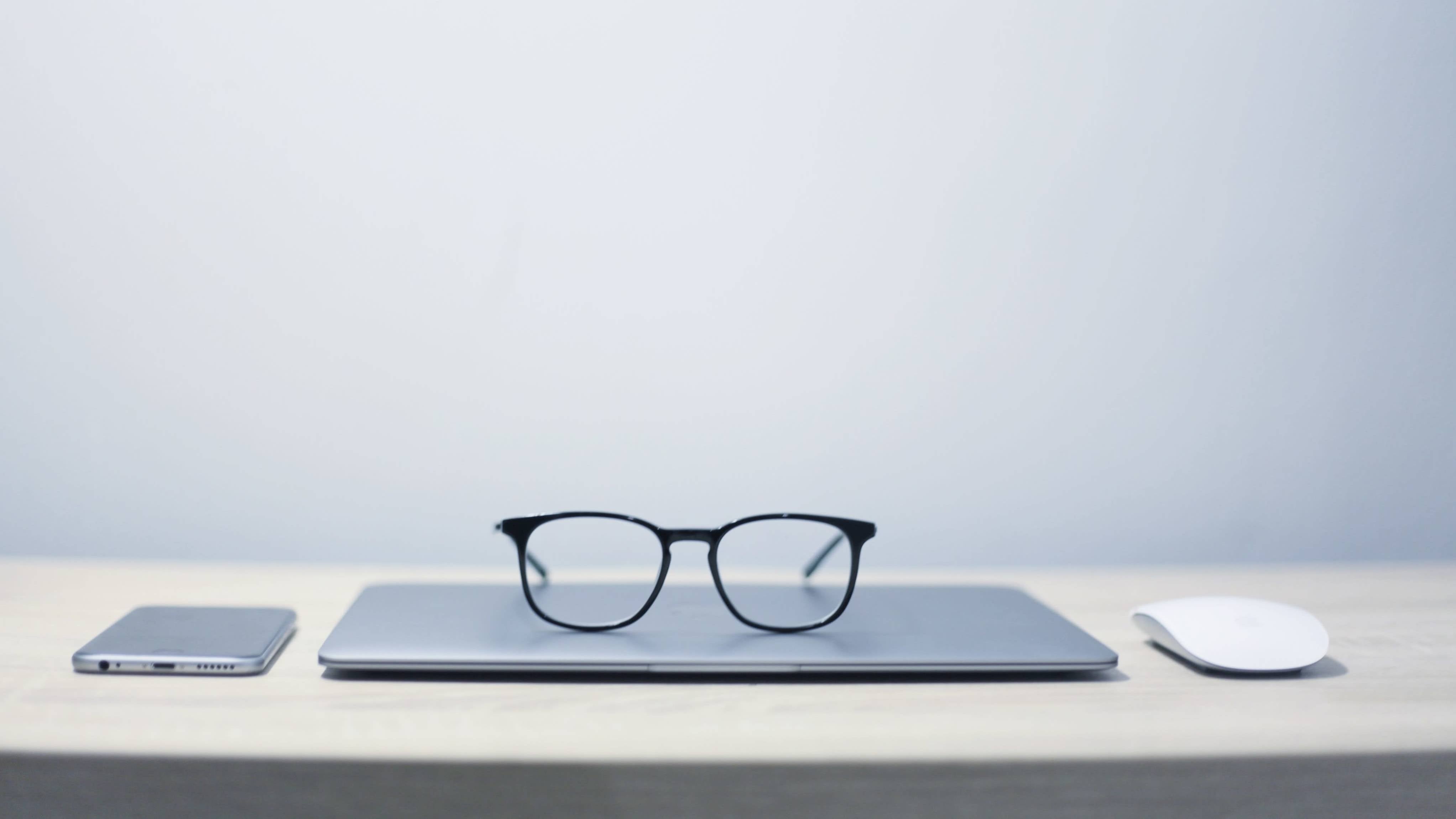 Getting glasses used to be pretty straightforward: if you couldn’t see the blackboard in school or road signs when driving (or other equally far-away things), you went to the eye doctor, took a test and then got glasses if you needed them. But now that so much of our time is spent staring at screens — whether it’s our phones or computers — we’re told we need other types of glasses to help our eyes, even if we don’t require prescription specs. So what’s the deal with computer glasses?

Vision problems are unfortunately one of the hazards of too much screen time. In fact, the US Vision Council found that 59 per cent of adults reported having some kind of digital eye strain (strained, dry, or red eyes; blurred vision; headaches; back pain; neck pain; or general fatigue) as a result of using digital devices for hours at a time.

We’ve previously noted several ways to prevent or reduce eyestrain, including using the 20-20-20 rule to regularly give your eyes a break and ergonomically optimising your workstation. In addition to those essential tweaks, computer eyewear could also alleviate or prevent digital eyestrain, depending on your situation. Here’s what you need to know.

Computer glasses are special-purpose eyeglasses meant to optimise your eyesight when you’re looking at digital screens. They’re designed to: reduce glare (a major cause of eyestrain), increase contrast and maximise what you see through the lenses—making it easier to look at a screen for longer periods of time. Here are the two main features you’ll see in glasses like these:

Anti-reflective (AR) coating: Anti-reflective coatings reduce glare bouncing off screens and from light sources. Specially-designed computer and gaming glasses from Gunnar and Ambr Eyewear offer these coatings and prescription glasses can get anti-reflective coatings as well. However, not all anti-reflective coatings are the same. Older glasses might have a cheap coating that was constantly catching smudges and dirt—actually causing eyestrain and vision problems as a result. I was probably cleaning those things every half hour. The glasses I recently got (funded by the Vision Council) with newer/more advanced coating don’t have that problem.

Validating my experience, Dr. Jeffrey Anshel, an optometrist and computer vision consultant (who was also the technical adviser for Gunnar Optiks), points out that when it comes to coatings, the new generation of coatings are much better than earlier versions. Older ones peeled and scratched easily, resulting in unsightly cracks, so if you tried them a few years ago and had a bad experience, don’t write off the newer versions. They’ve gotten much better, between being easier to clean and reducing reflections, glare, and halos.

Colour tints: Some computer glasses also have an unmistakable (usually yellow) tint designed to increase the contrast on the screen and filter out the uncomfortable/harsh light spectrums so your eye muscles relax. The tinted glasses are signatures of Gunnar glasses, but tints can be applied to other glasses as well.

Costs: Gunnar glasses retail for $US55 ($81) and up for the non-prescription versions, but you can often find sales on them. Prescription versions of the Gunnars, however, can cost several hundred dollars. Anti-reflective coating brands for prescription (and non-prescription) glasses include Crizal, Zeiss and Teflon. The coating alone will set you back quite a bit. The coating typically costs between $US70 ($103)-140, in addition to the cost of the lenses and frame, depending on whether your insurance has a vision plan. For example, with the standard VSP plan, TechShield Anti-Reflective Coating will cost $US69 ($102), as opposed to $US115 ($169) without coverage.

What about blue light?

But what about all this blue light we’ve been hearing about lately? For the past few years we’ve been told that the blue light coming from our phones, tablets and computers is hurting our eyes, and there are plenty of companies out there selling blue-light-specific glasses (separate from the coating we’ve been talking about in this article so far).

As it turns out, no—blue light is not blinding you, and you do not need special blue-light-filtering glasses. At this point, there is no empirical evidence that blue light causes irreversible damage to our eyesight, and the American Academy of Ophthalmology does not recommend any special eyewear for that purpose. (Now back to your regularly scheduled article on the other types of computer glasses.)

Whether or not computer glasses will be worth it and work for you is subjective, because, as Dr. Anshel notes, factors include your visual abilities and computer usage, work environmental conditions, and your viewing habits. Blue light aside, here’s what experts and users have said about the other types of computer glasses.

First: if it ain’t broke, don’t fix it

If you aren’t experiencing any eye problems, you can just stop here. Specially coated and/or computer eyeglasses won’t do anything for you (other than geekify your look). In fact, they could be a hindrance. Dr. Robert Noecker, an ophthalmologist and Director of Glaucoma for Ophthalmic Consultants of Connecticut, notes that:

Computer eyewear does not necessarily prevent eye strain in an already optimised environment. Also, the range that the eyes can sweep from one side to the other is maximized without any eyewear. The frame edges limit this range of motion and may actually hinder people more who are not getting much benefit from wearing the glasses. Also eyeglasses get smudges which can interfere with vision as well.

If you experience eye strain, they might be worth it

That said, many people experience digital eye strain and simply ignore it. Dr. Justin Bazan, owner of Park Slope Eye in Brooklyn and a member of The Better Vision Institute on the Vision Council, says:

People are so accustomed to their eyes feeling tired at the end of the day, they just accept it. Just because it is normal, does not mean that it’s OK. Your eye doctor will work with you and help to get those eyes feeling better!

He notes these advantages of the different types of glasses:

[Eyeglasses with the premium anti-reflective coating] help to ensure that your vision remains clear by keeping dust, fingerprints, etc. from appearing on your lenses. You will also want to look for glasses that include a small bump which will provide just enough of a boost in power, that the print on screen becomes slightly larger, thus decreasing eye strain. In addition, most computer glasses can help increase contrast, which makes it easier for your eyes to focus on a computer screen.

For me, getting anti-reflective glasses is a no-brainer because I have to wear prescription glasses anyway, and my eyeballs always feel like they’re being squeezed out of their sockets after hours of research and writing. The newer premium coatings are also much easier to keep clean. I wore my old glasses for a week, then the newer ones, and the difference in eye comfort is amazing. I honestly think this is the closest I’ve ever felt to seeing as clearly as someone who doesn’t wear glasses—or at least what I imagine they might see like.

As for glasses like those from Gunnar and Ambr Eyewear: Reviews for them are mostly positive around the web; former Lifehacker contributor Jason Chen found prescription Gunnars helped with his eye issues. It’s anecdotal evidence, but lots of users echo these same sentiments: They can really help relieve those headaches you get from sitting in front of a computer all day.

When they first hit the market, computer eyewear companies like Gunnar Optiks really hyped up their products and used infomercial-like tactics, which made them sound a little gimmicky. In the years since, they’ve toned it down a lot, though. But thanks to the whole not-science-backed blue light glasses industry (which again, is something different) it can be hard to separate what may be helpful versus something useless.

But Dr. Krista Anderson, an optometrist and co-owner of Pointe Vision Care in Grosse Pointe Woods, Michigan, notes in an interview with Ars Technica that most of the features of computer eyewear like this are really ones she recommends to patients anyway: anti-reflective coatings, tints and so on.

About 10 years ago, Gunnar made claims that their wraparounds glasses helped to keep moisture in your eyes, but have since stopped because there’s research indicating that it’s not true. For example, in a clinical study by Pacific University of Oregon, researchers used two control pairs of eyeglasses similar to Gunnar eyewear and tested 38 subjects under glare and dry air conditions. After measuring the patients’ tear volume and squinting and blinking rates, they found no significant difference between the Gunnar glasses and the controls. So you might not want to get Gunnar glasses solely if you’re rubbing your eyes constantly because they’re dry.

Having said that, if your eyes are dry, Dr. Noecker has a few recommendations for what might help with that:

Increasing the humidity of the environment is helpful with a humidifier if possible; electronic equipment dries the air. Taking breaks to relax the eye muscles is helpful, using artificial tears to improve lubrication of the eye surface and remembering to blink more (blink rate is reduced 2-3 less than normal with computer use).

So, should you buy them?

Before you spring for special glasses, make sure you’ve first set up your workstation and adjusted your computer habits for optimum eye health. We have lots of advice and explainers (using science!) to help you out:

After following all those guidelines, if eyestrain or other vision problems still plague you, take the advice from Ars Technica:

Our advice if you’re interested in something along these lines? Go to the Gunnar Optik site and create a pair of glasses with the features you want, and check out the price. Then go to a local optometrist and see if they can beat the price with the same set of features. Buy whichever is cheaper.

Many optical shops have return policies and warranties (Gunnar and Ambr Eyewear issue refunds within 30 days), so you can test the computer eyewear out yourself to see (literally) if it makes a difference for you.