Do Not Install Your Microsoft Surface’s August Firmware Updates

If you own one of Microsoft’s latest Surface devices — the Surface Book 2 or Surface Pro 6 — you’ll want to pause Windows Updates for a little while, because Microsoft’s latest firmware could absolutely tank your system’s performance. If your laptop is already hosed, however, we have a few ideas for how you can fix it.

How will you know if you have a looming firmware update? Check Windows Update. You can’t miss it, though you’re also welcome to cross-reference your list of pending updates against Microsoft’s list of August 2019 firmware updates for your Surface device. 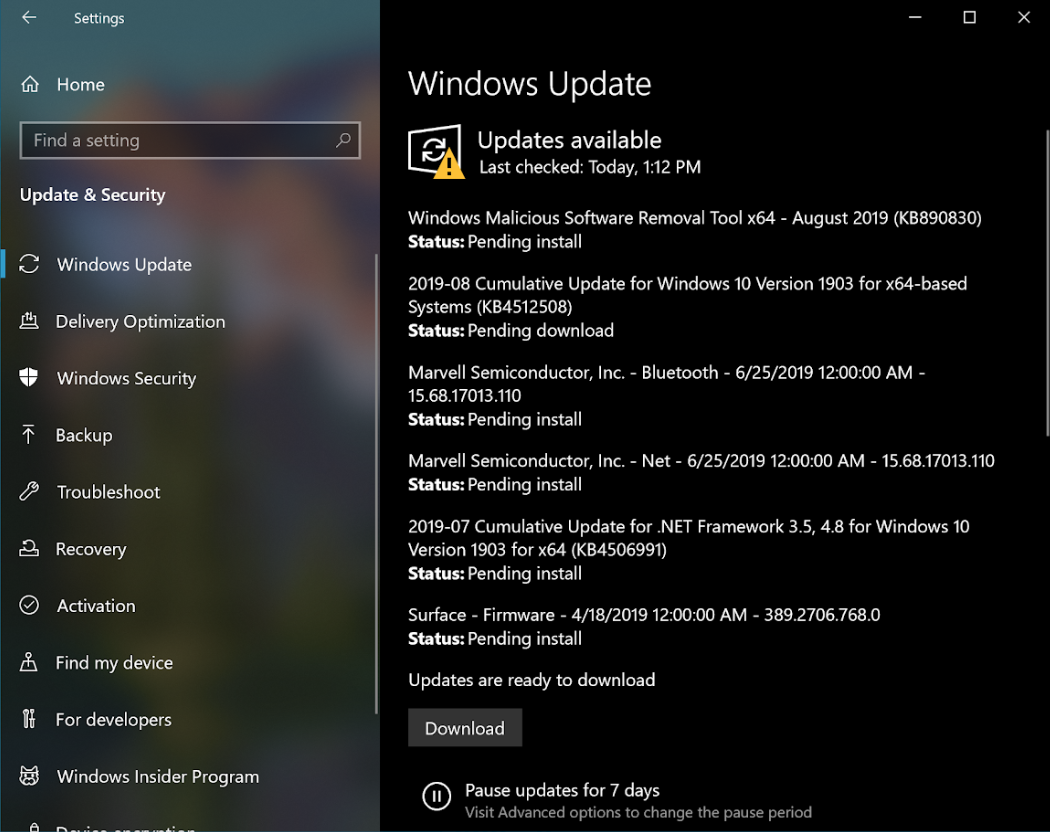 When you see any firmware updates from Microsoft’s list for August, you’re going to want to make sure you don’t accidentally install them.

If you’ve kept Windows 10 Home up-to-date since April, you’ll see a “Pause updates for 7 days” option right underneath the Download button in Windows Update. Hit that once, and then hit it as many more times as you want to prevent updates from automatically installing on your system for up to 35 days. 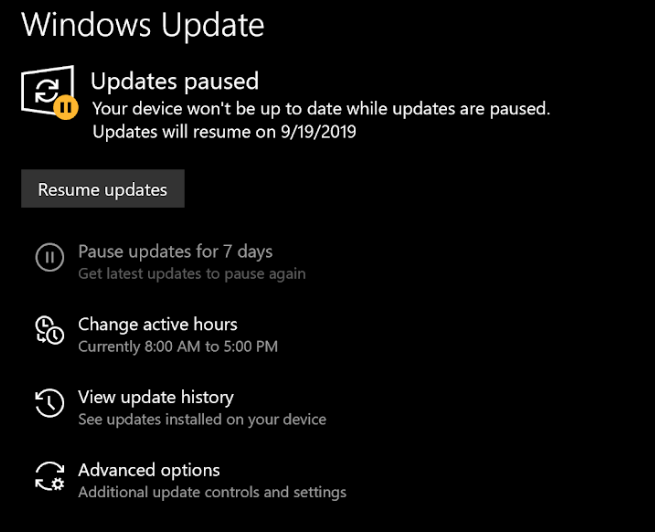 This should give Microsoft plenty of time to fix the issues plaguing some Surface Book 2 and Surface Pro 6 owners, which includes locking your CPU’s frequency to a mere 400Mhz — molasses slow.

Additionally, other users have reported that the August updates make it difficult to connect to 5GHz Wi-Fi networks, which is another huge issue given this is the only way you’ll be able to get the best Wi-Fi performance out of your laptop on a wireless-ac router.

What if I’ve already installed the updates?

If you’re seeing incredible performance drops or experiencing Wi-Fi issues because you installed the August firmware updates, you have a few possible solutions. Fair warning: The first one isn’t pretty.

To fix your super-slow CPU

Those experiencing painful slowdowns because their laptop’s CPU is suddenly running at 400Mhz (0.4GHz in your Task Manager) instead of something like 1.6–4.2Ghz (depending on your system’s specs) should try to wait for Microsoft to release an update that fixes this mess. I haven’t seen a specific timeline for that, but Microsoft says it is quickly working to address the issue.

If you’re in a bind and need to use your laptop right now, some affected users have suggested that you might be able to hard reset your system to fix it. Hold down the power button for 20 seconds or so, then power your system back up.

You can also try using the ThrottleStop app to disable BD PROCHOT, which tells your system to throttle your CPU when it detects your processor is getting way too hot. This might fix your problem, as it’s worked before with similar issues, but it’s unclear if it will directly address whatever is causing the CPU throttling from the August 2019 update.

Still, I’d give it a try, and don’t forget to re-enable BD PROCHOT if, or when, Microsoft launches its fix.

Otherwise, you can also take the arduous process of resetting your system — formatting your drive and reinstalling Windows 10, and then not installing the August updates (as previously mentioned).

You’ll have to set your system back up, reinstall all your apps and, obviously, recover your files from the big backup you should have made prior to doing this.

I wouldn’t go this route unless you had no other choice, but it isn’t the worst idea since a system running at 0.4GHz is basically unusable anyway.

Unfortunately, that is likely too slow for you to make an effective backup of your files, so this option might not be the best.

To fix your crappy Wi-Fi

This fix is a lot easier. If you’re having trouble connecting to 5GHz Wi-Fi networks after installing any August 2019 updates, pull up Device Manager via the Start Menu, click on Network adapters, select your Wireless-AC network controller (likely a Marvell), right-click, select “Properties”, click on the Driver tab, and select the “Roll Back Driver” option. 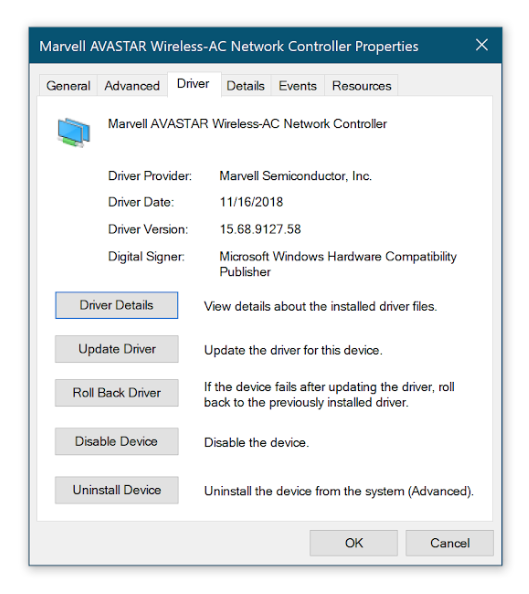 You might also have to repeat the same process for your Marvell Bluetooth driver, in case that is also contributing to your overall connectivity issues (as some reports suggest).