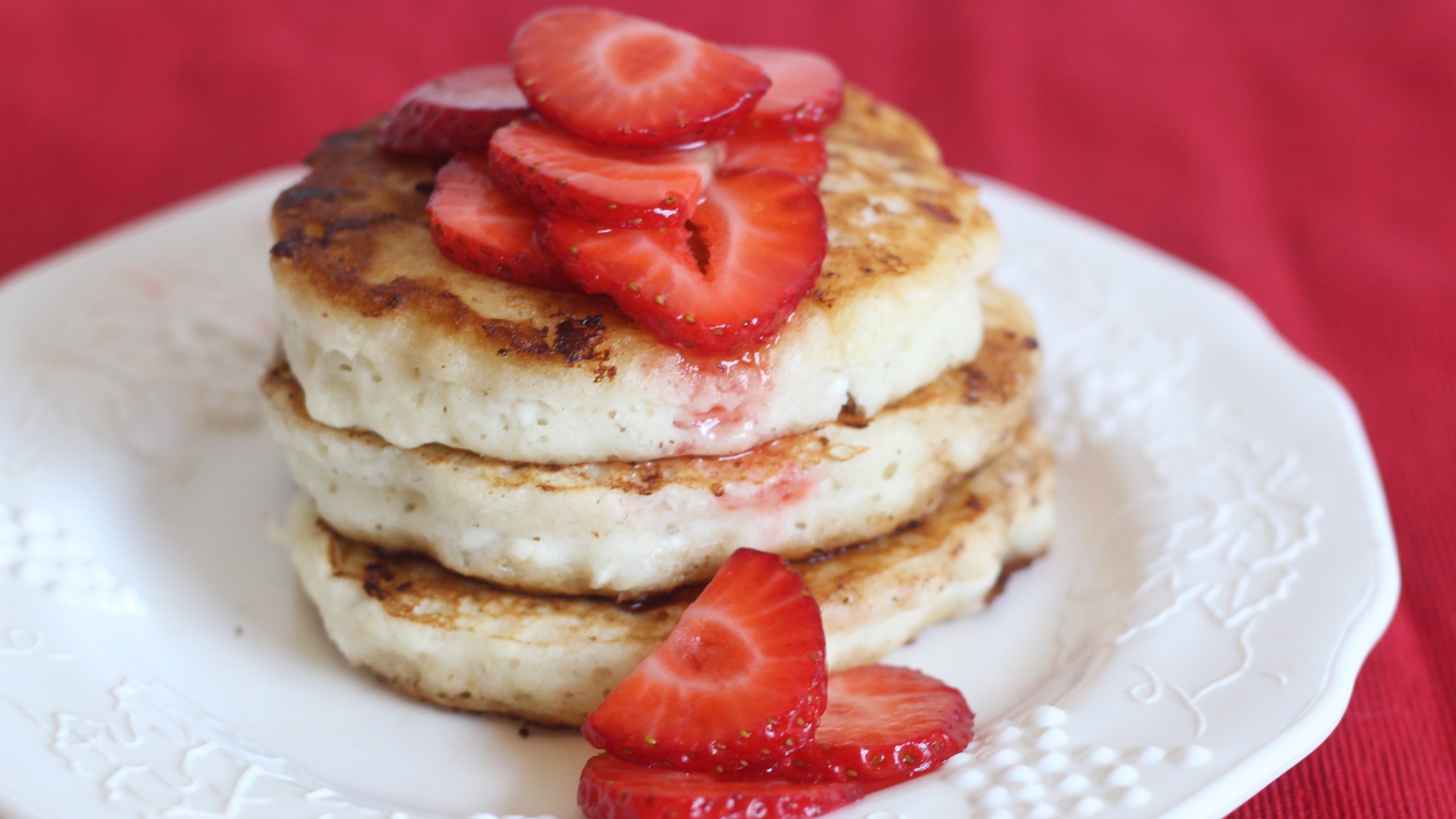 Photo: Claire Lower
To sign up for our daily newsletter covering the latest news, hacks and reviews, head HERE. For a running feed of all our stories, follow us on Twitter HERE. Or you can bookmark the Lifehacker Australia homepage to visit whenever you need a fix.

I am becoming increasingly concerned — alarmed, even —that my favourite food is cottage cheese. It’s an excellent, easy breakfast, makes a wonderful dip when whipped, and, I have just now discovered, is the secret to the fluffiest, sponge-cake-like pancakes ever.

They’re like ricotta pancakes, except tangier (and a little cheaper). You can make them from scratch like Food 52 does here, or you can just scoop some cheese into a box-mix batter, giving a not-so-homemade thing the taste and texture of something extremely homemade.

The cheese brings its own moisture, so you’ll need to cut back the water a bit. If you’re working with a box mixture, take the volume of water you would usually add, and divide it in half. Add that much cottage cheese, then add half that measurement for your water (so, a quarter of your original amount.)

Mix, evaluate, then drizzle in the last quarter portion until you have a pourable batter. For example: My box of Krusteaz calls for two thirds of a cup of water per cup of mix, so I added one third of a cup of cottage cheese, then about one sixth of a cup of water. I mixed that, saw that the batter was a little too thick, then added splashes as needed until I had a thick but still pourable batter.

I let the batter rest for a few minutes, then cooked the pancakes per the box instructions in sizzling butter over medium heat. The resulting pancakes were tender, custardy, thick and fluffy, with vague blintz vibes. Any little curds that poked out got all fried and crispy, creating a salty and sweet, tender and crispy bite of contrasts. Served with some quickly macerated strawberries—just toss sliced berries with enough sugar to coat and let ‘em hang while you fry—they were perfection.