When To Re-Check Your Bag For A Connecting Flight

Over the weekend, I learned a hard travel lesson: Don’t forget to grab your bag during a domestic layover while travelling back from overseas. I realised this after leaving security at Boston’s airport and frantically called upon the help of a Delta airline attendant. Despite my best efforts and the promise that it would appear at LaGuardia as soon as I landed, my bag still missed my flight.

Do you need to re-check your bag during every layover? Well, it depends on your travel plans and your airline’s exact rules.

If you’re on connecting flights between different airlines, generally, you will have to claim your bag and re-check it at a bag transfer station or at normal airline check-in counter, though there are notable exceptions. When flying to and from America, United will automatically transfer bags when you fly with any other Star Alliance airline members.

If you’re connecting with an overnight layover, you might also have to re-check your bag. Delta and Alaska Airlines specify on their websites that if your connection is 12 hours or longer, you’ll be responsible for re-checking your bag (and yes, you might also have to pay any necessary bag fees again, too). It’s important to research the requirements of your local carriers before you need them.

If you’re travelling internationally and connecting at a domestic airport on your way home (like flying back from Europe and connecting in Boston on your way to New York), you’ll also have to re-check your bag, as I very recently learned.

As the U.S. Customs and Border Protection writes on its website, when entering the United States from overseas, you are always responsible for bringing your luggage through customs and checking it back in to make your next flight. “Baggage not obtained after your international flight will not get to your final destination.” 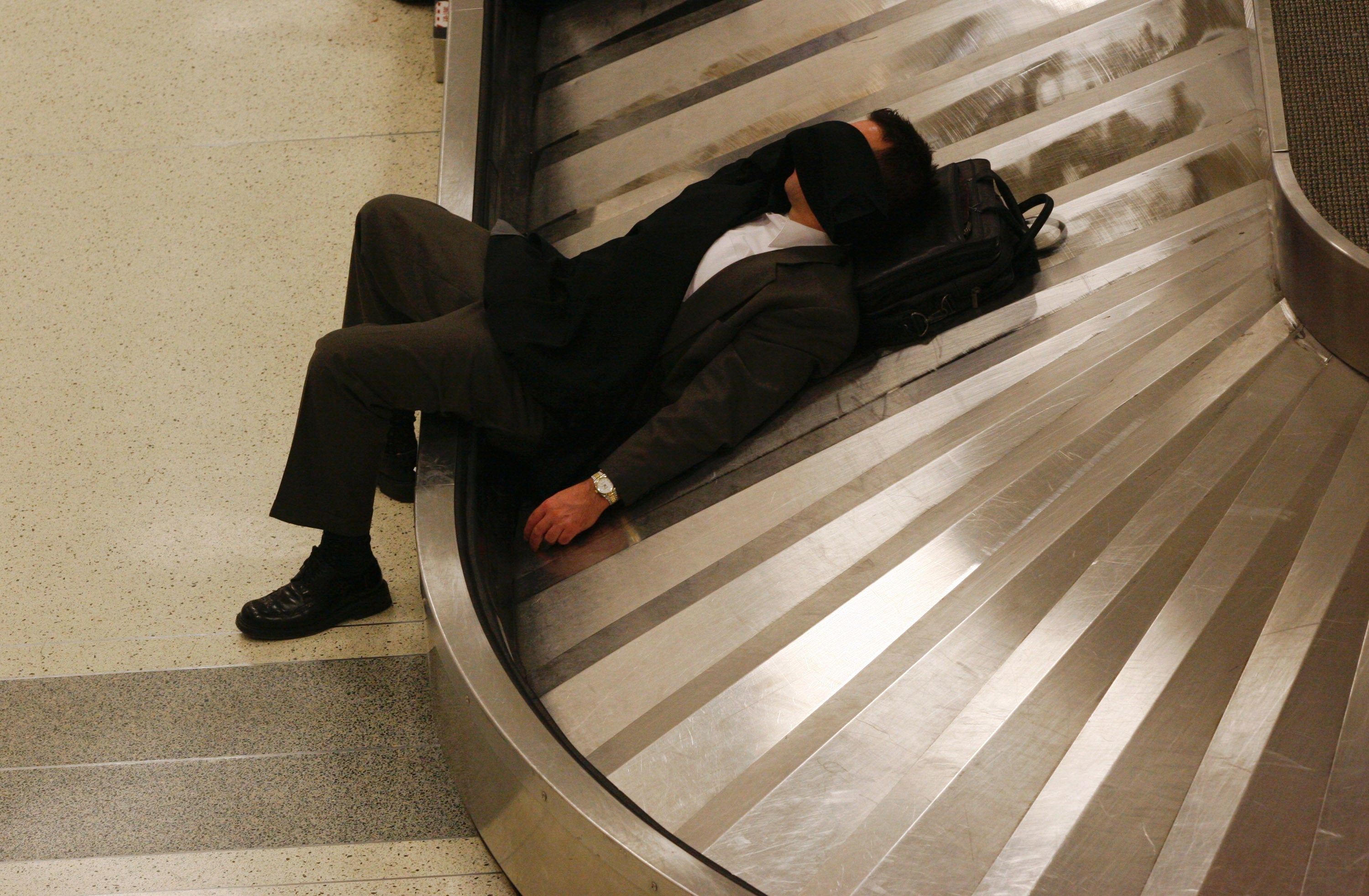 Ask an airline to check your bags to your final destination

Before you board your first flight, the easiest thing to do is to research your airline’s exact rules on through-check baggage policies or connections. Or just ask an airline attendant to check your bags to your final destination when you’re at the check-in counter. They’ll be able to to tell you if it’s possible or not.

“On a recent trip to Australia I found myself booked on an insane routing home that took a total of more than 58 hours,” Ethan Steinberg wrote for the Points Guy. “I was booked on two separate tickets on two airlines that I had thought had no relationship at all… An agent at the Thai Airways check-in counter made a few phone calls and verified the baggage services agreement… When I arrived at JFK 58 hours later, my bag was waiting for me.”

If you have an especially tight layover⁠ — as in an hour or less⁠ — it doesn’t hurt to call your airline and ask if it’s possible to check your bag to your final destination, too. You don’t want to run the risk of your bag missing the connection and arriving days later, after all.