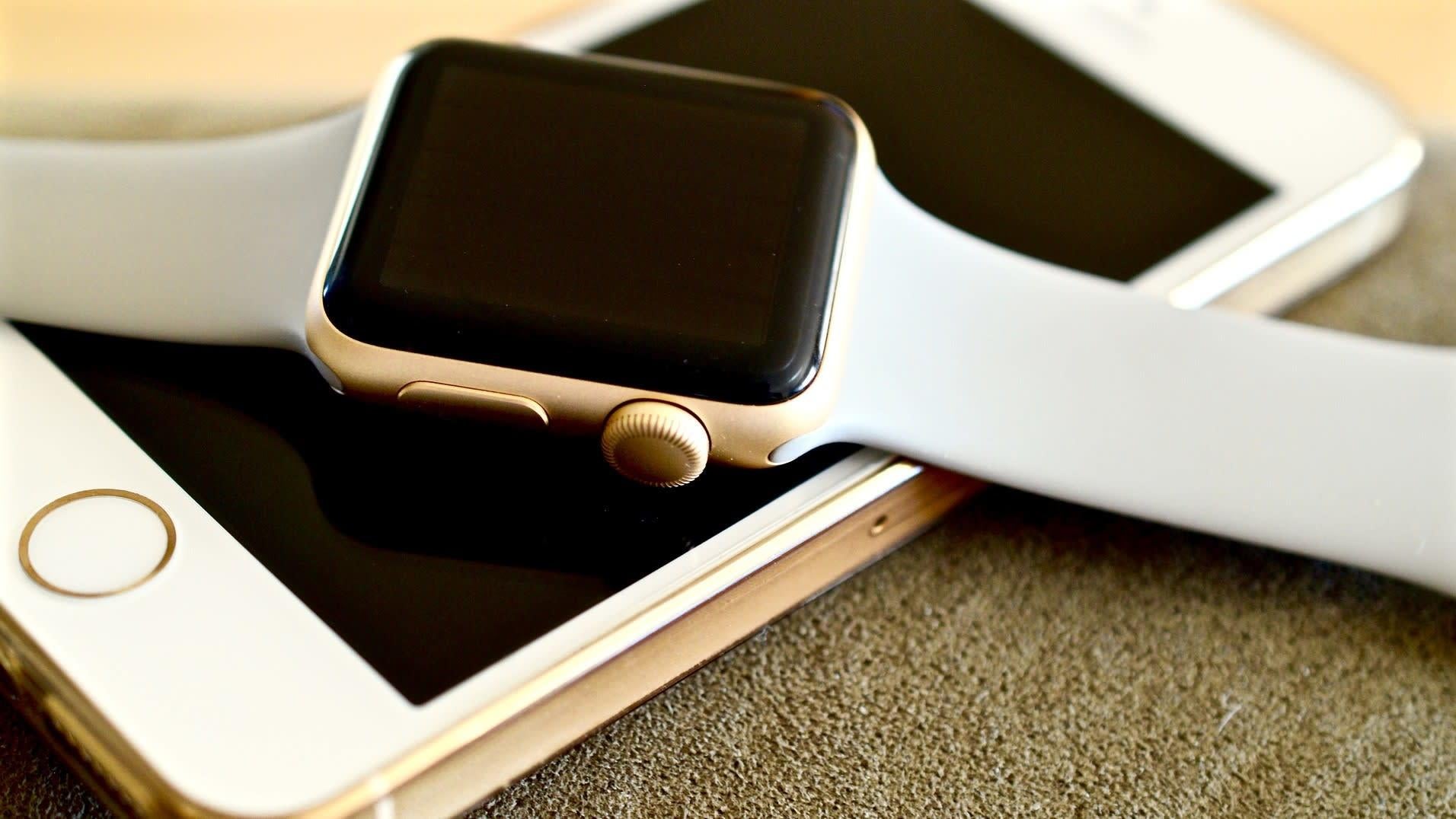 Apple has temporarily disabled the Apple Watch’s Walkie-Talkie app after discovering a bug that could have let others listen in on conversations. While Apple says no incidents of eavesdropping have been reported, the app is disabled until the vulnerability is patched (though it will still remain installed on your device).

It’s good to know Apple is working on a fix, but this leaves Apple Watch users without one of the device’s more unique, Dick Tracy-like features. If you don’t want to wait for Apple to fix up Walkie-Talkie, there are plenty of third-party alternatives that can fill the gap. Here’s a quick look at our favourite Walkie-Talkie alternatives: 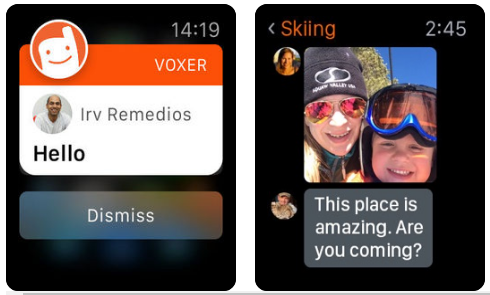 Voxer is a hybrid walkie-talkie and instant messaging app. You can send voice, text, and video messages; share photos directly; and create private group chats if you want to carry on conversations with multiple users. The app is free to use, but there’s a pro version ($4/month or $43/year) that adds some extra features like voice-to-text transcription. Voxer is also notable for having a dedicated Apple Watch app, rather than requiring a tethered iOS device. 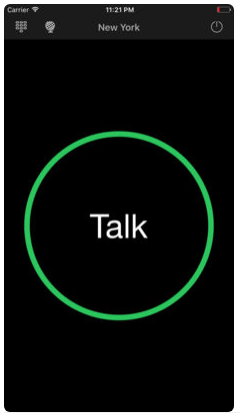 When I was a kid, my siblings and I once got chewed out by an anonymous person on the other end of our walkie-talkie channel. They were upset we were using his channel to communicate across our neighbourhood.

While we stumbled onto the channel by accident, that sort of random encounter over a radio signal is exactly what the free Two Way app was designed for. The app lets you openly communicate within geographical regions, though you can also tune in to specific broadcast channels for slightly more privacy.

There are no fully-private communication options on Two-Way; all channels are equally accessible to all users, meaning there’s always a possibility your conversation can be overheard.

Despite the complicated name, Walkie-Talkie – Communications is the simplest app on this list: just tune to the channel of your choice and just start speaking. There are no other settings or features beyond that. Other users will need to tune in to the same channel on their device in order to communicate. And that also applies to anyone else: since all channels are public, you might not be the only one on the line. 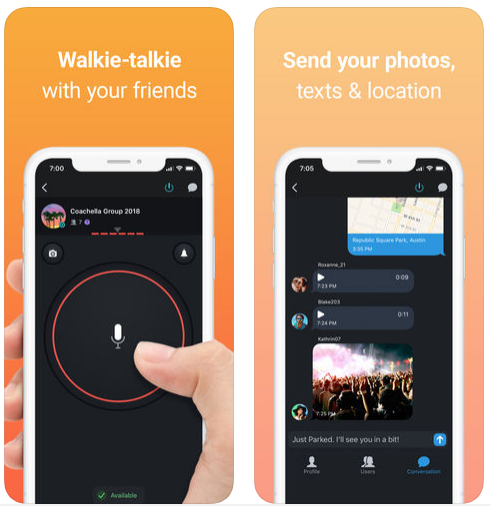 Zello is another multi-use communication app like Voxer. While it requires an internet connection, Zello lets you send instant voice, text, and media messages to your friends. It supports calls over wifi as well, and the app doesn’t pack in any annoying advertising.

That’s not all. Zello also comes with a number of other useful features, including message replay, group voice servers, and friends lists, in addition to its numerous communication options. These abundant extras might turn off users who want a simpler “push button to talk” app, but Zello is still one of the best of the best walkie-talkie apps of its kind—especially for emergencies.

This last pick isn’t really a walkie-talkie app – it doesn’t even use voice messaging – but the offline, decentralised communication app Firechat is more akin to real “walkie-talkie” technology than the other apps on this list. Here’s why.

Firechat, unlike the other apps on this list, uses Bluetooth and peer-to-peer wifi, so iOS (or Android) devices with the app installed can send messages directly to each other even if they don’t have a regular internet connection. The app’s developers claim it works for devices separate by up to 200 feet—great for keeping tabs on your party the next time someone splits off from your hiking group, for example.