Libra hasn’t even officially debuted on Facebook yet, but the highly anticipated cryptocurrency has already gotten a ton of interest – from scammers. In fact, it’s hard to tell who is more interested in Libra at this point: those looking to make a quick buck from cajoling you to jump in early so you can be a Bitcoin-esqe billionaire, or federal regulators who have plenty of concerns about Facebook’s track record with, well, everything.

According to a new report from The Washington Post, you’re likely to find plenty of Libra-themed offers on Facebook itself. This includes groups or pages claiming to be the “official” source for all things Libra — which is, of course, inaccurate.

You might see offers asking you to sign up, or contribute your own money, so you can be the first to get your hands on some Libra. You might even see lots of altruistic offers, where you’ll be guaranteed to get early Libra if you visit a few specific sites or, worse, download and run a particular app.

The best thing you can do right now regarding Libra, or its Calibra wallet, is to wait. Nothing is happening that you need to worry about. You will not miss out on a great virtual gold rush, nor an easy ticket to billions, because you didn’t take advantage of some random offer you saw for free (or early) Libra.

Libra is not Bitcoin 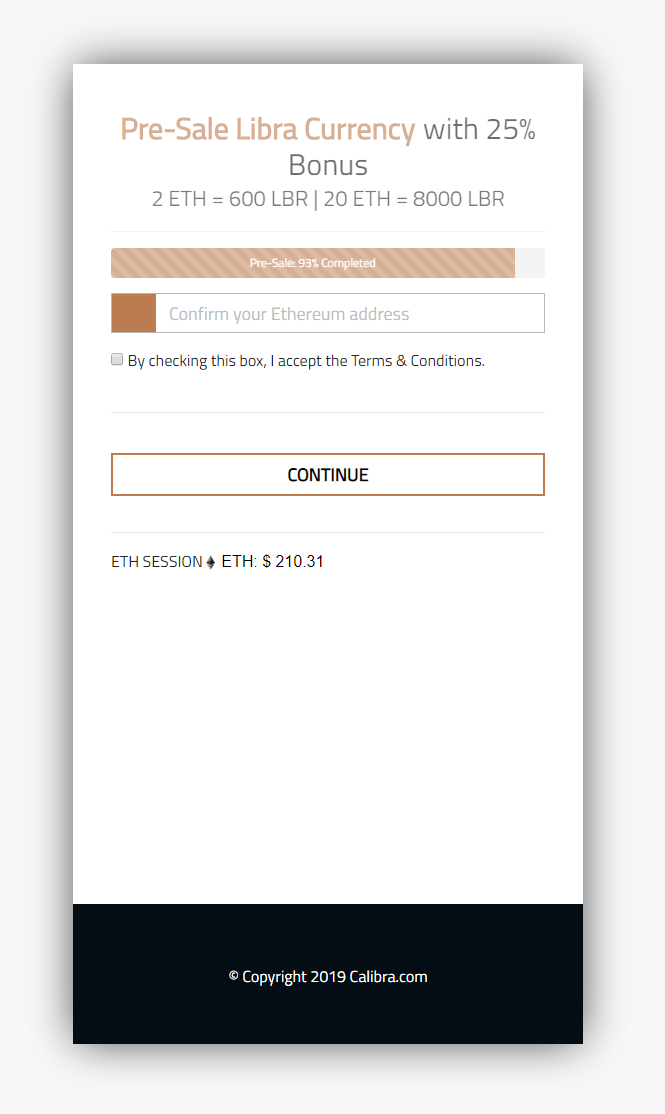 Do not do this. (Screenshot: David Murphy)

If you’ve looked into Libra at all, you should know that the cryptocurrency is designed to be non-volatile. In other words, its price will fluctuate — compared to, say, the US dollar — but don’t expect a Bitcoin-like rocket ship to riches.

It is as likely as a catastrophic meteor strike that the $100 worth of Libra you want to buy when it debuts will suddenly become $US1M in a year’s time. Nor will you be able to even mine Libra yourself. That’s all done by the Libra Association and it’s all based around market demand for the cryptocurrency.

You are not going to get extra Libra as part of any special pre-sale offers. Please do not exchange your actual cash, or other valuable cryptocurrency, for “early access” to Libra because you’re afraid you’re going to miss out on a valuation surge.

If you want to learn more about Libra or the Calibra wallet, these are the two official sites you should care about:

This is not an official Libra website. (Screenshot: David Murphy)

Don’t get suckered by sites claiming to be official Libra sites (or those that really look like they could be an official site). And as The Washington Post describes, don’t get tricked by “convincing-looking” entities on Facebook itself:

Roughly a dozen fake accounts, pages and groups scattered across Facebook and its photo-sharing app Instagram present themselves as official hubs for the digital currency, in some cases offering to sell Libra at a discount if viewers visit potentially fraudulent, third-party websites.

The spread of fakes — and Facebook’s inability to detect them on its own — could undermine Facebook-backed efforts to inspire confidence and satisfy the regulators now scrutinising the newly proposed global currency. Many of the fakes included Facebook’s logo, photos of Facebook chief Mark Zuckerberg or Libra’s official marketing imagery.

If you’re getting bombarded with Libra-themed emails, be wary about the offers or applications they promote. Though there’s not much for an attacker to phish right now, since neither Libra nor the Calibra wallet have even been officially released yet, there are plenty of reasons why unscrupulous parties would love to get their hands on your typical login information (or install ransomware or malware on your system). As Bitcoin’s official website advises:

Hackers have become very creative at finding ways to steal from people. When sending bitcoin, always be sure to double or triple check the address you’re sending to. Some malware programs, once installed, will change bitcoin addresses when they’re pasted from a user’s clipboard, so that all of the bitcoin unknowingly gets sent to the hacker’s address instead.

Since there is little chance of reversing a bitcoin transaction once it’s confirmed by the network, noticing this after the fact means it’s too late and most likely can’t be recovered. It’s a good idea to be super-cautious about what programs you allow to have administrator access on your devices.

I absolutely understand the anxiety many people likely had the minute Facebook announced Libra. These same people probably read countless stories about Bitcoin billionaires, or maybe even had a friend who found 100 bitcoins sitting on an old hard drive and is now buying a mansion from the proceeds.

My best advice for Libra is this: This cryptocurrency is not a get-rich-quick scheme, an easy “IPO” of sorts you can take advantage of to be filthy rich in a few years. Do not treat it like a golden ticket. Those attempting to entice you to get involved with Libra at the ground floor are looking to become rich themselves — from scamming people who don’t know any better.