Score An Upgrade By Obsessively Checking Seats Before A Flight

One of the best tips I can give any flyer who doesn’t want to pay stupid fees for the slight extra legroom of “premium” seating is this: Check your seat assignment constantly.

Here’s what I mean. I recently booked a flight to New York on Alaska Airlines, which allowed me to pick my seat for the flight. Obviously, moving up to an extra-leg-room seat would cost money, and a quick Seatguru check clued me into the fact that only plebeian regular economy seats were available — no exit row, even. 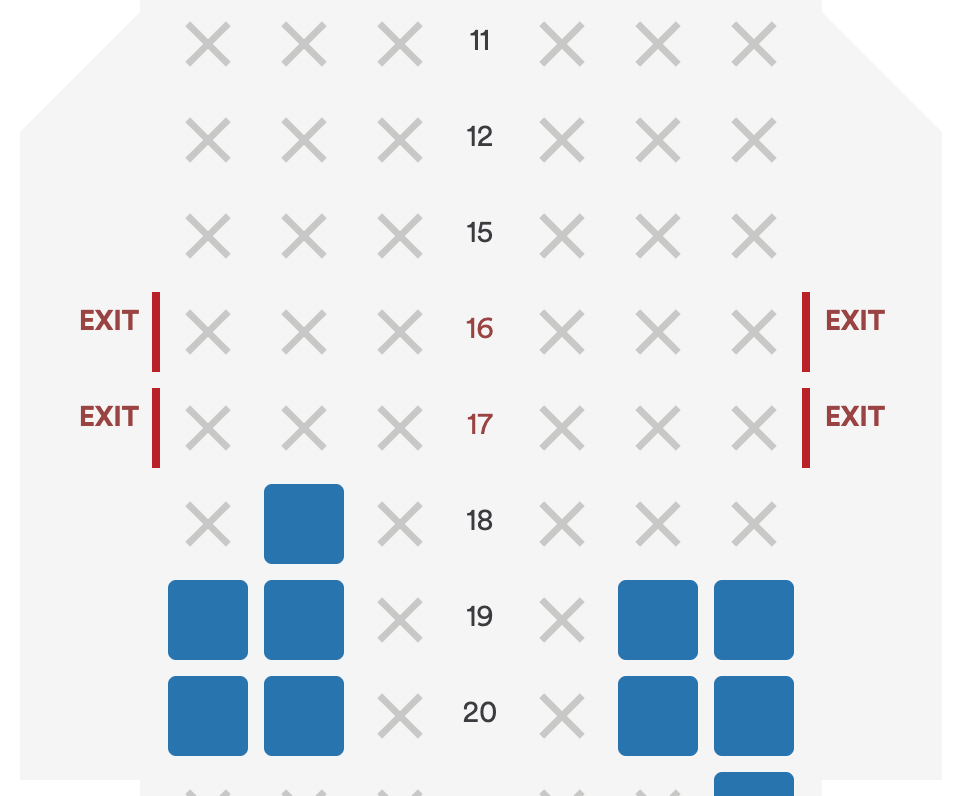 I planned my seat strategically, opting for a window seat farther back in the plane — in a row already occupied by someone in the aisle seat — in the hopes that the flight wouldn’t sell well and nobody would want the dreaded middle seat. And I checked available seats constantly in the Alaska Airlines app, at least once a week leading up to the flight and every single day the week of my flight.

Though my original plan was foiled because someone took that middle seat, I had the last laugh. A few days before my flight, Alaska Airlines suddenly opened up both exit rows for anyone to take. I quickly put in a seat change to that, scored an exit row, and enjoyed copious legroom for my 196cm self the entire five-plus hour flight. (I did the same trick for the trip home.)

Will this work on any carrier? No. Carriers that squeeze you for even the most paltry seat upgrades are likely never going to let you reassign yourself to something more expensive for free:

It’s still worth checking for open seats as your flight date gets closer. Perhaps a premium seat will get a price reduction. Maybe you’ll get to jump out of the middle seat to an aisle or a window because someone else decided to upgrade. You might even get the coveted exit row.

For what it’s worth, I’ve also learned that this trick — diligence, really — also works well for events you’re looking to attend. In my case, I wanted to get in a viewing of the Tony Award-winning Hadestown during my trip, but everything was sold out on the days I could go (save for those godawful, marked-up “verified resell” and “premium seating” options on Ticketmaster).

The prices are *much* lower when I took this screenshot, as people are looking to unload for tonight’s performance. (Screenshot: David Murphy)

Two weeks before my trip, I was absentmindedly checking Ticketmaster’s site for those dates once again, and I saw a miracle: Around six to eight box seats available for normal prices. One call to Ticketmaster later, and I was seeing Hadestown with awesome seats and without paying scalper fees — or running the risk that day-of tickets might also sell out before I could get one.

So far, being maniacal about seats has paid off in every single instance of my New York trip, and it’s taught me the value of checking, checking again and checking even more. You never know what could pop up.