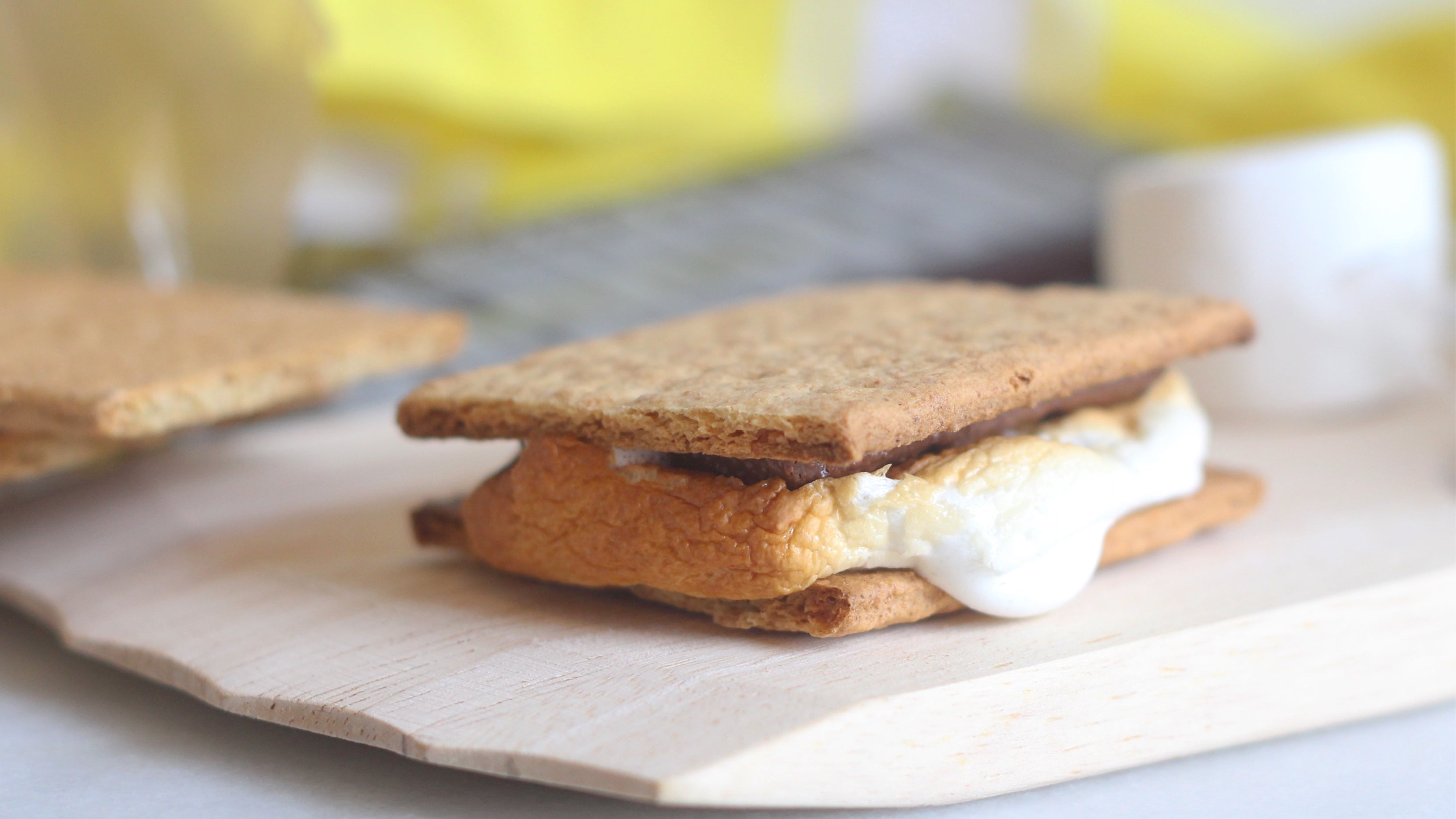 Photo: Claire Lower
To sign up for our daily newsletter covering the latest news, hacks and reviews, head HERE. For a running feed of all our stories, follow us on Twitter HERE. Or you can bookmark the Lifehacker Australia homepage to visit whenever you need a fix.

S’mores are the perfect treat for a cold winter’s night, but you shouldn’t have to freeze to death crouching over a weak campfire to enjoy them. In fact, s’mores can be cooked indoors just as well as they can outdoors.

I’ve also always thought that cooking indoors rules, as it is free of bugs and dirt – two things I try to avoid when cooking and eating. But even if those creepy-crawlies and pieces of earth weren’t an issue, your indoor kitchen still has one major advantage when it comes to s’mores: the grill in your oven (also known as the broiler). 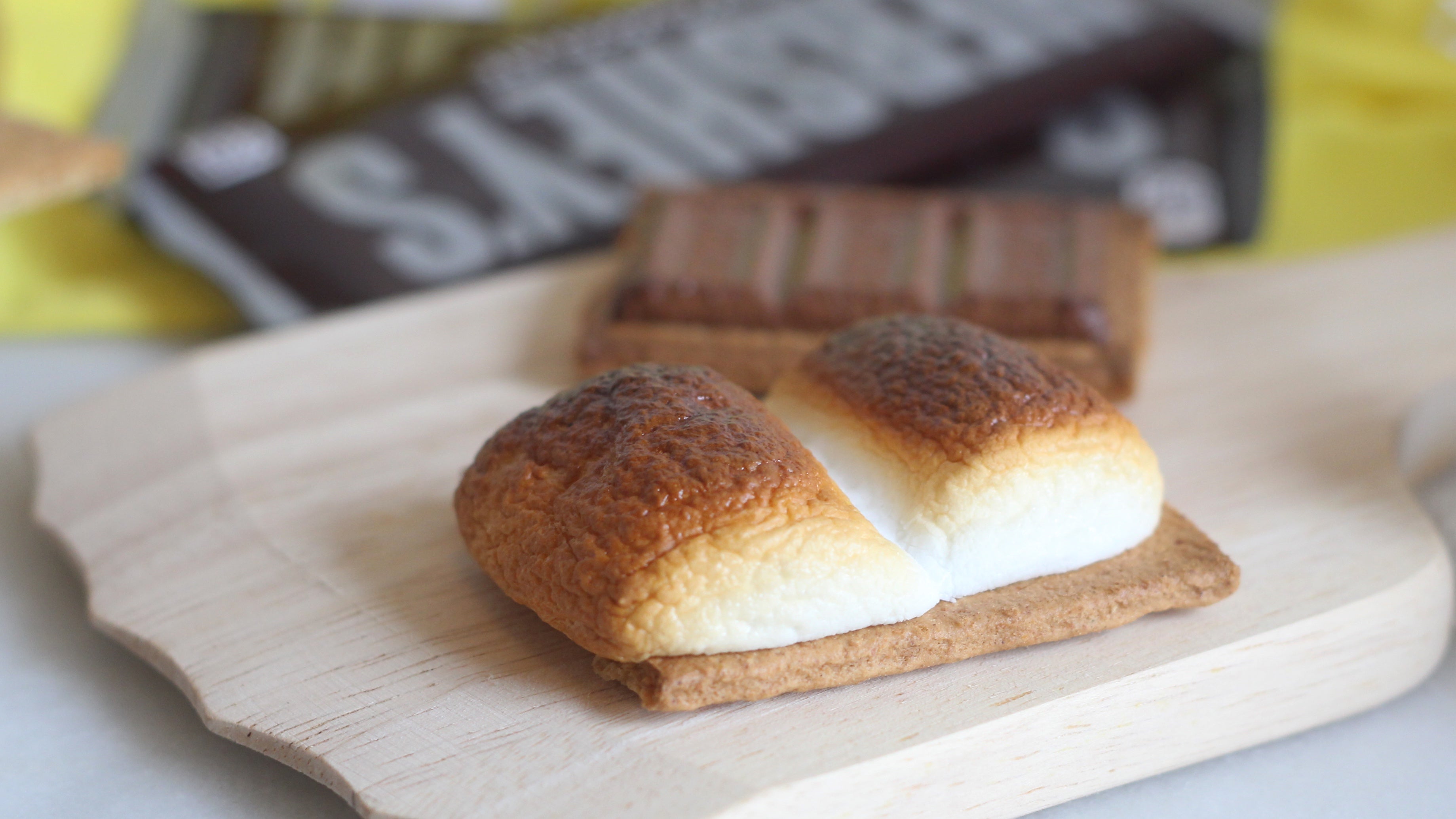 Cutting the ‘mallow in half increases surface area for browning. (Photo: Claire Lower)

Cooking over a campfire is fun and romantic, but it lacks nuance. The untamed flames make controlling the toastiness of your marshmallow a little challenging, and it makes melting the chocolate, which you cannot skewer on a stick, near impossible (though placing a biscuit with a piece of chocolate on it near the fire can help melt it).

Under an oven grill, your marshmallow browns at a controlled, even rate while your chocolate melts. The grill also toasts the edges of the biscuit, which I think is a nice touch. For maximum toastiness and biscuit coverage, I recommend slicing your marshmallow in half, lengthwise, before placing it, sticky side down, on the biscuit. 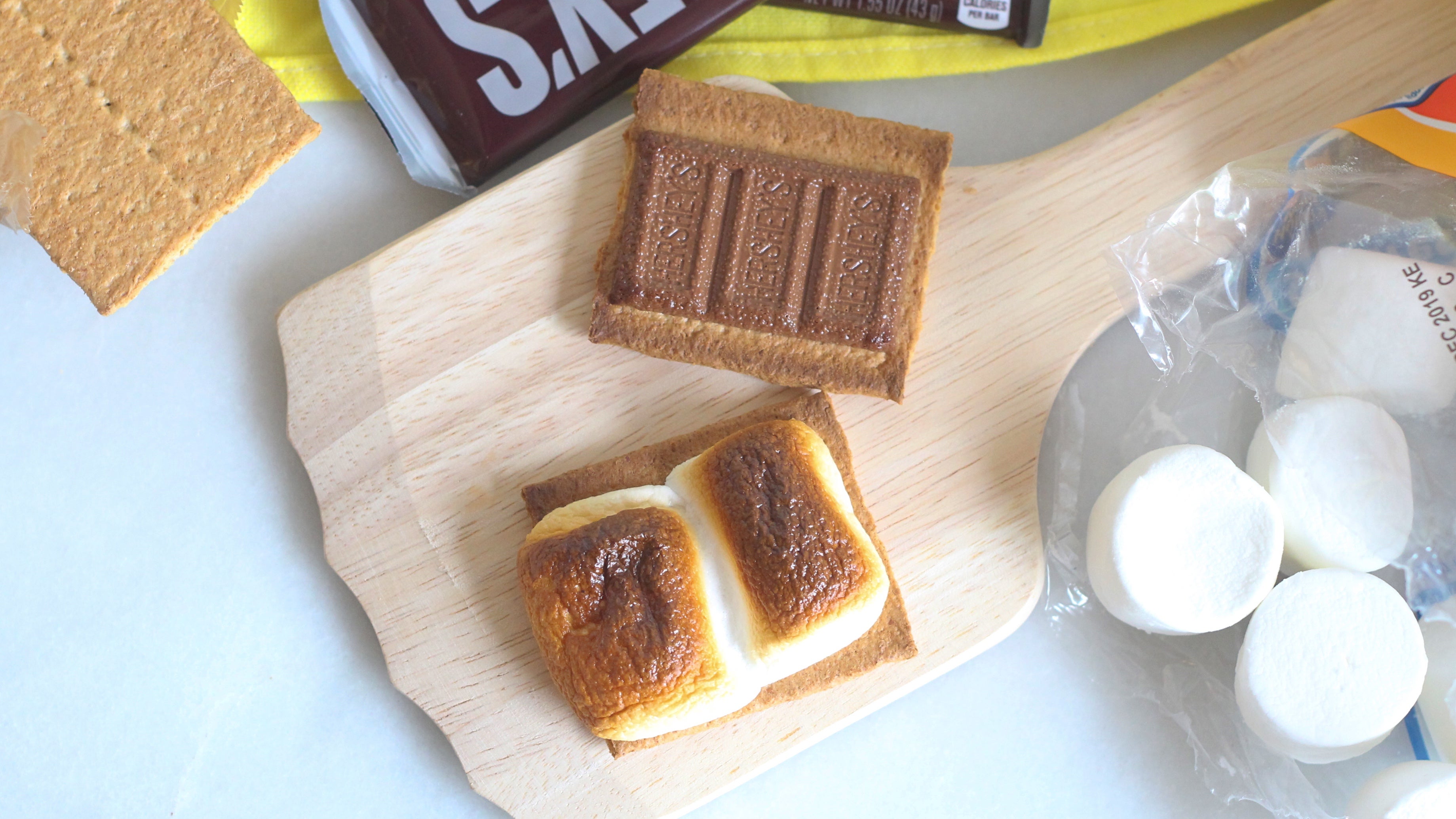 Two words of caution: constant vigilance. Depending on how high your oven is set, and how close your s’mores are to the heating element, the browning and melting can happen extremely quickly, usually within a matter of minutes. Being a control freak, I just hover in front of the oven, and yank them out the moment they reach that just-past-golden-brown point, but you do you.

Easy Indoor S’mores (makes four, but scale up as needed)

Break each biscuit in half (if large), and slice each marshmallow in half vertically. Place the marshmallows on four cracker halves, and top the remaining halves with chocolate segments.

Lay everyone out on a sheet pan, then place on a rack positioned a couple of slots away from the heating element. You want it close, but not too close.

Close the oven, turn on the grill, and watch and wait. When the ‘mallows look toasted to your liking and the chocolate is melty, whip the pan out, sandwich it all together, and enjoy.

You can even take ‘em outside, if you that’s what you’re into.