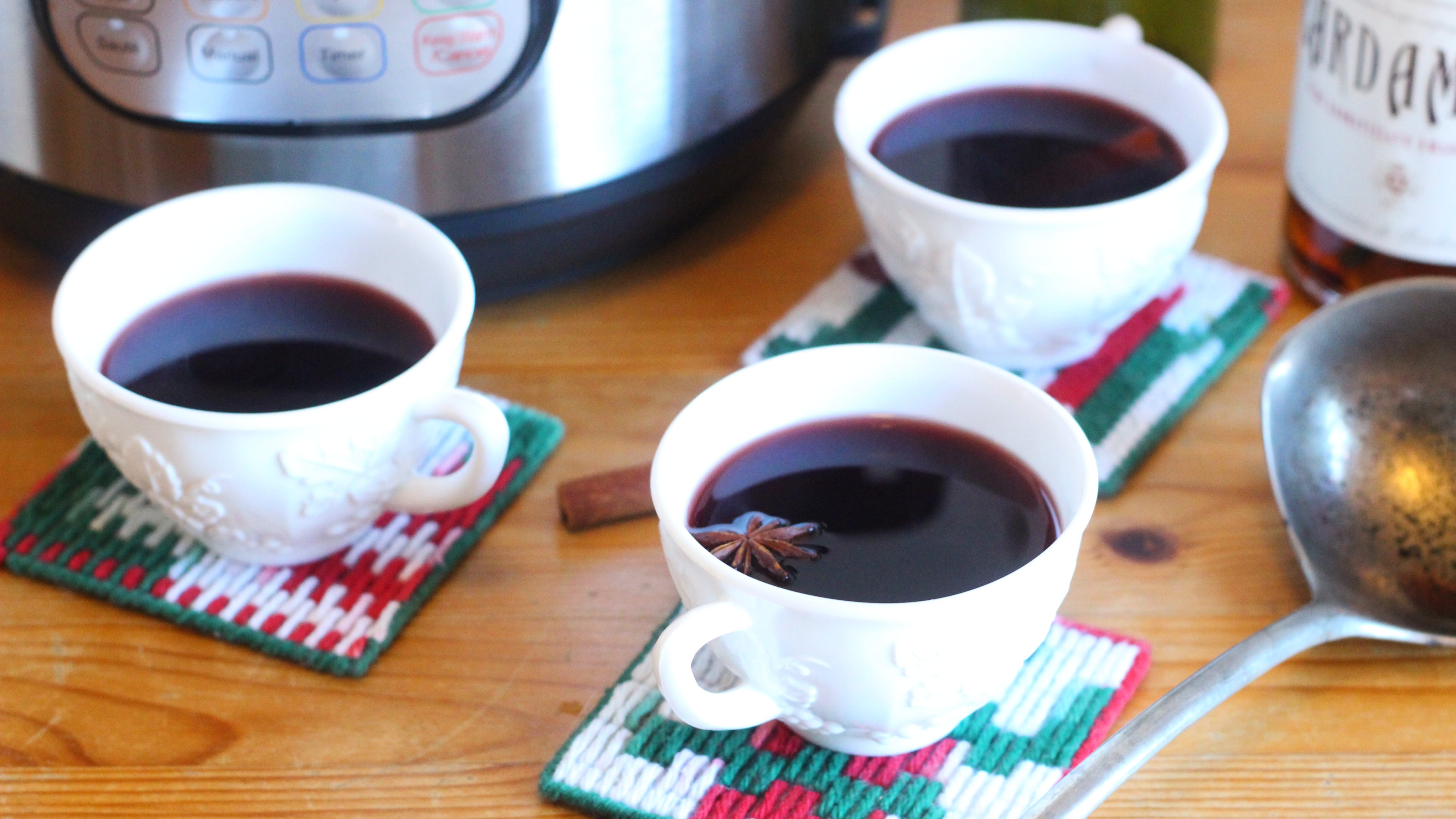 It is not a hard beverage to make on the stove, but you know how much I hate paying attention, and I’d rather fix and forget than watch a simmering pot.

Though a pressure cooker is not suitable for liquor — it will catch on fire — wine has a low enough ABV that you can use the pressure cooker to infuse it with warm, wintry spices. Pressure cooker mulled wine is also the most speedy pressure cooker recipe I’ve ever developed — you literally set the cook time to zero minutes. By the time the cooker gets up to pressure, the wine will be quite infused.

Other than wine and spices, you can add apple and orange juice, as well as sweet and spicy Cardamaro (moscato), which is added after pressure cooking because, once again, liquor in the pressure cooker is a hazard to your health. To make it yourself, you will need:

Add the wine and apple juice to the pressure cooker and remove the zest from the orange with a peeler, taking care to remove as little white pith as possible.

Stick the cloves through a few strips of zest, then add all the zest to the pot, along with the juice of that same orange. Add the star anise and cardamom, and seal her up.

Press the “Manual” or “Pressure Cook” button (or equivalent settings on your cooker) and, using the “+” and “-” buttons, set the time to zero minutes. Once the cooking time is elapsed, press “Cancel” and let the pressure release naturally for 10 minutes, then release any remaining pressure manually.

Keep the wine warm, and stir in the liqueur and honey. Serve to friends in pretty mugs, garnishing with cinnamon sticks (which would be kind of expensive), strips of citrus zest or freshly grated nutmeg.