Is Dropbox Transfer Better Than Other Free File-Sharing Services?

Sharing files over the internet is nothing new, but the process has evolved since the halcyon days of finicky FTP servers and dodgy P2P programs. Now, it’s easy to send large files with a simple web app or cloud service, like Dropbox, and the latter is planning to make this even easier with a new, free file transfer service called Dropbox Transfer.

What is Dropbox Transfer?

Dropbox’s normal service is based on sharing and syncing the same files between multiple users via a single cloud drive. While you can technically share files hosted on a Dropbox, any edits or changes affect the file for all users – if someone uploads a file, and another person deletes it, it’s deleted for everyone.

With Dropbox Transfer, users instead send a copy of a file that another user (or users) can download. The original file remains on the sender’s Dropbox for them to do with as they please. If they delete it, anyone who was sent a copy via Dropbox Transfer can still download that version. 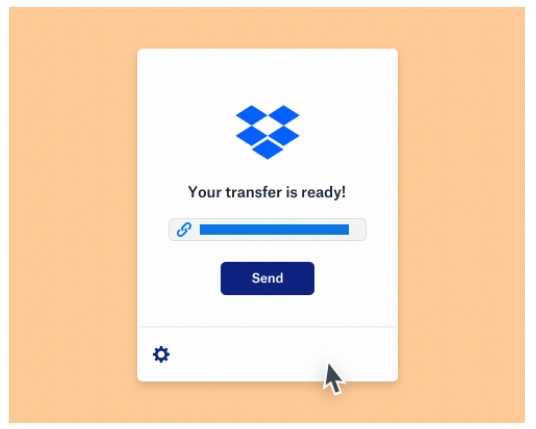 The big difference between Dropbox Transfer and other file-sharing services is the data limit: Dropbox Transfer lets users send files up to 100GB in size for free, which is a pretty big deal. Most other file transfer services cap their size limits between 2-10GBs if you’re lucky. Anything above that will cost you money.

In fairness, the public version of Dropbox Transfer will probably have file-size limitations for free users (a free Dropbox account can store a max of 2GB of cloud storage, after all). We won’t know for certain until the final version of Dropbox Transfer debuts. It’s currently in beta, which means you’ll have to sign up for a waitlist if you want to check the service out early.

How Dropbox Transfer compares to the competition

If you don’t want to wait for a Dropbox Transfer beta invite (or the public launch, if you don’t get into the beta), there are plenty of other services you can use to send files for free. Some of them might not be as awesome as Dropbox’s 100GB limit, but they’ll do in a pinch: