How To Speed Up Your Android Hotspot Connection

Being able to turn your smartphone into a miniature access point that can give other devices an internet connection, like your laptop, is one of the best features ever. It’s saved my bacon plenty of times, those rarer moments when I need to use my laptop for something (like editing a Lifehacker post), but can’t access any nearby Wi-Fi.

Though it’s pretty easy to set up a Wi-Fi hotspot on your iOS or Android smartphone, there’s one little tweak you’ll want to make if you’re an Android user to ensure that you’re getting the best possible speeds for the devices you’re connecting to your smartphone hotspot. (Sorry, iOS users, you’re out of luck on this one.)

As CNET explains in a recent post, you’ll want to make sure that your Android device is creating its secondary Wi-Fi network on the 5GHz band, not 2.4GHz.

As we’ve previously explained, the oversimplified way to think about Wi-Fi bands is that 2.4GHz can give you longer ranges at reduced speeds, and 5Ghz can give you crazy-fast speeds at shorter ranges.

While you should always test whether it makes better sense for a device to use the 2.4GHz or 5GHz band, that’s more for when you’re walking around your house or apartment — you might get a stronger connection at a distant location on 2.4GHz than 5GHz, for example.

When you’re setting up your smartphone as a Wi-Fi hotspot, odds are good that your smartphone is sitting pretty close to the other devices that need internet access. In this case, it makes the most sense to force that hotspot to use 5GHz for its Wi-Fi network, not 2.4GHz.

To set this up, you’ll want to navigate to the Wi-Fi hotspot option on your Android device, likely found within its Settings > Network & Internet screen (or whatever it’s called on your specific Android). Here’s what that looks like on a Pixel 3, for example: 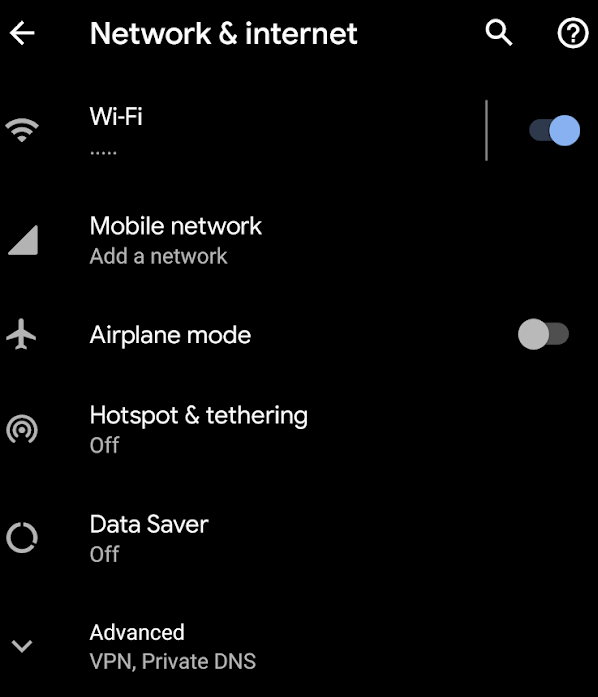 Once you turn on your Wi-Fi hotspot (or start the setup process), you’ll want to look for a configuration or advanced settings screen. Again, different Android devices have different screens for this, but it shouldn’t be difficult to find your hotspot’s settings. On the Pixel 3, that’s as easy as tapping on the “Advanced” section in the place where you turn the Wi-Fi hotspot on and off. 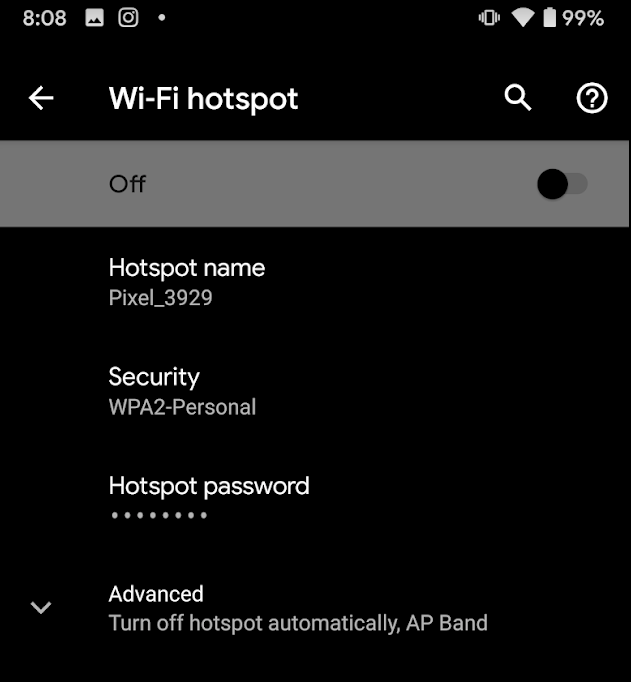 Once there, look for an option that allows you to change the hotspot’s Wi-Fi band. If you’ve never done this before, then it’s defaulting to 2.4GHz for your hotspot’s Wi-Fi network. You’ll want to set that to 5GHz. 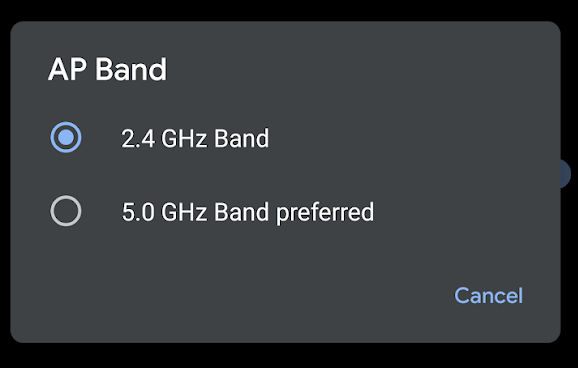 While you probably don’t need to turn your hotspot on and off to ensure your changes go through, it doesn’t hurt. If you’re really curious, you can then use a Wi-Fi scanning app to confirm that your hotspot’s network is running on 5GHz, not 2.4GHz.

You could also run a “before” and “after” speed test from a device connected to your hotspot’s Wi-Fi network if you want to measure the speed difference.