Never Leave Anything Behind In A Hotel Room With This Trick

In 2018, Travelodge, a UK-based hotel chain, put together a list of the weirdest things travellers left behind in their rooms—which include three goldfish, an entire ice cream truck, and two Persian cats. Back in 2016, someone also left their Shetland pony named Pudding at a Travelodge hotel. (Thankfully, he was later claimed).

This week, USA Today offered a few tips on how to check out without forgetting any of your important belongings (or pets). If you’re the forgetful type, it’s important you organise your things the right way and set up reminders for yourself before you finally check out for good.

Don’t stash your belongings away

If you’re a traveller who tends to unpack as soon as you arrive, you might want to reconsider how you unpack. As one hotel’s director of loss prevention tells USA Today, most items left behind tend to be those that are tucked away (like under beds or in closets and drawers). Instead, he suggests leaving belongings in visible spaces, like on countertops, so you won’t leave the room without them.

I tend to designate specific areas for possessions, like a particular chair or a countertop, rather than sprawl out across a room. Ideally, you’ll want to consistently keep these things in the same place every time.

If it’s a short trip, I’ll often choose not to unpack if I want to ensure I won’t forget anything or I’ll return certain items to my luggage throughout the trip, so there isn’t a realistic way for me to forget them.

Perhaps the easiest way to ensure you won’t forget anything before leaving a hotel room is to come up with a list of the items you absolutely cannot forget, or refer to the packing list you already have.

Though there are more advanced note-taking apps, I just use the Notes app on my iPhone to write up a packing list and place an asterisk next to items I can’t leave without or might very well forget. (Sometimes, I’ll also write up a separate list for what will go in my carry-on versus my checked bag.) 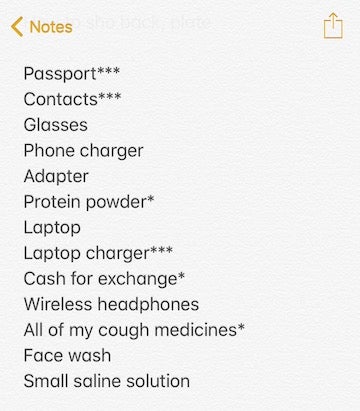 Yes, I prioritise my protein powder over my laptop (but it’s also because I’m far more likely to forget my protein). This list doesn’t have to be exhaustive, either; just write down items you can’t easily replace.

Leave a shoe in your safe

Here’s another tip we’ve written about before: If you leave a passport or other valuables in a hotel safe, pack a shoe along with it, as one British Airways flight attendant recommends.

The idea is that if you leave one shoe with your valuables, you won’t leave your room without it, unless you’re generally accustomed to being barefoot in public. This goes for any other daily necessity you can’t leave your home without, like a pair of headphones.

As another reminder, you might even want to photograph the items in your safe using your phone (and send the photo as an attachment to your email, if you check your inbox often). 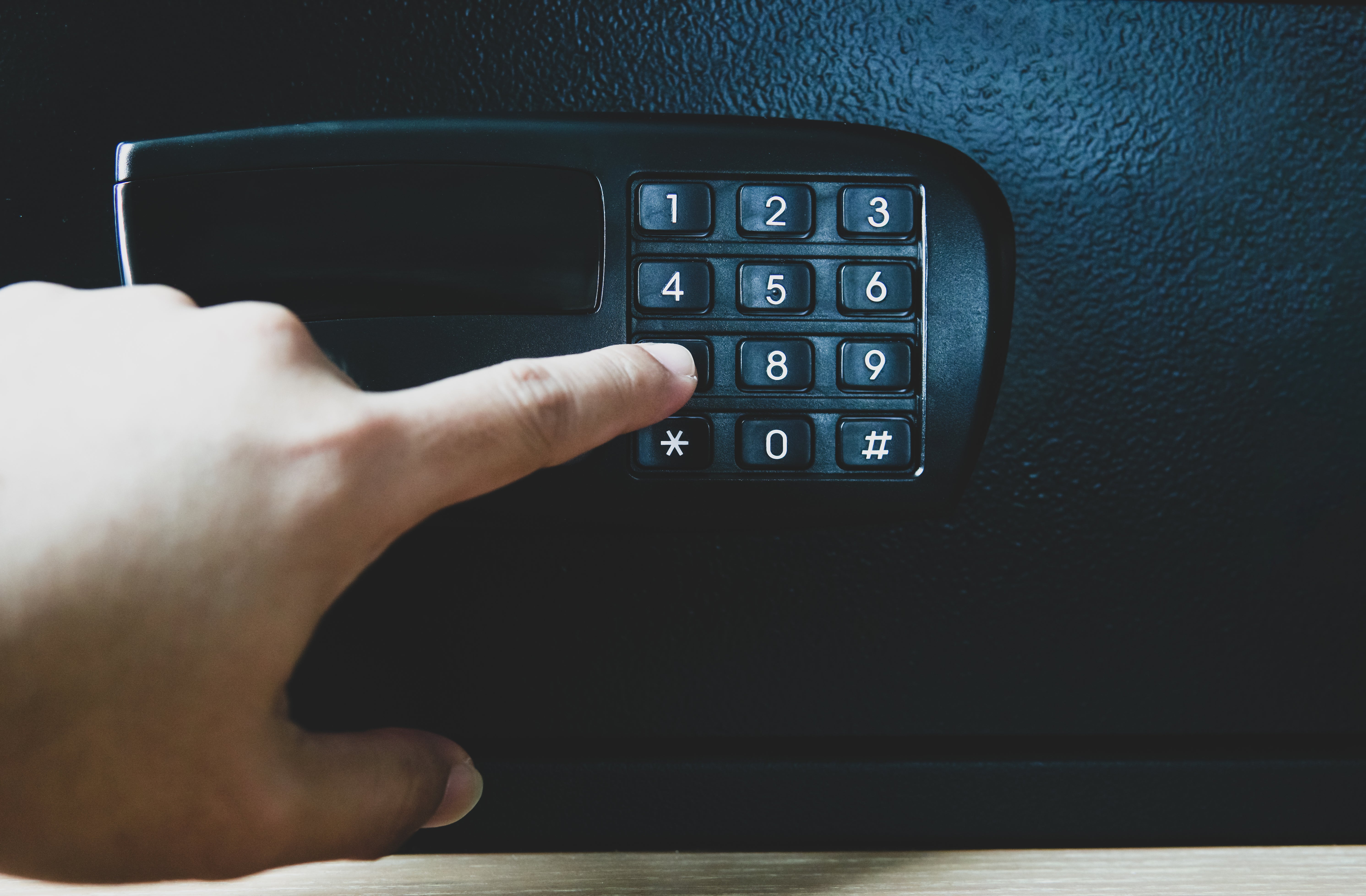 Scan the room before departure

Obviously, before checking out, you should have a thorough room scanning procedure down pat. Here’s how Christine Sarkis at Smarter Travel, who’s trained in emergency search-and-rescue training, approaches the process:

I find a starting place, usually the front door, and I walk through the room, checking the floor, surfaces, and any closets or drawers as I pass, making sure to look under things like beds and tables.

Because I’m usually staying in a normal-sized hotel room (pity the poor fool with a suite; they would need at least half a minute for this), this process takes about 15 seconds. I’ve then got another 15 seconds to head into the bathroom and look everywhere—the counters, any drawers, the bathtub (sometimes I forget that I’ve hung laundry there to dry), and the back of the door.

In 30 seconds, I’ve just cleared the whole room and gathered any straggler items (there’s usually at least one). On my way out the door, I check the safe, just in case. As an additional reminder to check the safe, I often put a sock or scarf on the inside knob of the hotel door to remind myself to retrieve my valuables.

And if you do forget something, it’s not the end of the world (yet). You should contact the hotel and ask if they have a lost and found. As Washington Post writes, hotel lost and found laws vary by state, country, and hotel size. Generally, however, they’ll try to accommodate you.

“If an item is found by hotel employees or other guests and is of a certain value, it’s placed in a secure location or a safe,” John Wolf, a spokesman for Marriott International, told the Post. “Guests are asked to identify and describe the lost property. When an item is claimed, the guest’s information is added to the log for our records.”

As one Reddit thread mentions, if they’re able to locate your things, they may be able to mail it to you, but you’ll likely end up paying shipping costs.

In this instance, it’s worth weighing the costs out; if it’s a phone charger, maybe it’s better to replace it altogether. If it’s the phone itself, well, that won’t be as easy to replace.