How To Control Videos And Music From Chrome’s Toolbar

While Chrome has let users mute audio in individual tabs for some time, Google is currently testing a new media control feature in the browser’s latest Canary build. When enabled, users can play, pause, and skip/rewind audio and video content directly from the browser’s toolbar – incredibly convenient for silencing (or starting) Spotify while you work, for example, even if you’re not looking at the Spotify tab.

Google teased this feature for some Chrome users in a previous stable version of the browser, but it disappeared just as suddenly as it appeared. Hopefully Google is finally bringing the feature back – this time for good.

How to turn on Global Media Controls in Chrome Canary

If you don’t want to deal with Canary, you can get similar controls with various Chrome extensions, but their functionality is limited to only specific apps and media.

In contrast, Chrome’s new controls are universal. They work the same for all supported media, and they let you pause and play media that’s blasting from a number of sites and services. 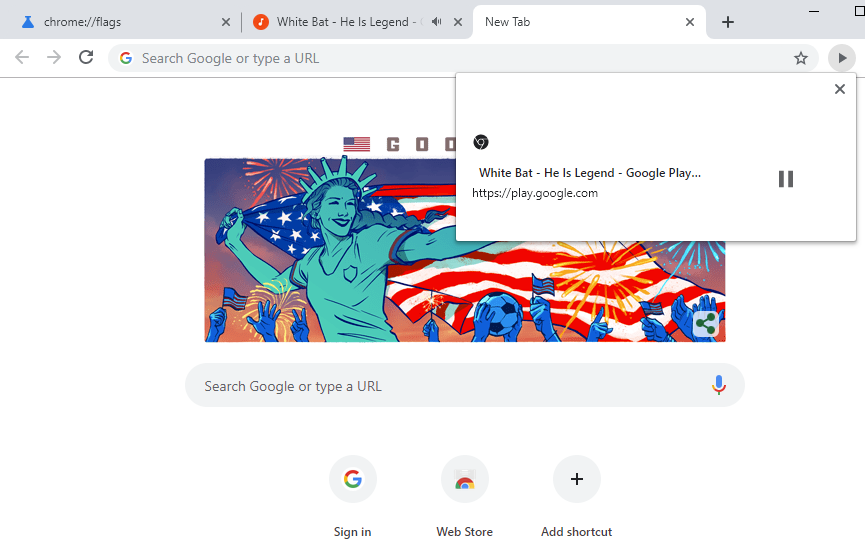 Here’s how to try out Chrome’s new media controls.

All the normal warnings regarding unfinished, beta features and software apply here: Chrome will probably crash and the playback controls may not work for every service or web app you use, but it’s still a super-helpful feature.

We’re curious to see what form it takes in the final, public version.