You Can Now Learn Arabic On Duolingo

Similar to the service’s other language courses, the Arabic course teaches you the language in five-minute lessons that feel more like a game than a class. The lessons adapt to your learning style and offer instant feedback so you can get a good feel for how you’re doing with the language as you go.

Arabic is often considered a “hard” language to learn, in part due to how complex its grammar is. Arabic also uses a different alphabet than English, which can make it a bit more complicated for native English speakers to learn than a language like French or Italian that uses the same alphabet.

The Arabic course will teach Modern Standard Arabic, but Duolingo notes that it will be a less formal, spoken version of Arabic.

Duolingo describes it as “not the version that would appear in poetry or formal news broadcasts, but instead the version that would be used once a newscaster stopped reading from their script and started talking to their interviewee. It’s a version of the language that can be used in a conversation, but one that also can be used with the widest range of Arabic speakers.” 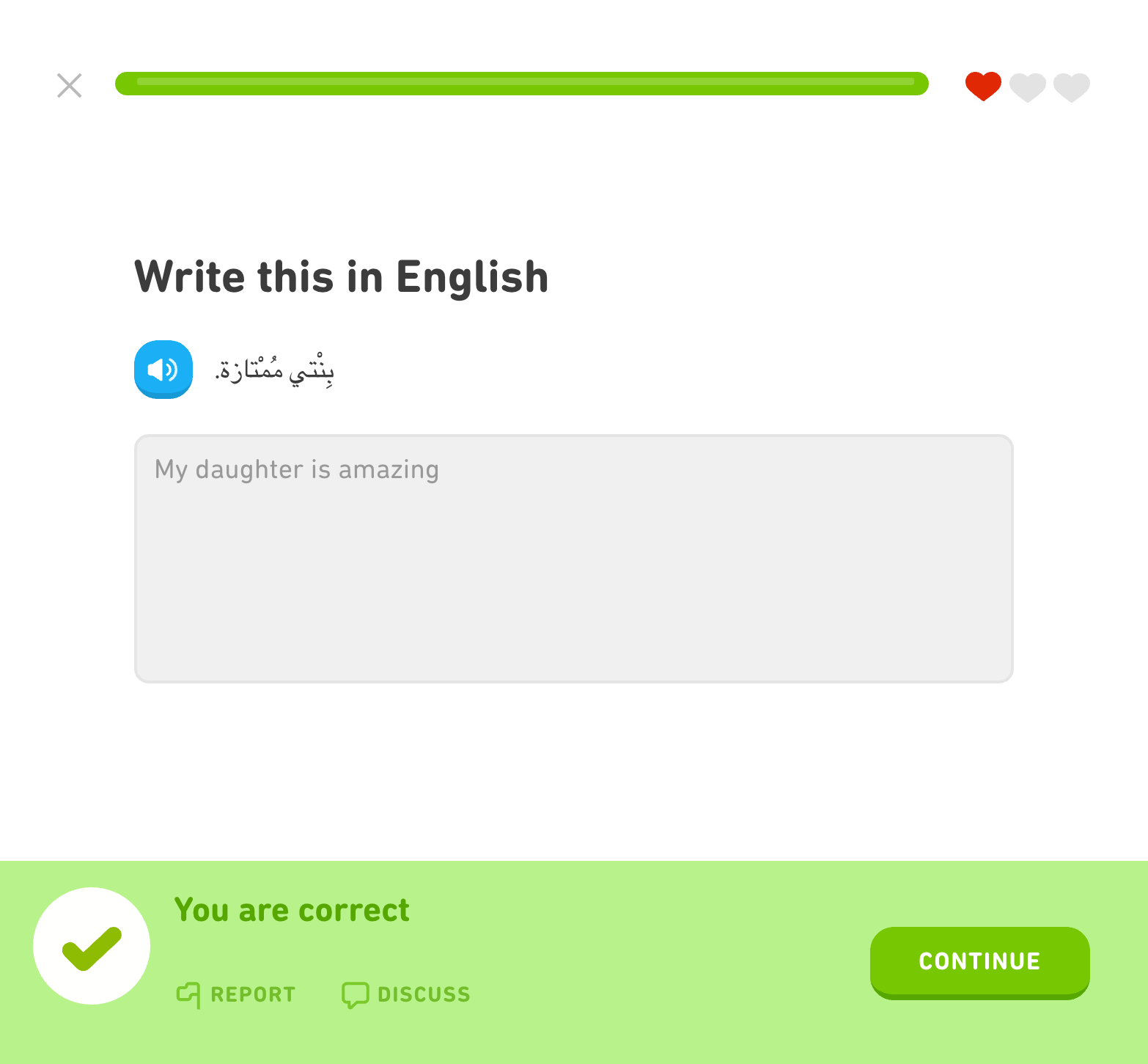 According to Duolingo, studies have shown that 34 hours of a Duolingo course is equal to a semester of a language at the university level.

That means if you’re dedicated to learning the language, then you’ll potentially be able to learn as much as you would actually attending classes. The difference, of course, being that Duolingo is free and something you can do on your own time.

If you’d like to start learning today, Duolingo’s Arabic course is available both online and through the company’s mobile apps, which are available for iOS, Android, and Windows Phone.