The Easiest Way To Install The iOS 13 Beta

Apple recently released the second (developer) version of the iOS 13 beta. That means features plenty of bug fixes and new features. like sorting for your Notes checklists (to move completed items to the bottom), new Animoji stickers, a slider for adjusting the intensity of Portrait Mode lighting, and a prompt that asks you if you also want to unsubscribe from subscription apps you delete.

That’s all well and good, but the best part of the iOS 13 developer beta 2 is that it’s now a lot easier to install the beta on your iPhone or iPad. And while Apple still cautions against doing so until the iOS 13 public beta, this new iteration of iOS 13 already feels less buggy (and a little speedier) than the very first version. You probably shouldn’t use it on your primary device just yet, but the temptation is stronger.

Unlike last time, where you had to go through the slightly more complicated process of downloading an .IPSW file and restoring your iPhone or iPad in iTunes using that image, you can now simply install the iOS 13 developer beta profile.

In doing so, you’ll be able to update your device to iOS 13 (developer beta 2) directly from your System app, which is a lot easier (and doesn’t require you to restore all of your apps and settings onto your device). 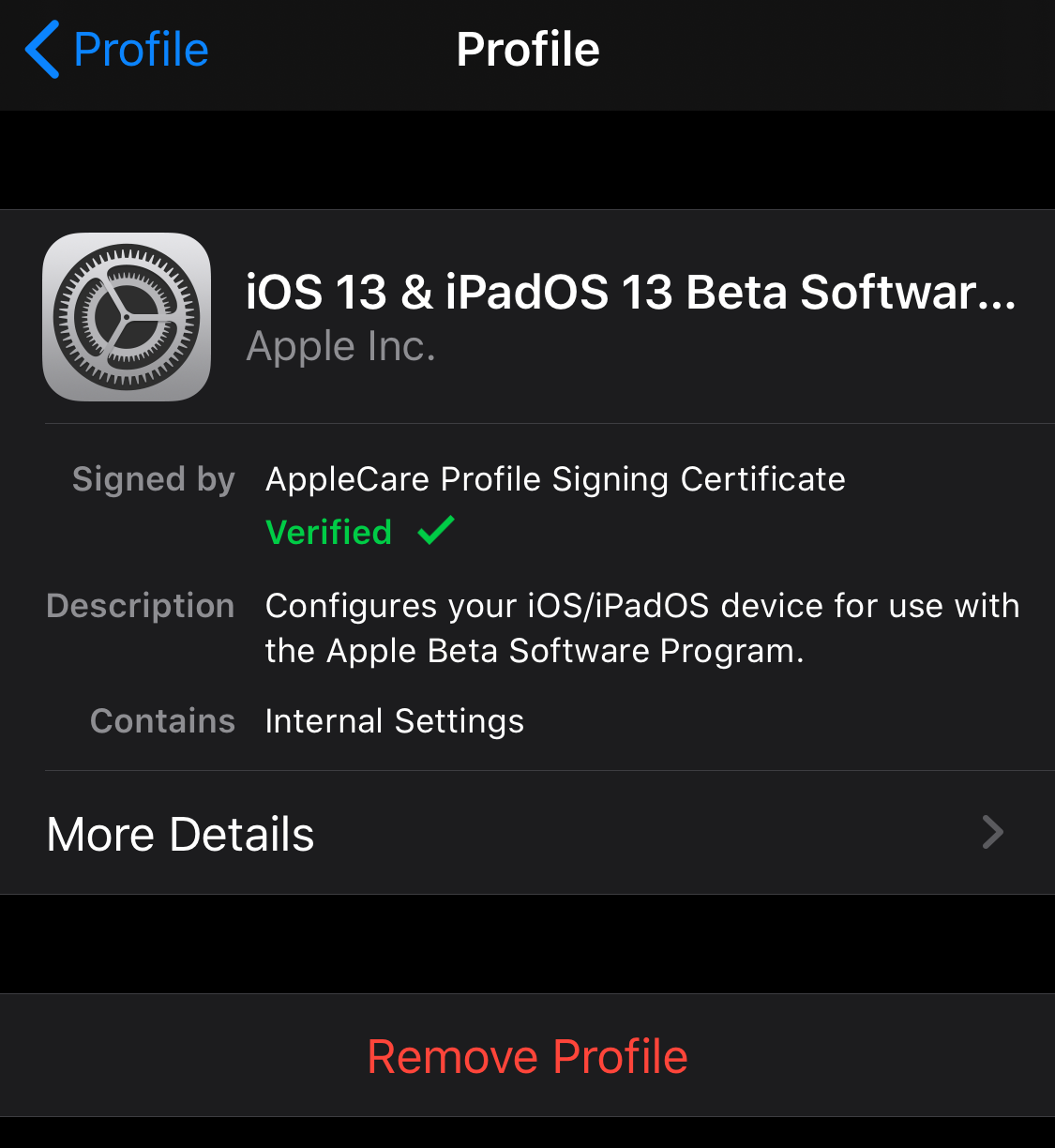 In fact, this is the only way you’ll be able to automatically receive iOS beta updates going forward if you did things the trickier way the first time. Since you didn’t install the beta profile then, your device won’t ping Apple for updates since, technically, it doesn’t think you’re in the beta (even if you’re running iOS 13).

To get started, pull up Safari on your iOS device and head on over to betaprofiles.com. Look for the big “iOS13 + iPadOS” section, and click on the blue download button. Your device will have you approve the beta profile you’re about to install, and it’ll then ask you for a quick reset.

Once you’re back in business, you’ll be able to go to Settings > General > Software Update to download and install any new versions of iOS 13. It’s that easy.