The Best iOS 13 Tricks You Haven’t Tried Yet

I’ve been playing around with iOS 13 since the developer beta first launched—bugs and all. Since it’s now available for public consumption, I thought I’d share a few of my favourite new tricks so you can get excited while you wait for the beta to install on your device.

For those who need a little more manual control over the wifi networks they connect to, I’m pleased to report that you’ll never have to open the Settings app ever again—hopefully—to connect to a wifi network. Instead, open your device’s Control Center. 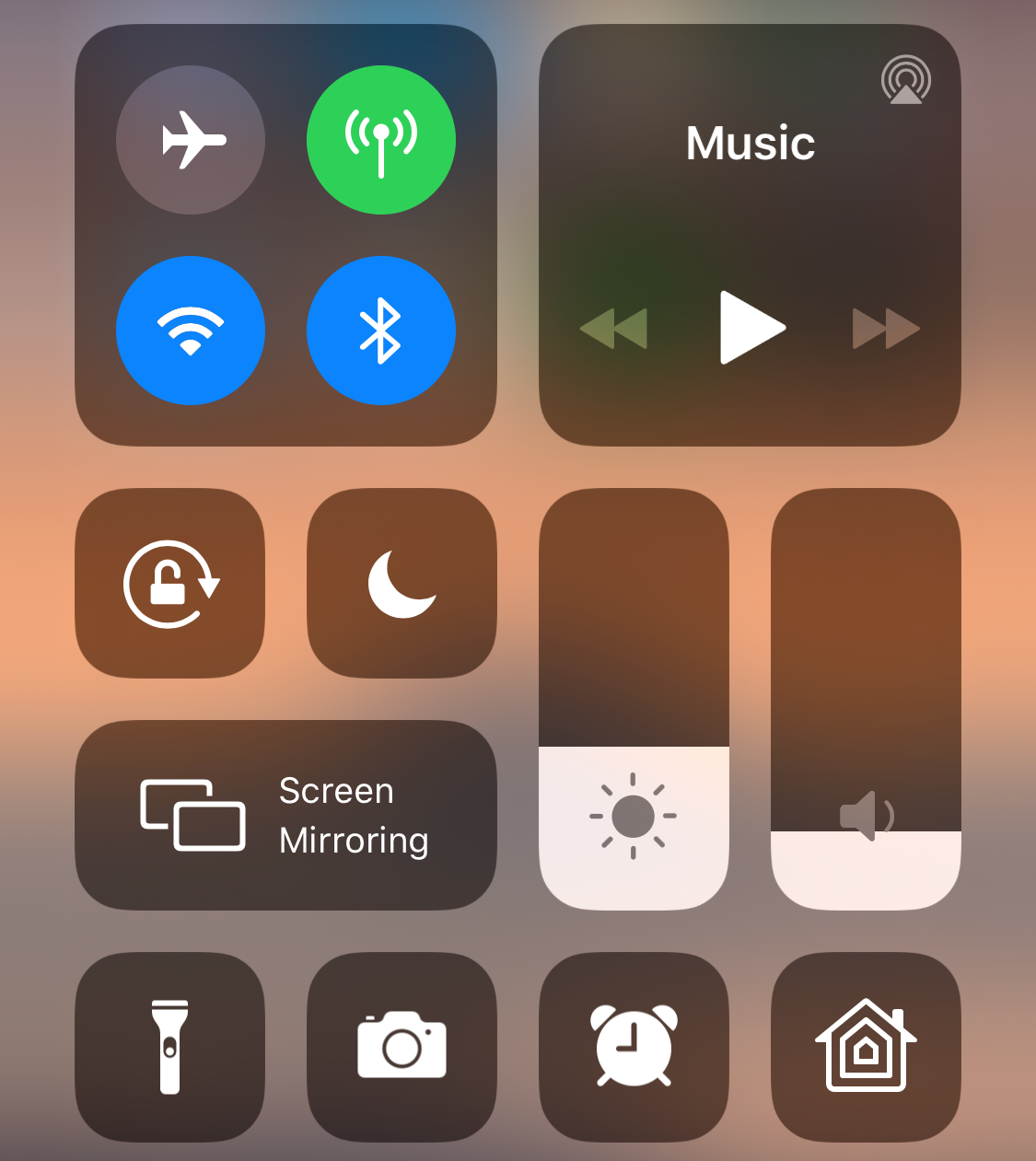 Press and hold on the wifi icon to expand the view, like so: 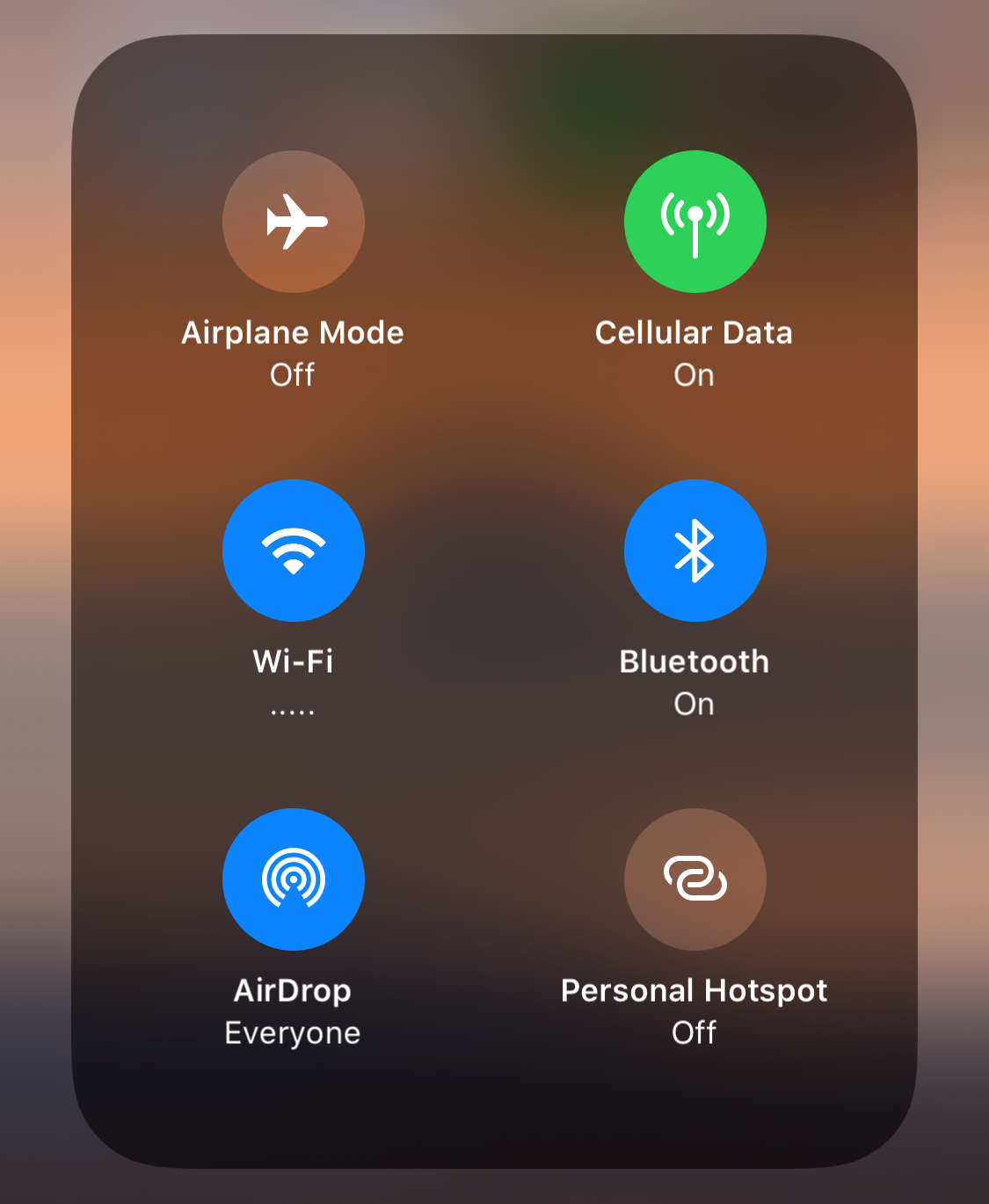 Press and hold again on the wifi icon to pull up a list of all the wifi networks your device detects. Pick whichever one you want to use. 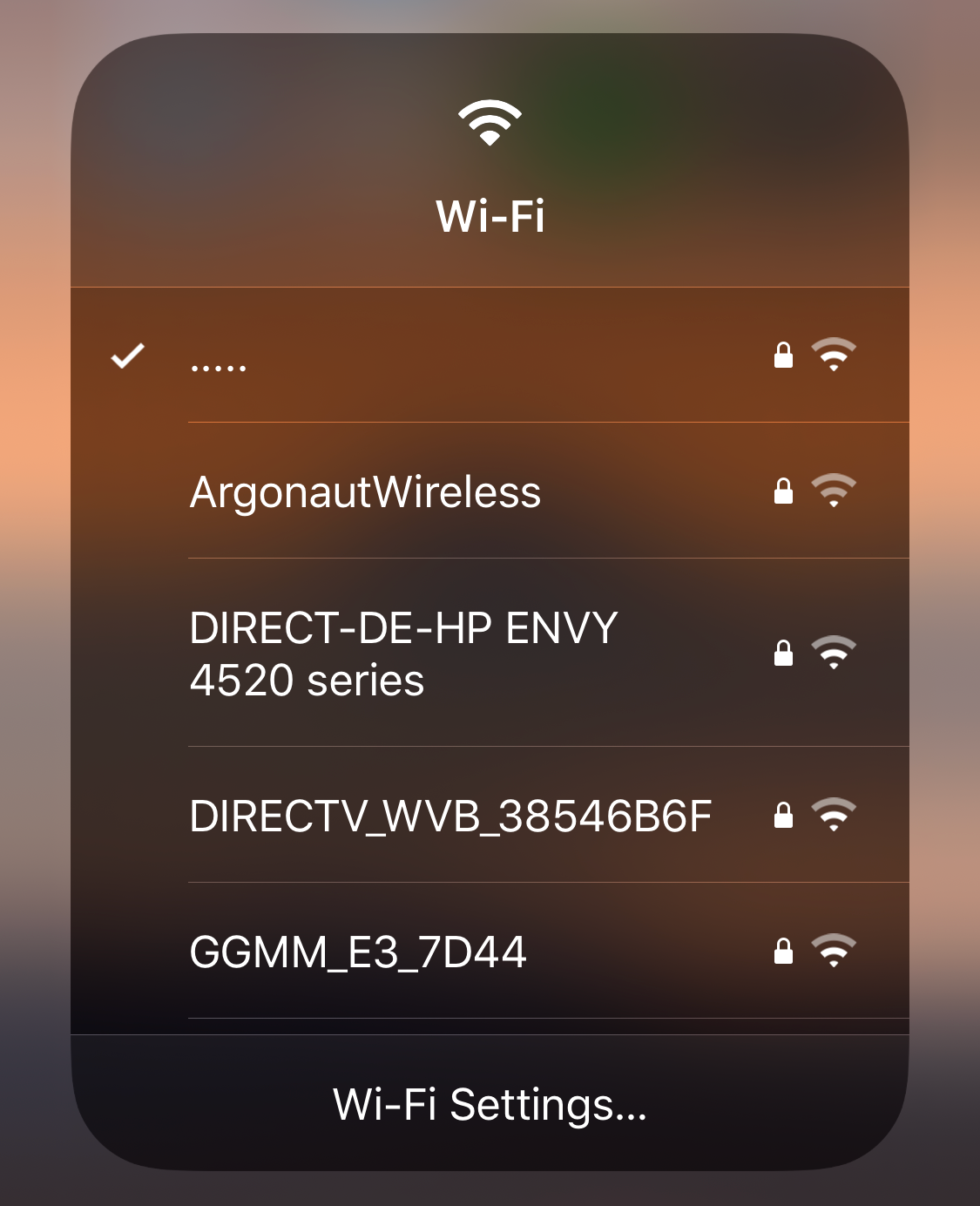 Deleting apps you no longer need (before you update them)

I have a lot of apps on my device, and I tend to forget about them—but still update them constantly, because that’s how the process works. You would think that seeing a giant update chug through for an app I haven’t touched in six months would prompt me to delete it, but then I’d have to go find it in my device, and that takes too long, too. 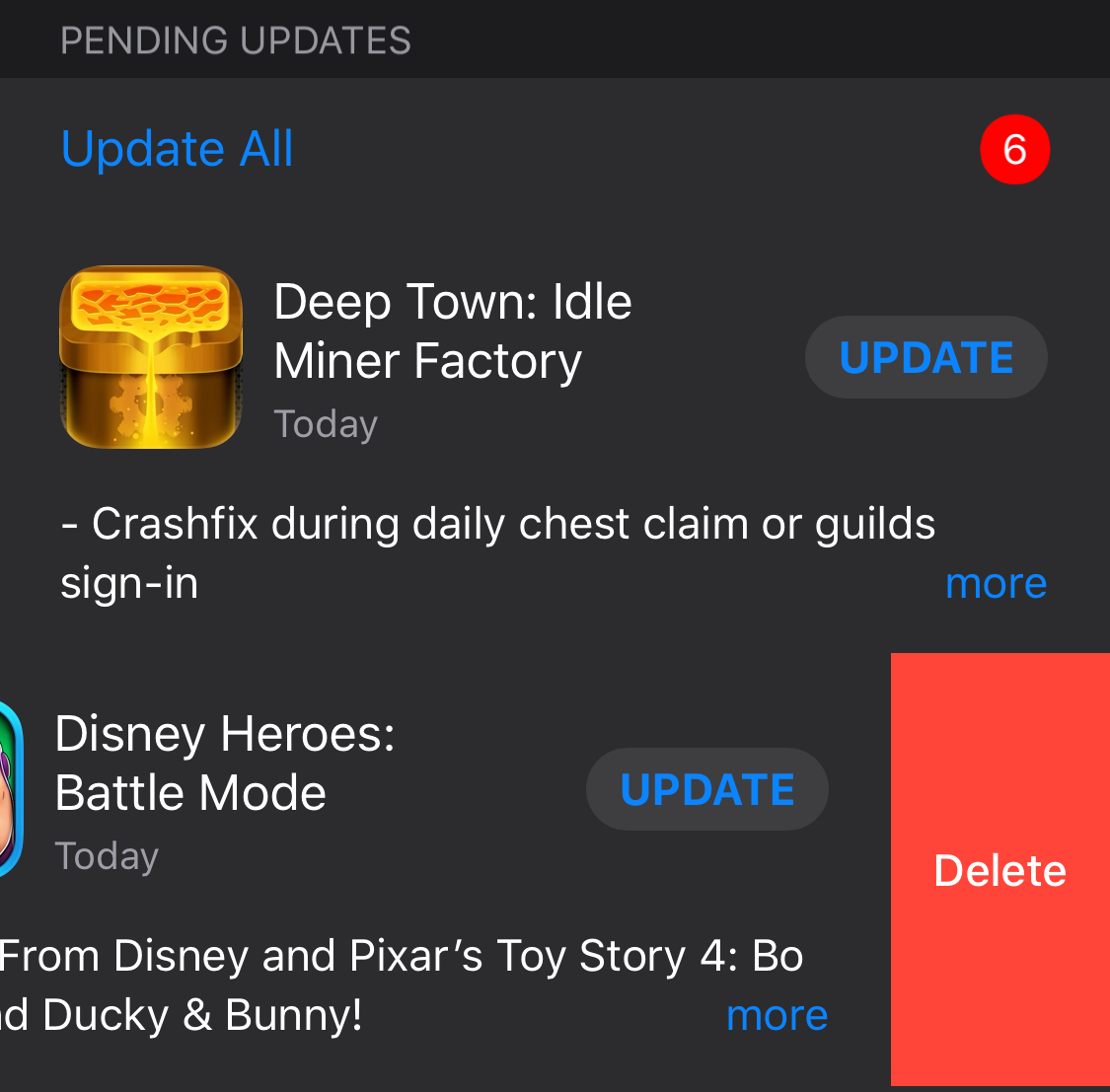 To address this, Apple is making it a lot easier to delete apps in iOS 13. Now, whenever you see a pending app update on the App Store (or have already downloaded and installed one), swipe left on the app. You’ll see the familiar red “Delete” button, which you can tap to remove the app from your iPhone or iPad. You’ll never have to spend precious minutes hunting through your folders to find and remove an app ever again.

This one is fun. Fire up Siri and tell it to add things to a list, but make sure you use the word “and” to connect them all together. When you do, iOS 13 will split each item into a separate listing instead of lumping them all together into one reminder, like so: 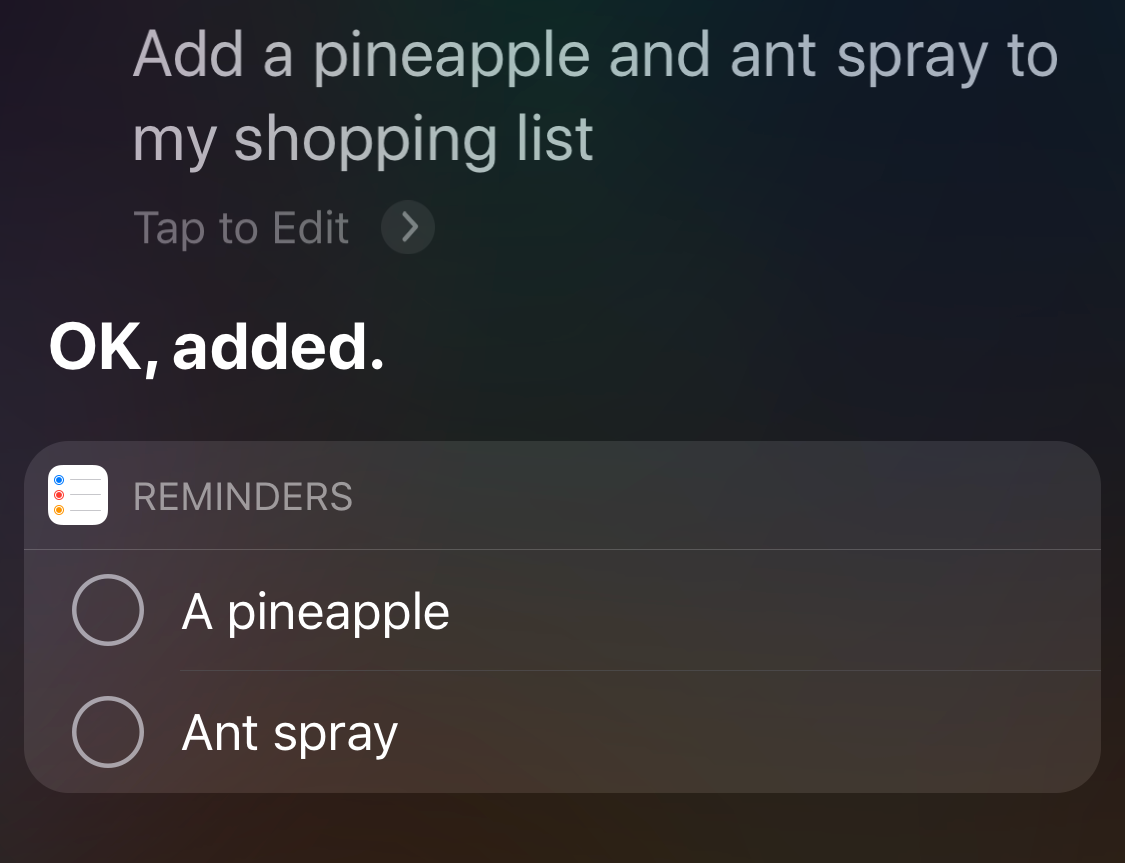 You can now share your estimated time of arrival with your friends when you’re using Apple Maps to get somewhere—an especially useful feature if you’re also connected to CarPlay. Your device will automatically message them with your current travel time, and it’ll also send them another message when you’re really close—so they can come outside and hop in the car, instead of forcing you to honk your horn or send a “where are you?” text. 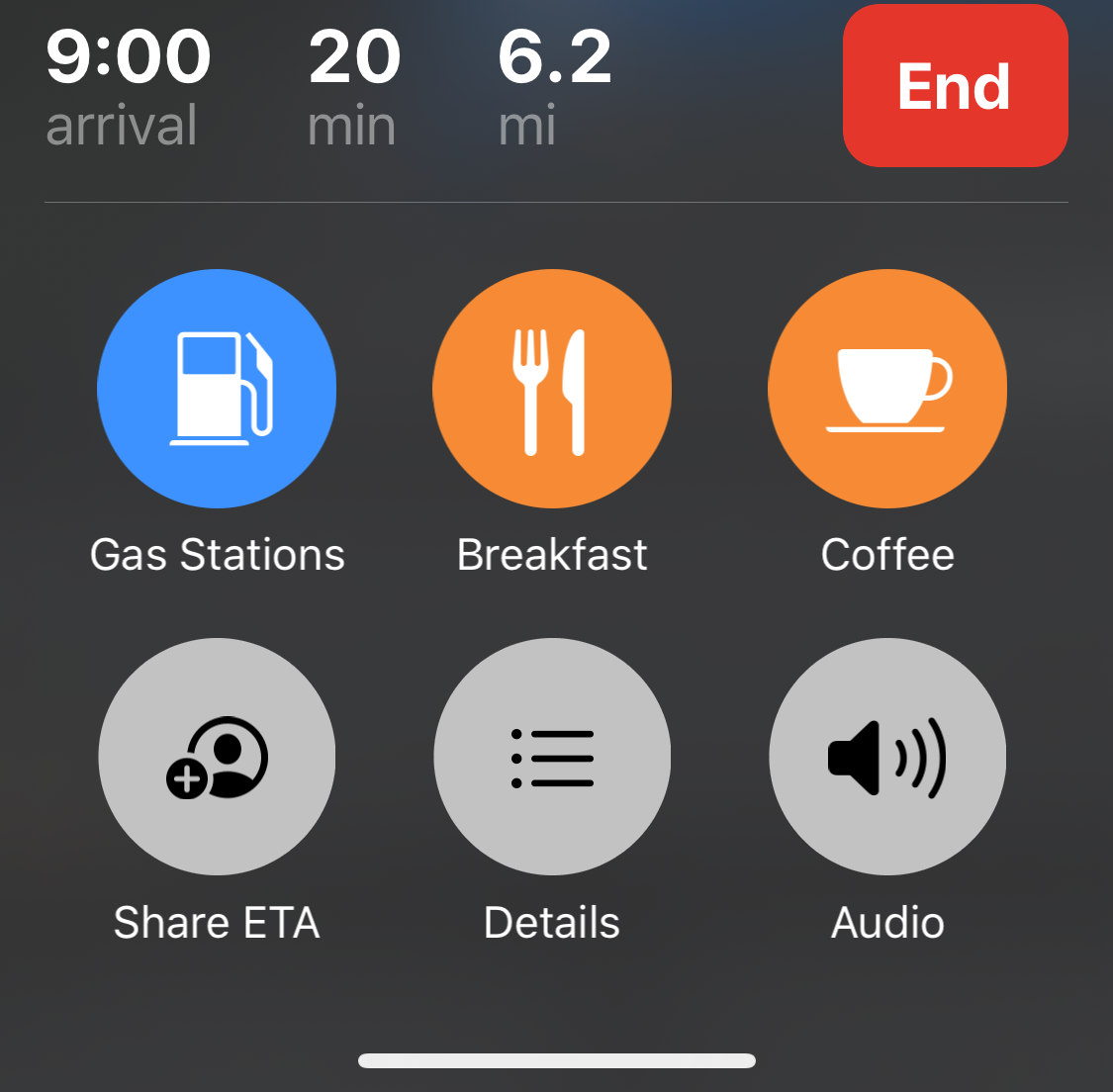 If you always want to let certain people know about your ETA to a particular location—say, when you’re driving home from work each day—add it to your list of favourite locations in Apple Maps. While you’re in the Details screen, you can tap on “Add Person” under “Share ETA” to automatically notify them whenever you’ve pulled up directions to that location. 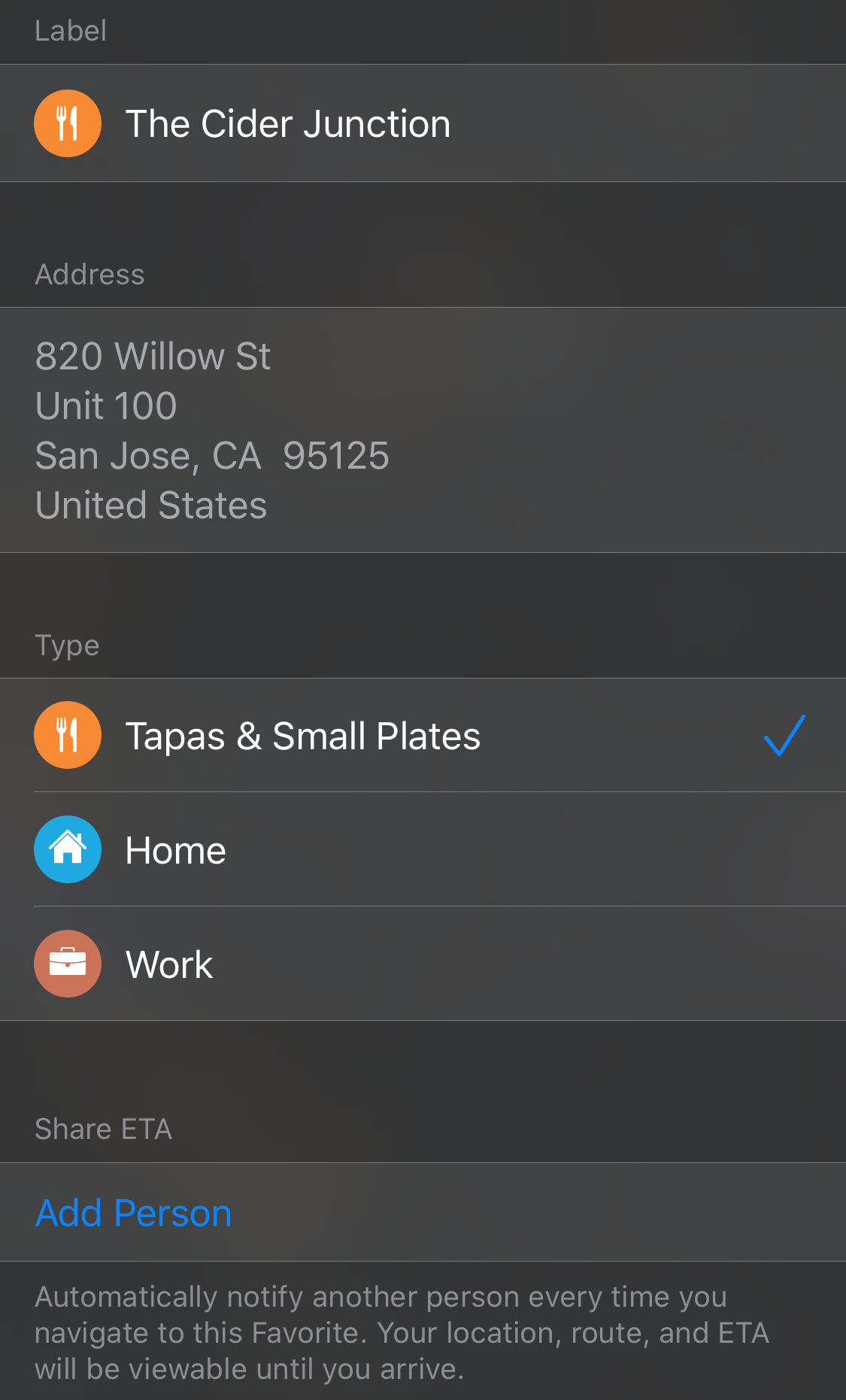 I’ve saved the best for last, and it truly is one of the greatest, simplest features to ever hit iOS. With one little addition to your Settings app (technically, the Phone option within your Settings app), Apple has killed robocalls—or, at least, made it impossible for them to harass you. (Yes, we already have the Do Not Call Register in Australia, but there are plenty of organisations that manage to get around this including charities and political parties.) 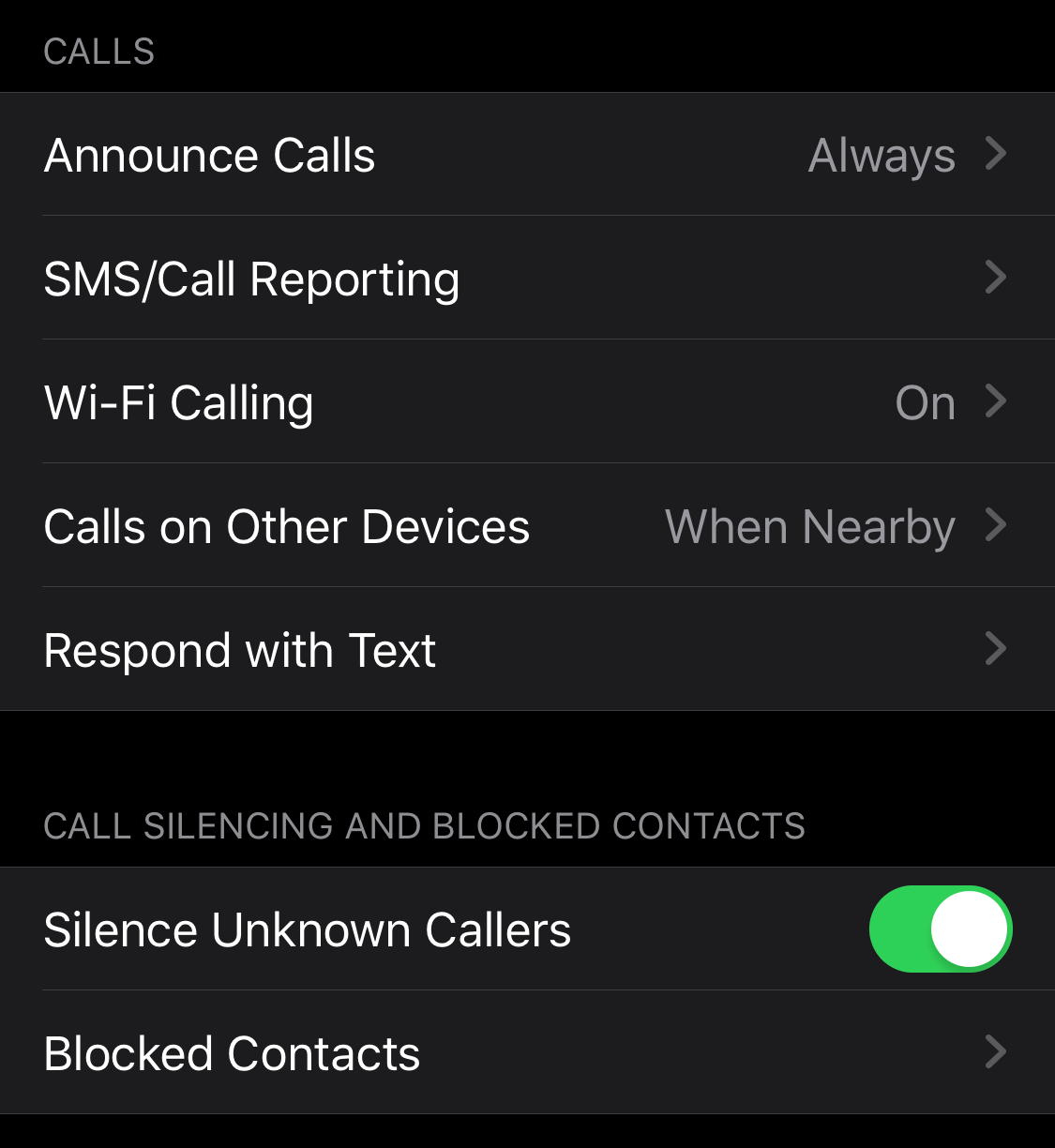 Pull up the Settings app, and then tap on Phone. Look for the “Call Silencing and Blocked Contacts” section, and enable “Silence Unknown Callers.” Any number that isn’t in your Contacts, Mail, or Messages won’t ring or appear on your device. It’ll go directly to voicemail instead.

While this poses problematic for times when you want to receive a phone call from an unknown number—say, the hospital, or a job interview, et cetera—you can always disable this feature temporarily if you know you’re expecting a call. It’s a lot less annoying than the alternative, which is having your phone ring four times an hour from some bullshit spammer.

What are your favourite iOS 13 features?

There’s plenty more to like about iOS 13—like the ability to remove any location information from photos you’re sharing with others (via the “Options” setting when you tap a picture in Photos, then tap the Share icon). What are some of your favourite features you’ve discovered? Let me know in the comments, and I’ll profile the best ones in a future post.