The ninth iteration of Samsung’s popular stylus-equipped phablet – confusingly named the Galaxy Note 10 – has been spotted in the wild. While it’s not expected to launch until August, performance benchmarks are already popping up online. The numbers that this thing is throwing out suggest it will be the most powerful Android phone yet. Here are the details!

As reported by GizmoChina and Nashville Chatter, CPU scores have surfaced on the popular benchmarking platform Geekbench 4 for a new Samsung phone with the model number SM-N976. The phone was reportedly rocking an Exynos 9825 processor and 12GB of RAM, which suggests it’s the Galaxy Note 10.

Interestingly, a second Samsung phone also popped up on Geekbench 4 with a slightly lower score of 9654. This suggests that the former could be the rumoured 5G or ‘Pro’ version.

Here are the results for both iterations. (Click to enlarge.) 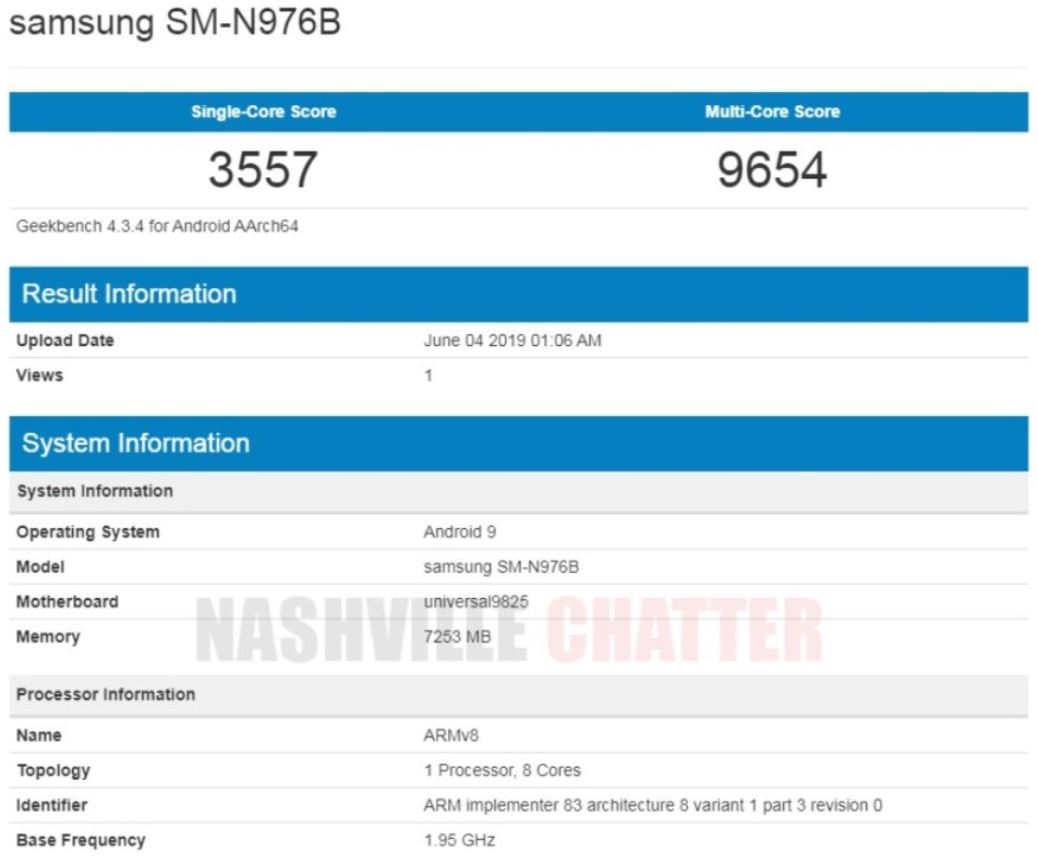 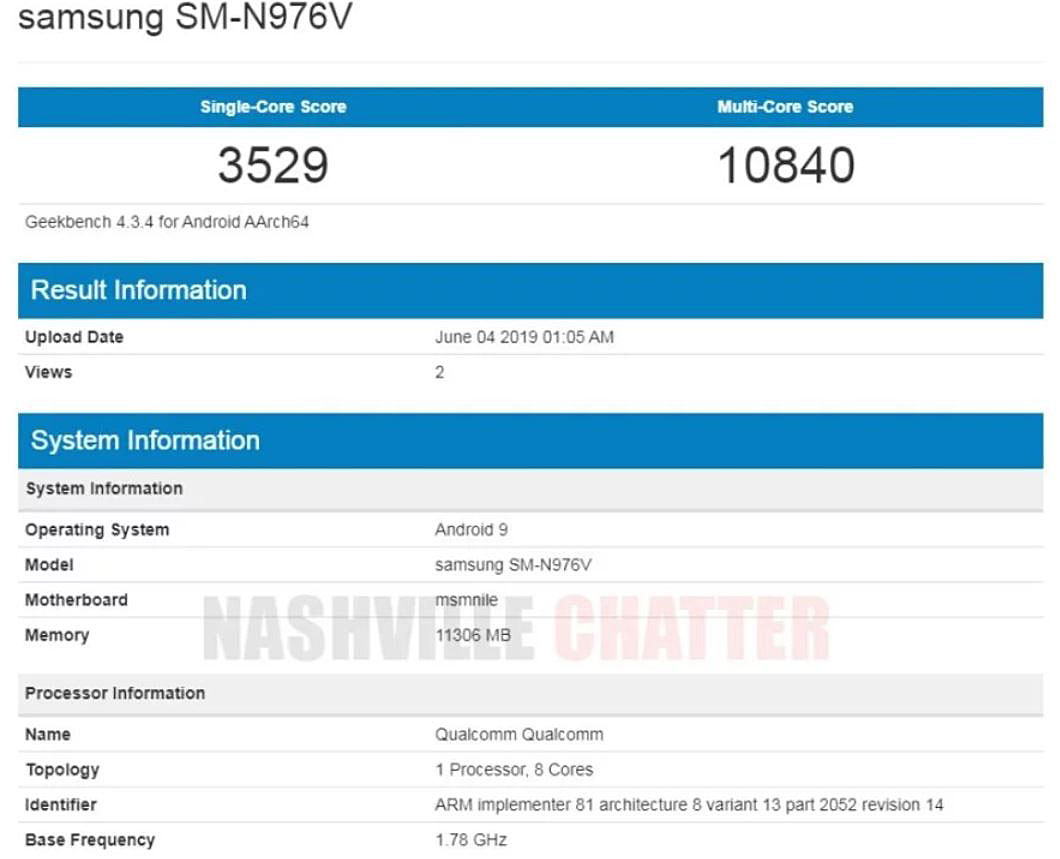 According to earlier reports, the standard Samsung Galaxy Note 10 is set to come with a 6.66-inch display with a native display resolution of 1440×3040 pixels.

The deluxe 5G version, meanwhile, is tipped to come with an enormous 6.75-inch display (which really stretches the concept of a ‘handset’.) Indeed, that’s almost the same size as the Galaxy Tab A, the company’s entry level tablet!

There will almost certainly be a lower-cost option too, similar to the Galaxy S10e with a smaller screen. All three models are likely to sport a bezel-free display with a hole-punch for the sensors and lens. You can expect at least four cameras in the rear.

The Note’s signature S-Pen stylus should also receive an overhaul to build on the Bluetooth functionality added to the Note 9. You can read all the latest rumours here.

Samsung Galaxy Note X Pro: Everything You Need To Know

It seems extremely likely that Samsung will release a premium Note smartphone in 2019 to complement the Galaxy S10 5G. We now know a bit more about the device, including its name. Prepare yourself for the Samsung Galaxy Note X Pro.