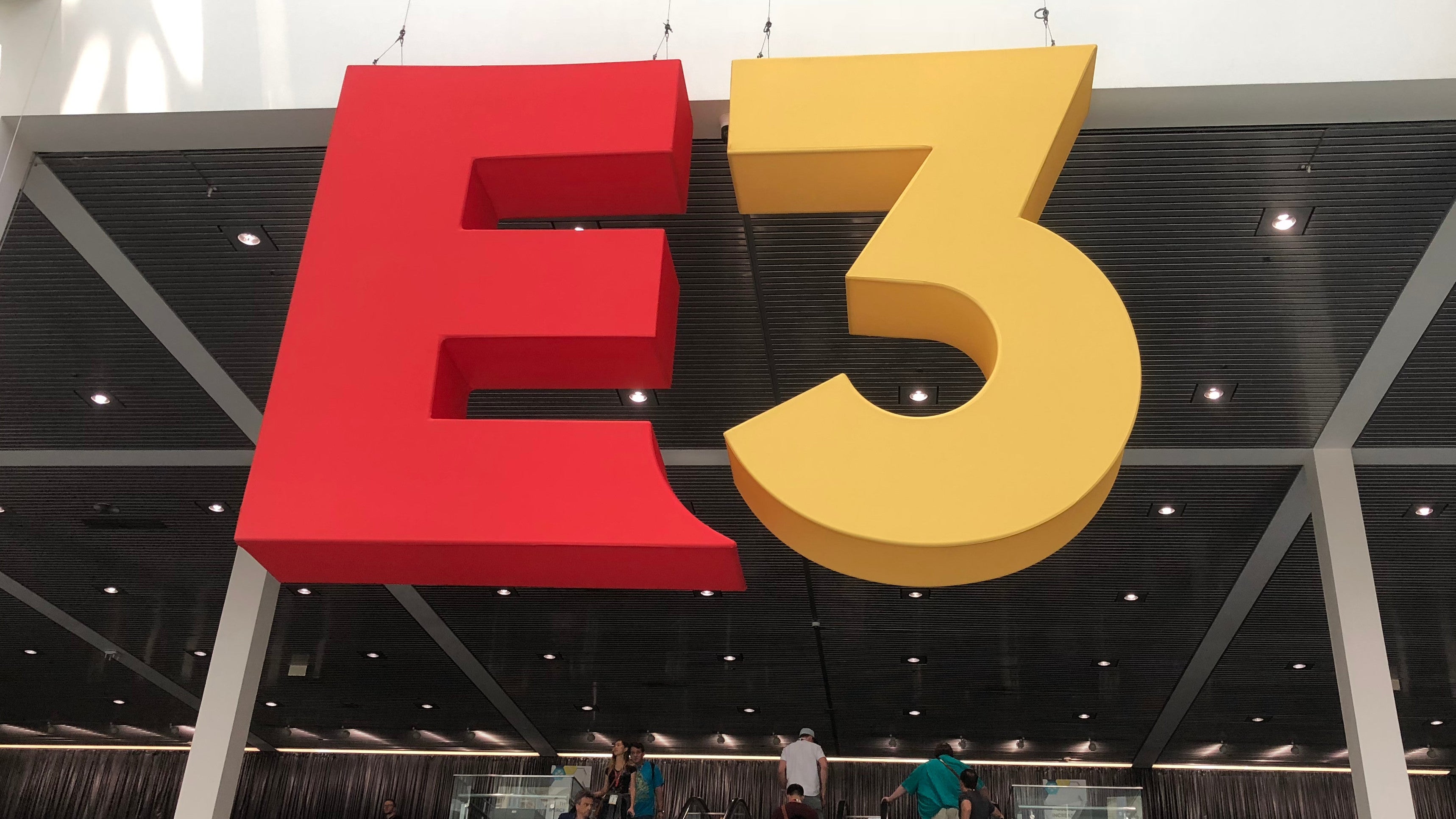 Next week is going to be very exciting if you like video games. This year’s Electronic Entertainment Expo, commonly known as E3, returns to LA next week. During the show, and the press conferences leading up to it, gamers will get their first looks at the biggest games coming out through the end of year, next year, and beyond.

Though E3 is open to the public, it’s an expensive ticket — a now sold-out “gamer pass” costs $357 this year. Luckily, in the age of Twitch everybody livestreams. While you can’t do everything a fan can do at the show—play some of the games, wait in extremely long lines—you can see most, if not all, of the games available to the public at the show.

You can watch all of the publisher “keynote” press conferences from the comfort of your own home, plus official panels, and many, many live shows broadcast from the show floor. (Having attended the show myself many times, including the last two years when it’s been open to the public, I think watching from home is the better option for most people).

There are tons of broadcasts to sift through, especially once the show starts. To help you keep up, we’ve compiled the livestreams for all the biggest events and broadcasts throughout the week.

Phase 1 — Before the show

The best parts of E3, especially when you’re watching from home, happen before the show floor even opens. Many of the biggest publishers hold press conferences and events beforehand to get their biggest announcements out ahead of the show opening, while they still have everyone’s attention.

All of these events are livestreamed and scheduled back-to-back, so you could, in theory, watch them all and geek out with the rest of the world in real time. That’s pretty much four whole days of video game news, though, so maybe you just want to look at the schedule and pick your faves. (It’s supposed to be pretty nice out this weekend is all I’m saying).

Prior to E3, Electronic Arts—maker of Madden, FIFA and Apex Legends, among other things—holds its own little public showcase, EA Play. In past years, EA has held a press conference like other publishers, but has decided to go a new direction in 2019. This year, there will simply be a series of broadcasts devoted to each of its highlighted games.

Some, like Jedi: Fallen Order, are new. Others like the videos on Apex Legends and The Sims 4, will discuss changes to ongoing games. Here’s a schedule, so pick and choose what you want to see.

Microsoft’s press conference seems poised to be the biggest news event of the show this year. Pundits expect Microsoft to discuss the next-gen Xbox consoles, as well as Project XCloud, the company’s upcoming streaming service. Plus, there will be many, many game announcements, both for Xbox One exclusive games and third-party games coming to the platform.

Bethesda, makers of historic game franchises like Doom, The Elder Scrolls, and Fallout, will also holds its annual press conference. Going into the show, Bethesda already said it will not be discussing the next Elder Scrolls game, so Bethesda’s most exciting known project is Doom Eternal, the follow-up to the beloved 2016 Doom reboot.

Independent publisher Devolver Digital is bringing back its satirical pre-E3 livestream. Going into its third year, the pre-recorded “show” highlights the publisher’s games while poking fun at the tropes of tech “keynotes” like the ones held before E3 each year. It’s pretty fun, but definitely meant for people who have been watching these events for many years.

While most of the games shown at E3 are available on both consoles and PC, the large presence of Microsoft and Nintendo (and, until this year, Sony) make it feel like more of a console gaming focused show. The PC Gaming Show, organised by PC Gamer magazine, is the keynote for publishers looking to talk about PC exclusives. It’s primary announcements are generally smaller than the other keynotes, but it’s still worth a watch, especially if you miss the PC gaming flavour.

Ubisoft, publisher of popular franchises like Assassin’s Creed, Far Cry, and anything with Tom Clancy in the name, always have a lot of big news to share at E3, hence the keynote. Ubisoft has said that many of its publicly known projects will not be present at E3, so there may be a few surprises at this one.

One thing we have heard about: Watch Dogs: Legion, an ambitious-sounding third entry in the hacking-focus open-world action series.

There’s no link for it at the moment, but you’ll be able to livestream Kinda Funny Showcase from the group’s YouTube channel when the time comes.

Rounding out the evening, Final Fantasy publisher Square Enix will hold a press conference to show off its E3 offerings. The Square Enix show could be very interesting this year: The company pre-announced that there will be news about its long-in-development Avengers game. And of course, RPG fans are anticipating more info on the long-awaited Final Fantasy VII remake.

On its E3 page, Square Enix recommends you watch its livestream at its web site, sqex.link/e3. It does seem as if it will also be available through the company’s Twitch channel as well, which I’ve embedded above.

As always, Nintendo rounds out the pre-E3 press conferences pre an extended “Nintendo Direct” livestream just before the show floor opens. You can expect to hear more about the next Pokémon games, Sword and Shield, Super Mario Maker 2, as well as a fair number of unannounced games.

Kotaku’s Jason Schreier said something about Animal Crossing, but who knows? (Honestly, he probably does).

Phase 2 — During the show

Once the E3 show floor opens all bets are off. You can assume that pretty much every game developer and publisher will have some kind of broadcast going during the day on Tuesday, Wednesday, and Thursday, showing and dissecting the games on the show floor. If you’ve been following, or just have a favourite game you’d like to check up on, I recommend going to that company’s Twitch channel—chances are you’ll get to see more of the game you’re looking for before too long.

If you’re interested in getting a more holistic view, there will also be a fair number of variety shows, highlighting new games, providing analysis and impressions of what’s going on at the show. Here are a couple of sweeping options that should have a lot of interesting content during the show you won’t find at a developer or news publication.

When the Entertainment Software Association, the organiser of E3, opened the show to the public, it also introduced the E3 Coliseum, a series of panels for fans, where developers come talk about their games and topics related to the future gaming throughout the show. This year’s schedule includes deep dives on some of the biggest upcoming titles, including the next Call of Duty, Doom: Eternal, Borderland 3. Netflix is also doing a panel about “bringing your shows to life,” which sounds interesting (and potentially eventful).

Hosted by The Game Awards producer Geoff Keighley, the E3 Coliseum is livestreamed on YouTube, so fans at home see the panels as well. Keighley’s “E3 Live” coverage technically begins Sunday, June 9, so he’ll also have coverage and commentary for the press conferences as well, if you’d like a little extra flavour.

In past years, YouTube hosted the E3 Coliseum in its YouTube Gaming subsite. With the closed down, I recommend going directly to the channel for Keighley’s company, GameSlice, where you should be able to find both the livestreams for this year’s panels and recordings from last year.

For a full list of all the E3 Coliseum panels and show times, check the program’s official schedule.

Not wanting to be outdone, Twitch also has a large presence on the E3 show floor and broadcasts interviews with developers about everything that’s going on with the show.

As of June 4, Twitch hasn’t released a schedule for its E3 programming yet, but based on last year it seems safe to say the channel will get a chance to talk to every major game and studio at some point, making it a solid channel to check if you aren’t looking for something specific.