Android Q is unquestionably Google’s biggest and most ambitious OS update yet. While the official release of Android Q is some way off, there are a few fun features you can play with right now via the latest beta. Here’s how it’s done.

Before I get to my favourites, though, here’s a quick word on how to get started in the Android Q Beta if you’ve never done it before.

(If you regularly live on the smartphone OS wild side, feel free to skip this part.)

Everything Google Announced At I/O 2019 That Matters

It’s Google I/O time, the annual smorgasboard of all things Android. This includes updates to the mobile operating system, newer (and cheaper) smartphones, various smarthome gadgets that are helpful (with a few caveats), and news about the latest additions to Google’s plate—including its much-anticipated Stadia game-streaming platform and the debut of Android Auto that’s finally front-and-center in a real, you-can-buy-it vehicle!

Signing up for Android Q’s beta

If you’re ready to get a little crazy and install a work-in-progress operating system on your Android smartphone, jumping on board the Android Q beta train is easy. All you have to do is visit this website and confirm that your Android device is actually eligible for the beta—it’ll tell you. Click the blue “Opt in” button if you can, and then read through the scary warning:

Once you’re ready to proceed, agree to the terms (and opt in to program updates, if you’d like), and then click the now-ungrayed “Join beta” button.

If you ever want to remove a device from the Android Q beta, revisit that same page and click “Opt out.” Doing so will wipe your device, however: 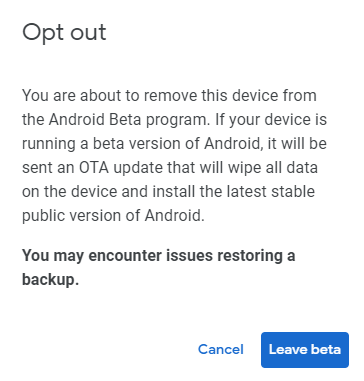 Once you’ve opted into the beta, be sure to update your device — via Settings & System & Advanced & System update — so you’re actually running the beta OS.

Let’s get started. The very first thing I wanted to see was whether Android Q Beta 3 supported the newly announced Dark Mode for Android. Good news: It does, so now your device will look pretty and eat up less power (for your OLED smartphone, at least). And enabling it is easy.

To enroll your device in the Dark Side, simply pull up the Settings app and tap on the Display sub-section. Look for the “Theme” option, which you’ll want to tap and change from Light to Dark: 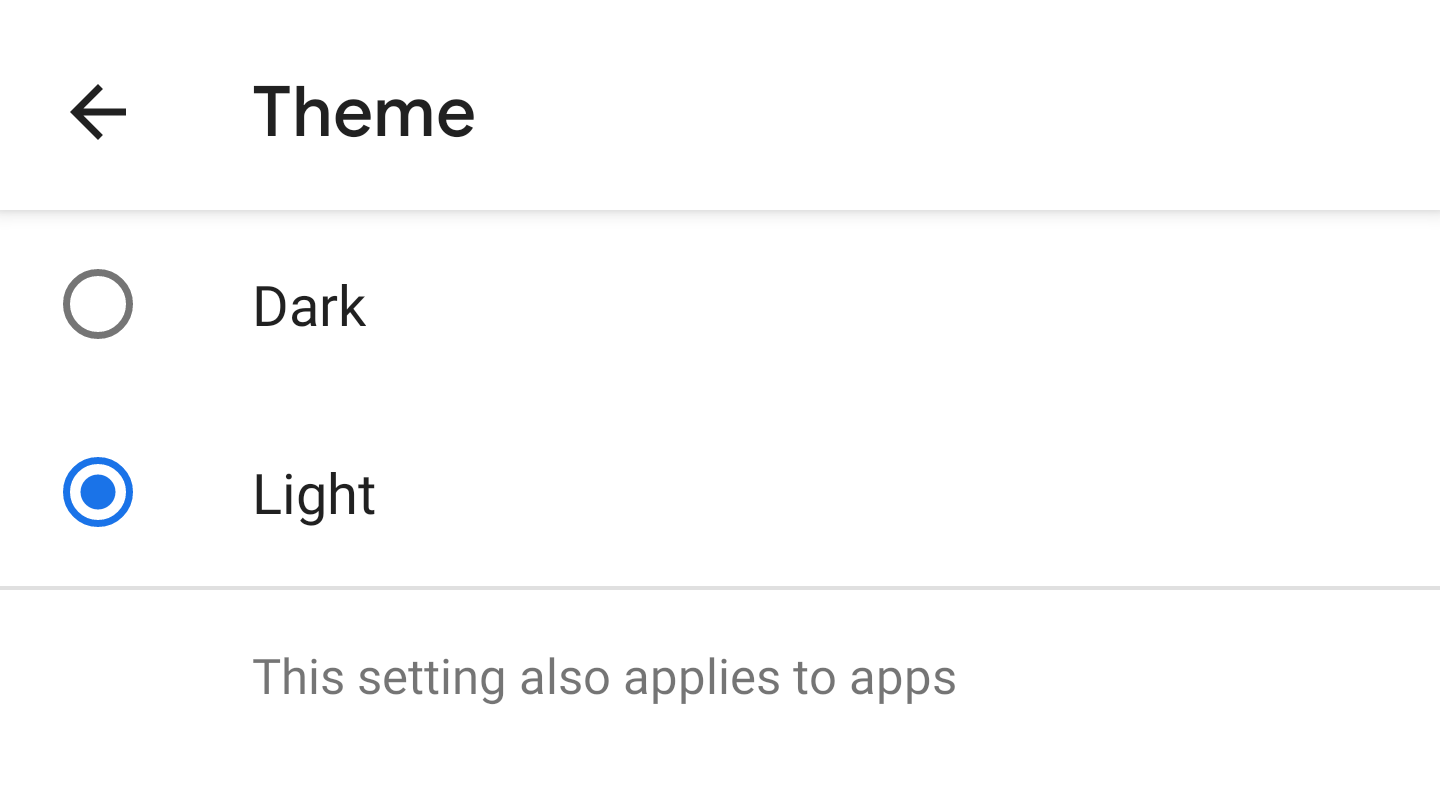 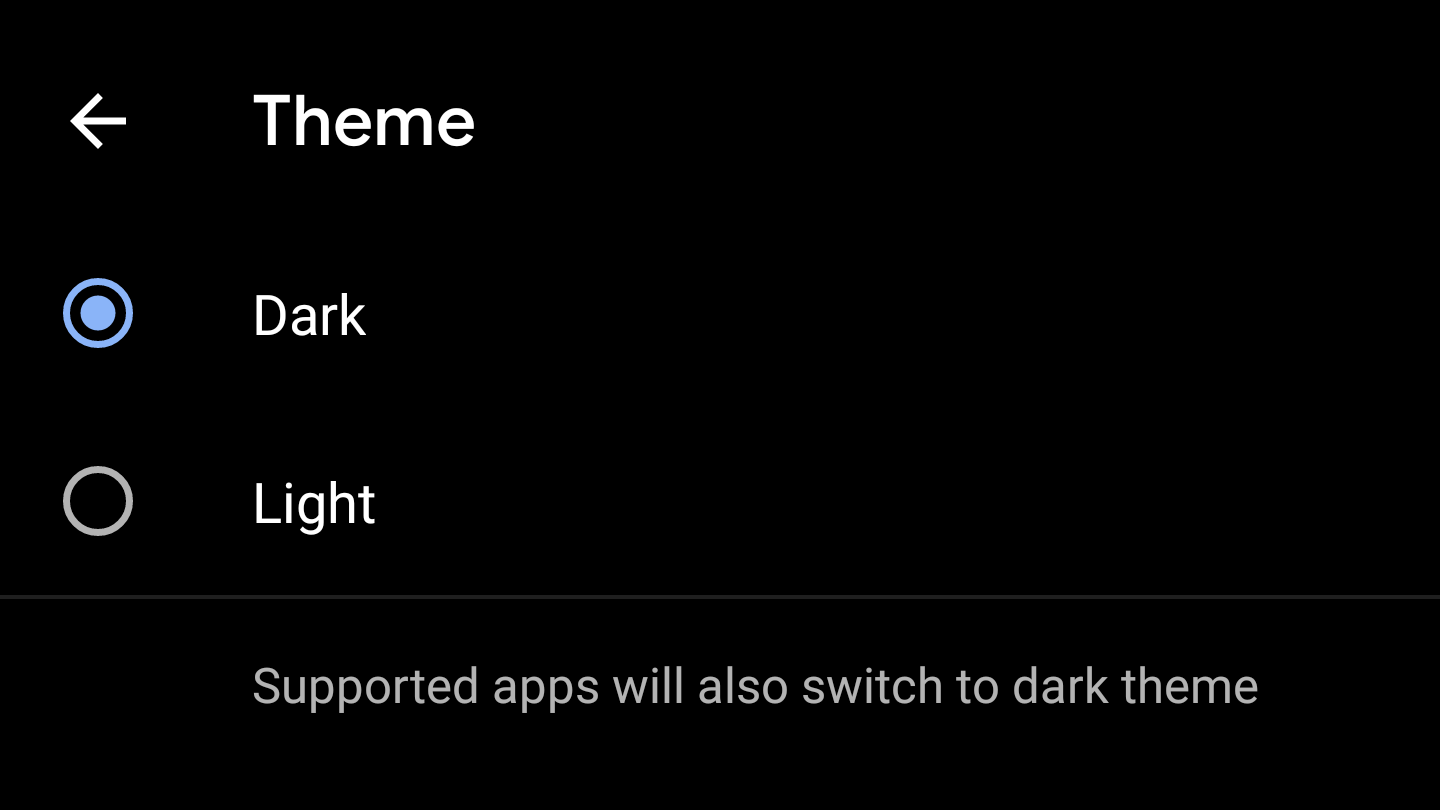 Here’s a fun feature you don’t even have to do anything to enable. In Android Q Beta 3 (really, Android Q going forward), allowing an app to access your location is a little bit different. When an app requests this permission, a prompt pops up that allows you to indicate whether an app should always be allowed to see where you are, never, or only when you’re actually using the app—the new Android Q option. 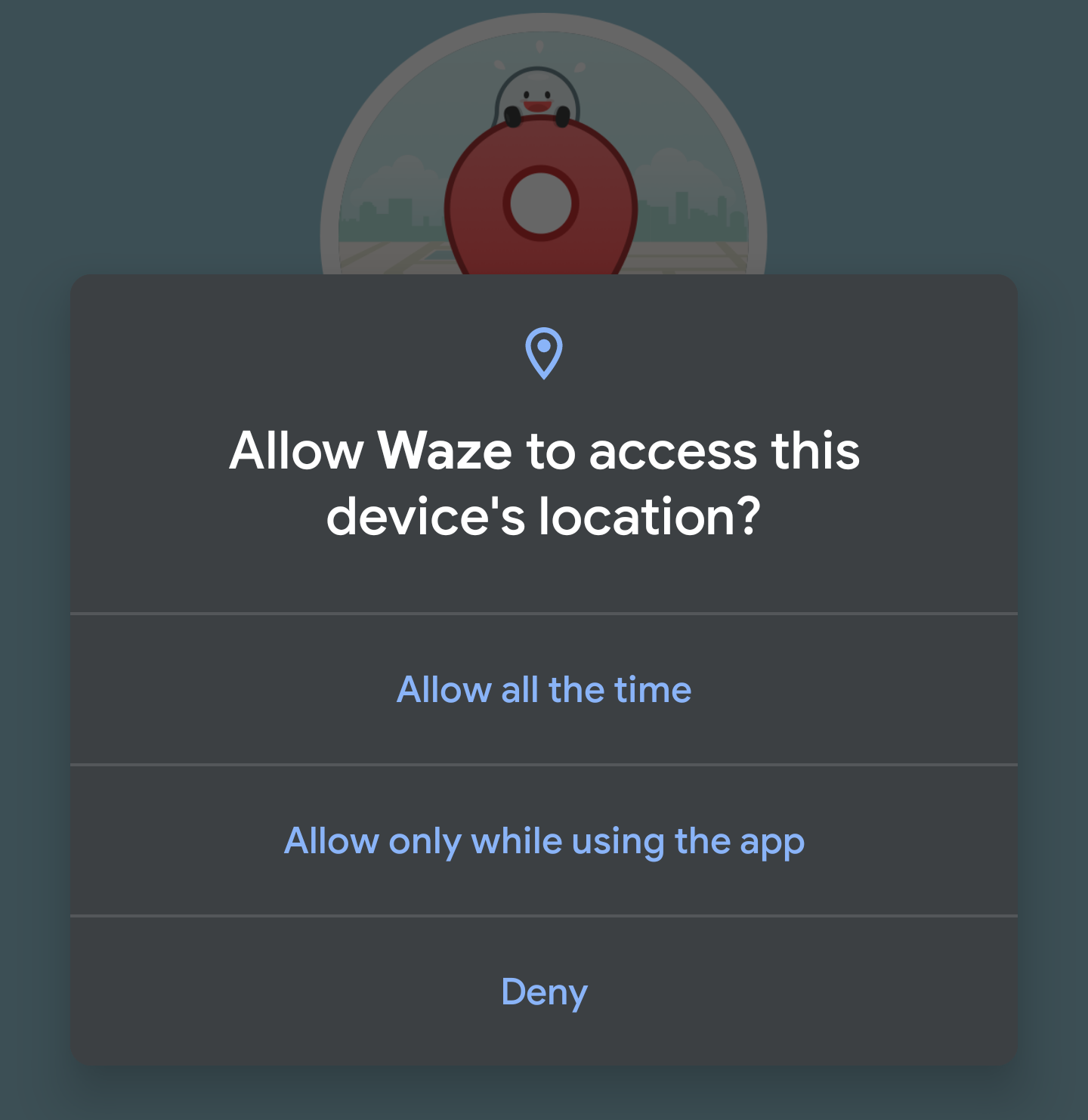 If you want to review these location permissions at any point, simply go to Settings & Location & App permission, where a new screen will let you see and change your location settings for any apps on your device. 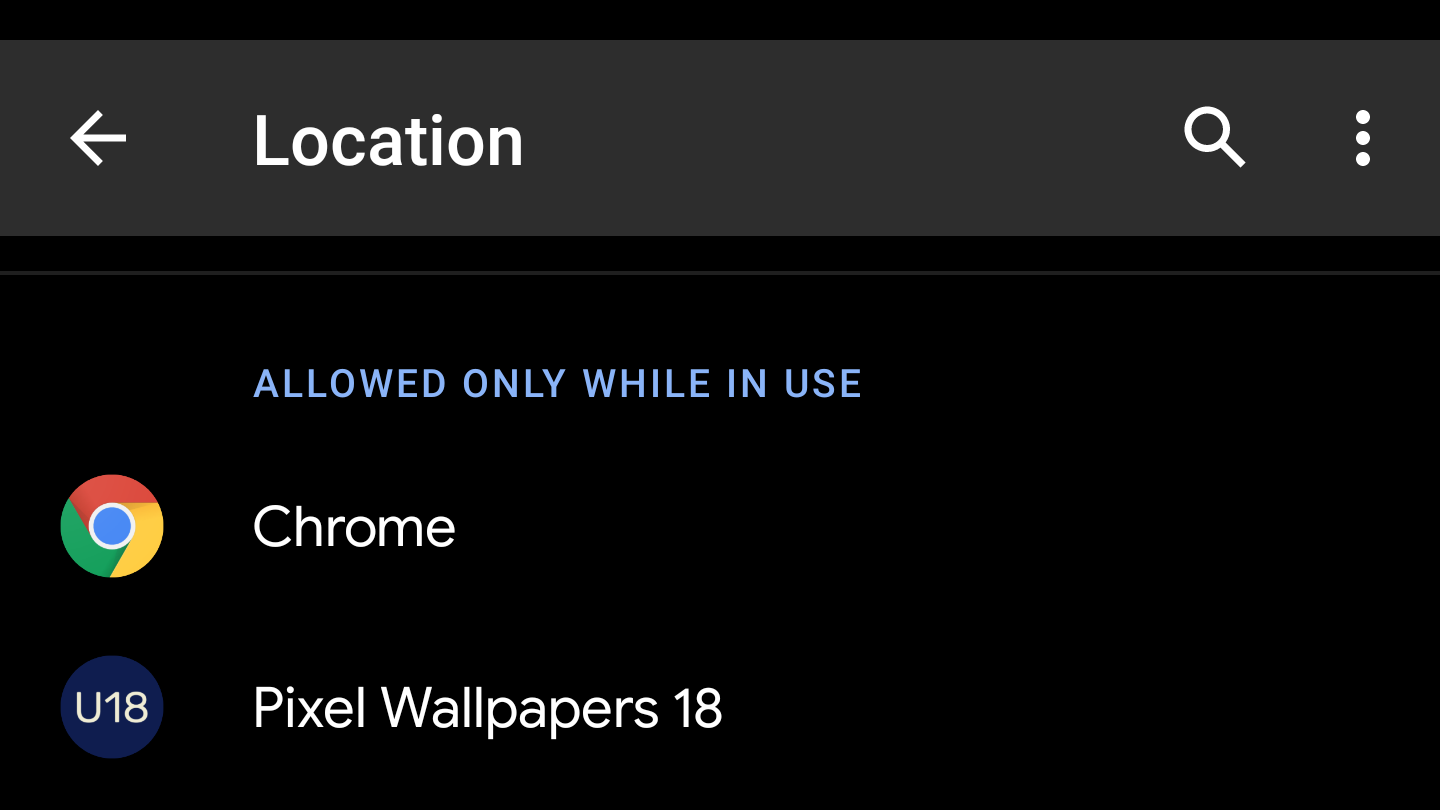 Hey, you got your iPhone in my Android. I kid, but Google’s new “Gesture navigation” controls do feel a bit more Cupertino than Mountain View. If you don’t want to take my word for it; try all two of them out for yourself. Go to Settings & System & Gestures, and then tap on “System navigation.” 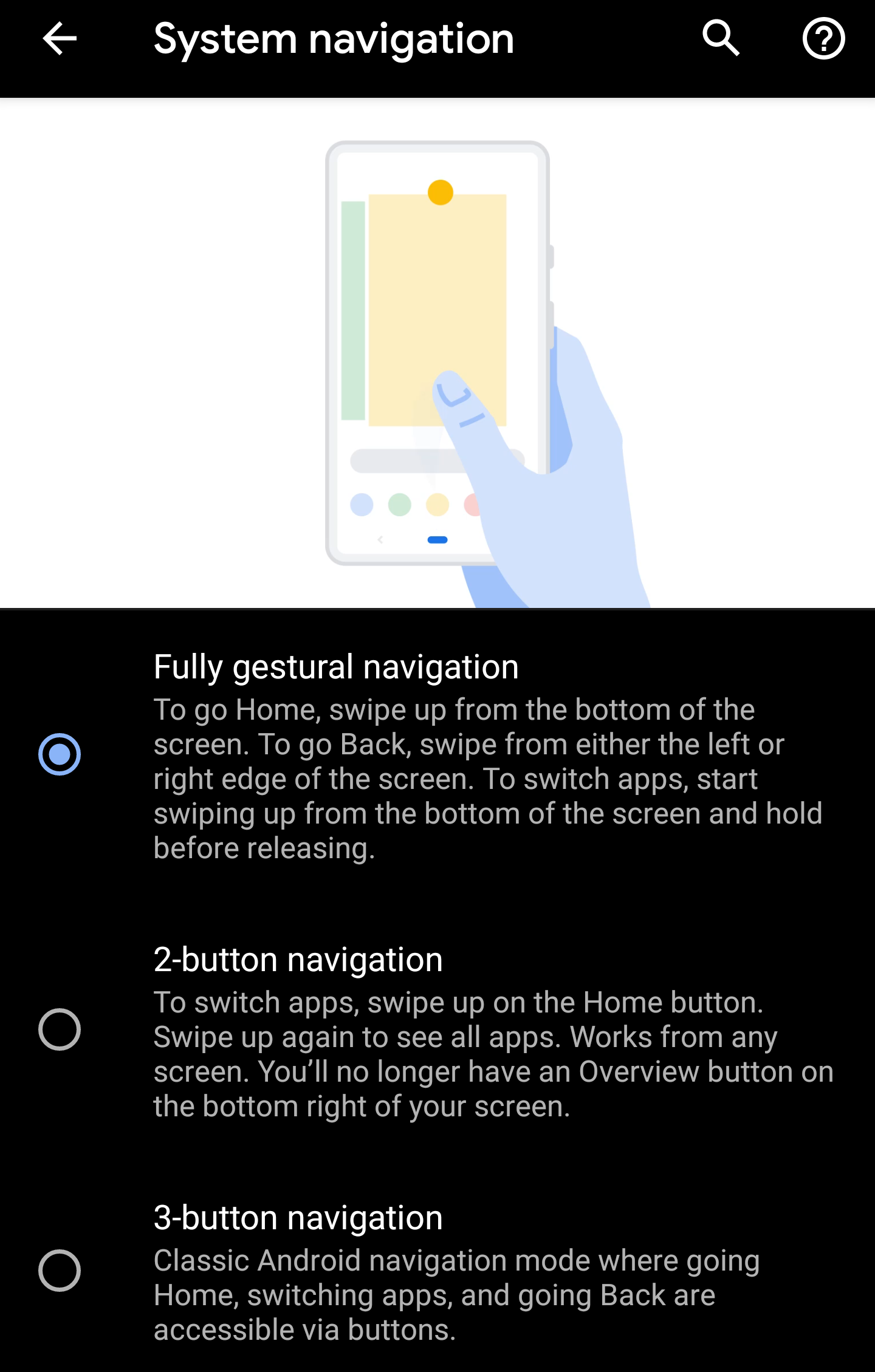 If you opt for the latter, you’ll now go Home on your device by swiping up from the bottom of its screen, rather than tapping on a button. Hold at thee end of this gesture, instead of releasing your finger, to switch between the apps you have open. And to move back in a window, swipe left or right from the screen’s edge.

If you’re getting a lot of the same kinds of notifications, and you wish that the responsible app would dial the alerts back a bit, you can fix that. Long-press on a notification and, if you’re allowed to, you can set the app to either “Interruptive” or “Gentle” notifications: 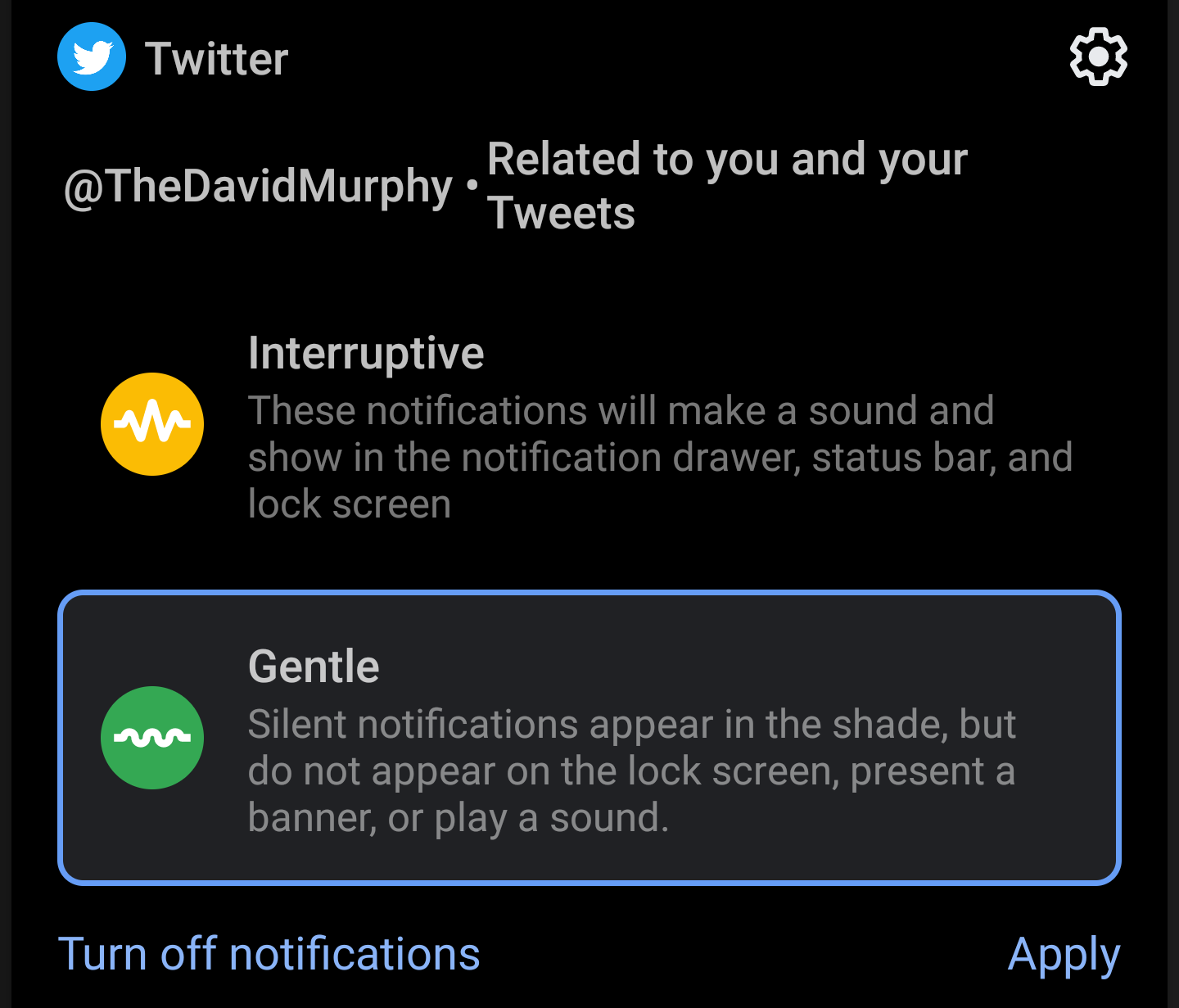 You’ll also note that the ability to snooze notifications is now gone. It’s unclear if this is a temporary move from Google, or whether that little trick—previously accessible by slowly swiping left or right on a notification and tapping the clock icon—has been removed permanently in favour of the new Interruptive/Gentle treatment.

New to Android Q is an updated “Privacy” section that’s been pulled into the main portion of Google’s Settings app. Within this, you’ll find “Permission Manager,” formerly “App permissions” in the Apps & notifications portion of versions prior to Android Q. 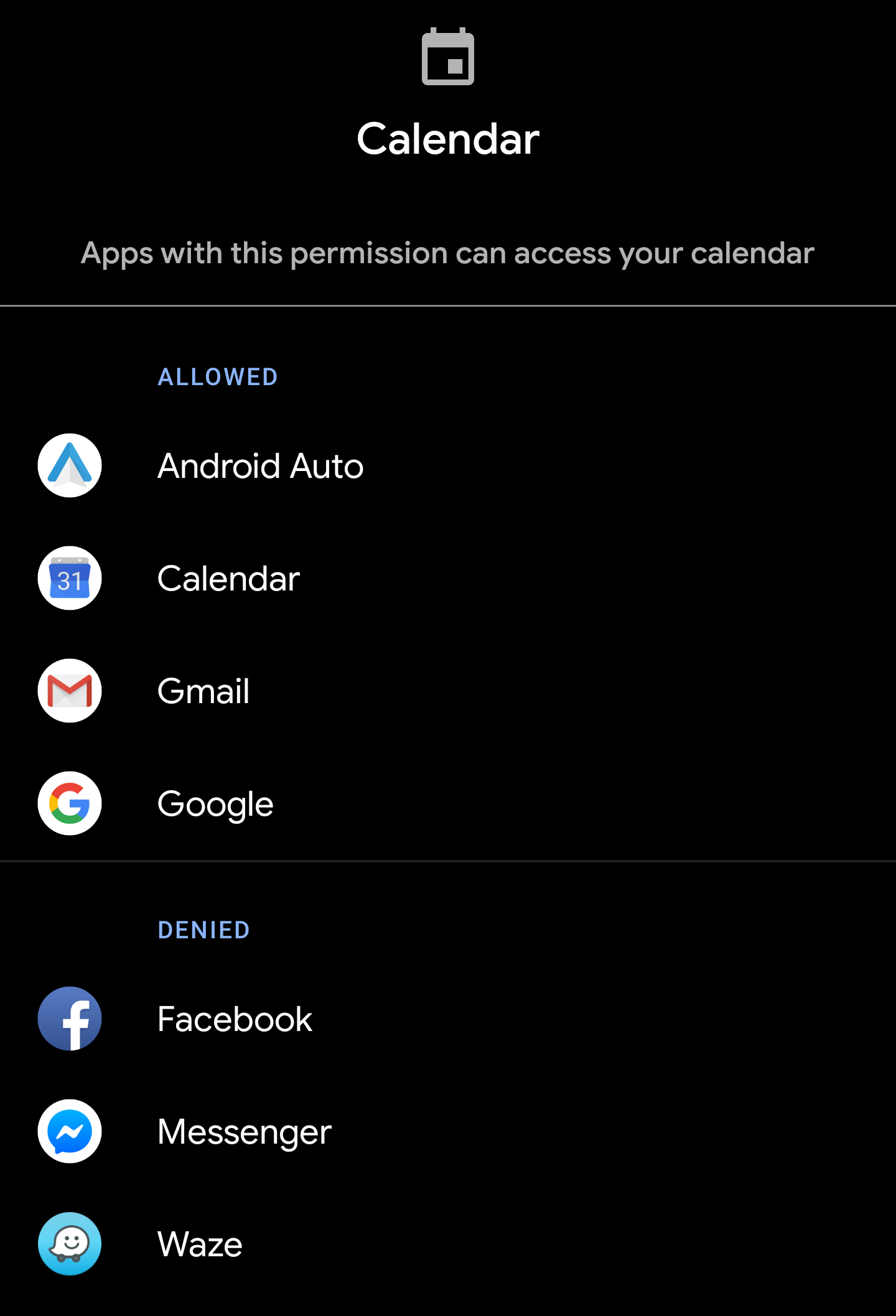 In case you’re unfamiliar, this section lists out a number of primary features on your device — like Call logs, Contacts, Phone, SMS, et cetera — and lets you tap through to see which apps are allowed/denied access to the feature. You can tap on any of these apps to change them from “allowed” status to “denied,” or vice versa.

What’s not ready yet?

Even though Android Q’s latest beta just came out, that doesn’t mean that Google has included everything it talked about at I/O 2019. Features arriving later on Android Q include:

Of all these, I’m most looking forward to Live Caption, and I can’t wait to check it out—hopefully in a future Android Q beta.