How To Emulate A Graphing Calculator On Your Phone Or PC 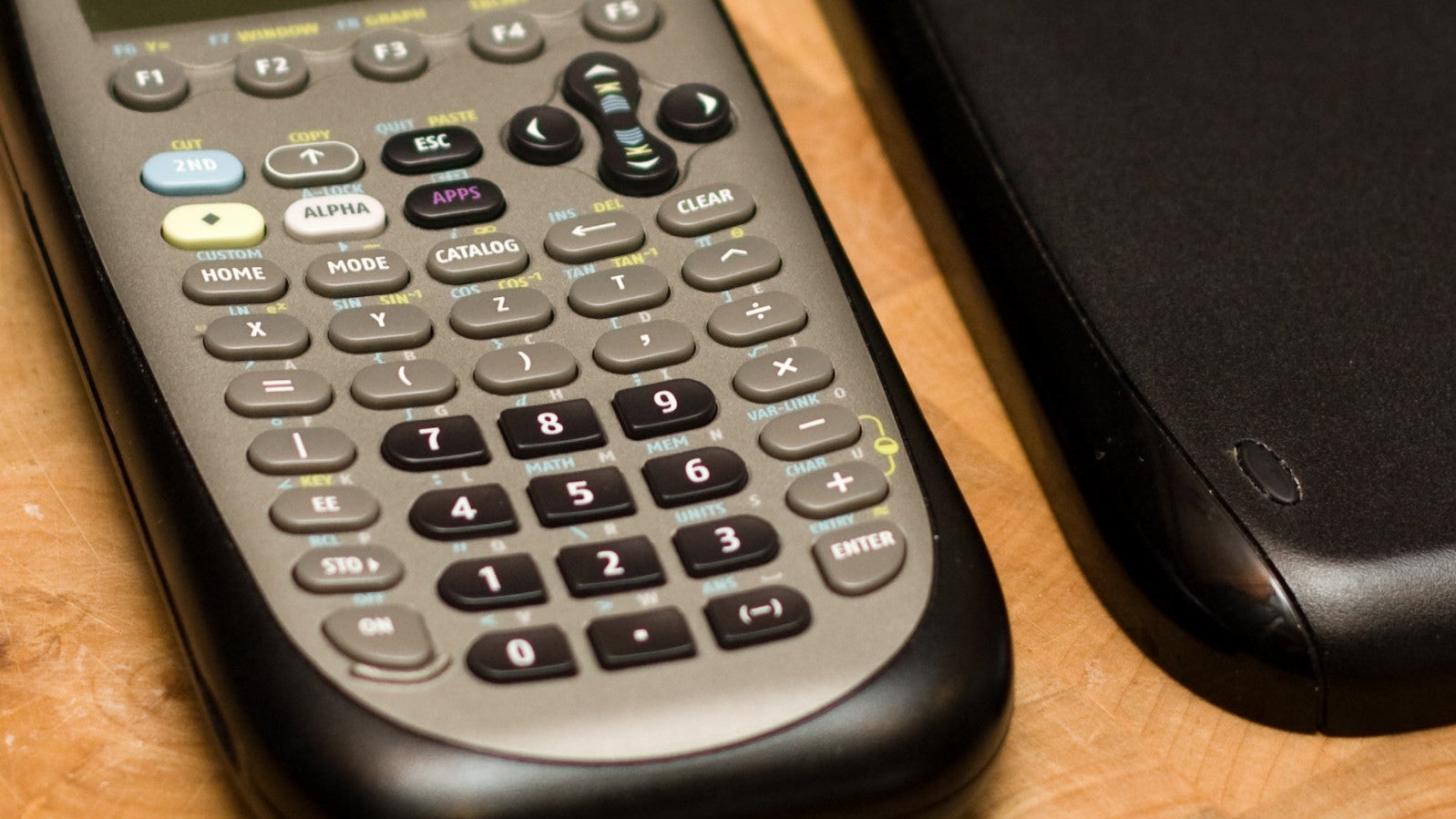 I feel like graphing calculators were only really a “thing” for most people during that year or two of high school when you were forced to use one for whatever maths class you were taking. It finally felt like you were getting old—teenage-old, that is — when everyone pulled out their bulky little beasts on the first day of school to see whose parents threw down for the crazy-fancy models.

Those chonky TI-## devices aren’t particularly sexy, but they speak to a special era: when the best you could do to distract yourself during the school day was to discreetly fire up a copy of Drugwars. The trusty TI-83 was my saviour during the boring parts of my final two years of high school, and it’s only fair that I honour these handheld lifesavers for all the hours I invested in games of Snake during class.

Emulate your graphing calculator on your PC

If you don’t have the cash to blow on a graphing calculator, or you just want to play around with one for nostalgia’s sake, there are plenty of different tools you can use to emulate their capabilities on other platforms. The long-standing ticalc.org has a great list of emulators for Windows and Mac, and these are their best-in-class recommendations for various Texas Instrument models:

Emulate your graphing calculator on your smartphone or tablet

I suppose it makes perfect sense to emulate a graphing calculator on a smartphone. Why carry two devices if you don’t have to, after all? On Android, consider checking out Graph 89 Free—though you’ll need a .ROM image for it to work (something you can extract from your existing graphing calculator or surely find elsewhere). Mathlab’s Graphing Calculator + Maths, Algebra & Calculus app is a great way to get similar functionality on your smartphone, even though it’s not emulating your calculator’s exact look and feel. For that, you can also check out the app version of the aforementioned Wabbitemu, which emulates a wide range of different graphing calculators: the TI-73, TI-81, TI-82, TI-83, TI-83 Plus, TI-83 Plus Silver Edition, TI-84 Plus, TI-84 Plus Silver Edition, TI-85, and TI-86. It even comes with a setup wizard to help you create the .ROM file it needs to work.

As for iOS, you aren’t going to find a great emulator for the TI calculators you’ve probably used (or been asked to use). There are other apps that offer graphing calculator functionality, like GraphNCalc83 ($9.99), Graphing Calculator Plus ($7.99), and Desmos (free). They’re as close as you’re going to get to a hardware graphing calculator on your iPhone or ipad, even if they aren’t direct copies of your graphing calculator’s UI and features.

Where can I get apps and games for my calculator (or emulated calculator)?

I am — and have long been — a fan of the comprehensive archives of graphing calculator programs over at ticalc.org. If you’re not sure where to get started, they even have great “top” lists, which you can use to see what’s popular in the graphing calculator…er…scene. 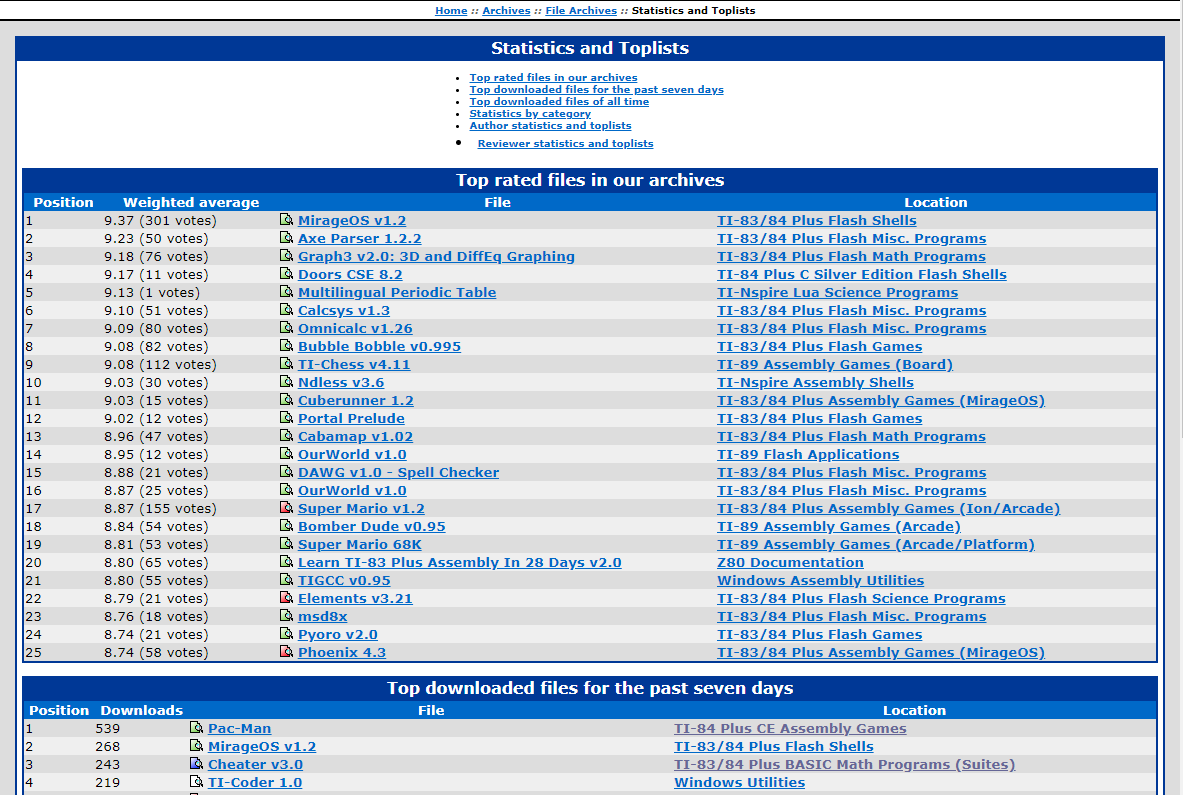 I also think that the Omnimaga forums / file repositories are a great place to find some solid calculator RPGs, among other noteworthy programs (like Game Boy emulators, which might be a lot more fun to install on your device than games written specifically for the calculator). As well, Cemetech is a big program archive that’s comprehensive and regularly updated, a rarity in the graphing calculator world.

The /r/ti84hacks subreddit isn’t a bad place to start for program recommendations for that specific calculator. It’s worth scanning through Reddit to see if your graphing calculator (or the one you’re emulating) has its own subreddit, too. (There’s even a subreddit devoted to Texas Instruments devices as a whole.)

Speaking of, TI84CalcWiz has a decent selection of games and apps as well, but it’s unclear if this site is being updated anymore. And if you’re using an HP graphing calculator, hpcalc.org is your ticket.