Here’s Why It’s So Hard To Draw A Horse 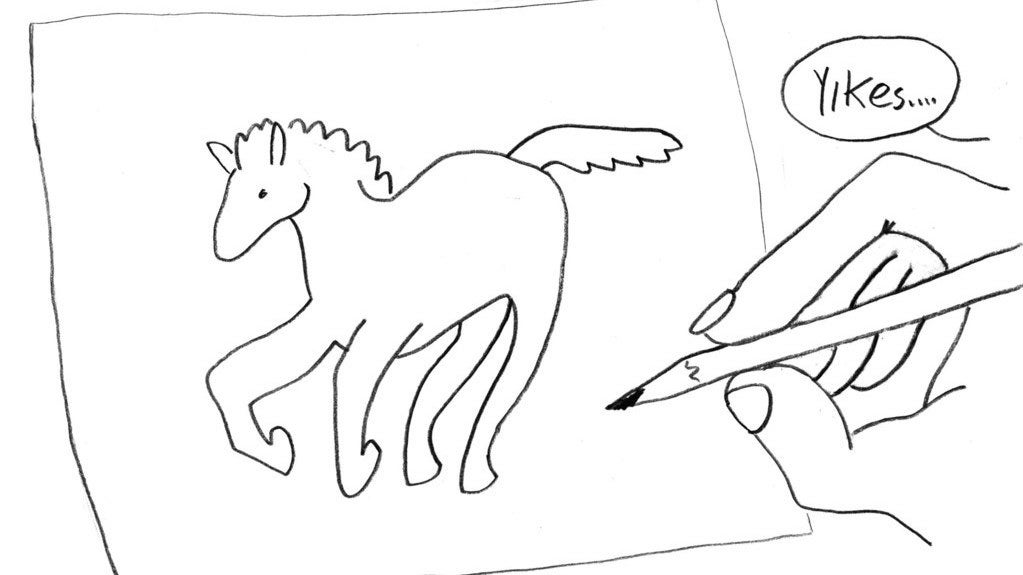 The New Yorker comic “How to Draw a Horse” isn’t really a how-to; it’s a story about young love and the beauty of nature and channeling your feelings into art. But it also has actual tips for drawing horses! So if you’re an artist who struggles with anatomy, movement, or proportions, check it out.

“How to Draw a Horse,” written and drawn by Emma Hunsinger, explains what makes horses so hard to draw: they’re “so uniquely and unexpectedly proportioned” that you can’t copy over what you’ve learned from similar quadrupeds like dogs, cats, and sheep. Every part of the horse works differently than those: Hunsinger guides readers from the “thin head that looks different from every angle” to the “complicated butt.”

But the most important part is the legs. “Their legs are thinner and longer than you’d expect them to be,” says Hunsinger. “Their torsos seem enormous compared to those legs.” It’s those thin legs—which bend in three places, as Hunsinger diagrams—that make horses such great runners.

So make the legs skinny, pay attention to where they bend, and watch how they’re arranged as a horse walks, trots, or runs. Thankfully, there are tons of reference photos and animations of horse movement; one of the first silent films was made of 24 photos of a running horse. And Hunsinger draws her own reference, showing how a horse walks—each left leg, then each right leg—vs. how it runs—each hind leg, then each front leg.