Google Just Unveiled The Pixel 4 (And Its Camera Looks Fantastic)

In the lead-up to a new Pixel smartphone, it’s customary for leaked photos and fanciful renders to clog the interwebs. For the Pixel 4, Google has decided to drop a truth bomb directly on the rumour mill.

Behold the Pixel 4 in all its glory. It’s big, it’s black and it’s rocking a very different camera.

In an apparent response to unofficial Pixel 4 renders, Google has made the unprecedented move of releasing an official image of its new flagship. The Pixel 4 is not expected to ship until October, so this is a pretty big deal to say the least.

Well, since there seems to be some interest, here you go! Wait 'til you see what it can do. #Pixel4 pic.twitter.com/RnpTNZXEI1

As you can see, Google has made some significant enhancements to the rear camera, which now boasts a dual lens arrangement. This is unsurprising, given the minor tweaks given to the Pixel 3’s camera. In short, this should mean Google’s phenomenal imaging software will finally have hardware to match. Hurrah!

The shared image also reveals some intriguing sensor-like holes near the camera lens. As Gizmodo notes, one of these sensors could have something to do with the radar-based Project Soli, which allows users to control their phone by making gestures in the air. This video provides some details:

While it might be hard to imagine the benefits of this feature to existing Android UIs, a new breed of apps will presumably make the case for this technology more apparent.

What about the notch? It’s not clear from the image, but we wouldn’t be surprised if the phone favours a ‘hole punch’ design over the Pixel 3’s highly divisive notch. At the very least, you can expect this to be relegated to the XL version, as it was with the Pixel 3.

Speaking of the XL, it’s worth noting that this is just one of the Pixel 4 phones that Google will be releasing. If the rumours check out, there’ll also be a Pixel 4 XL and Pixel 4a or ‘Mini’ which Google hasn’t released images of. Naturally, you can also expect a few colour variants if basic black isn’t your thing. 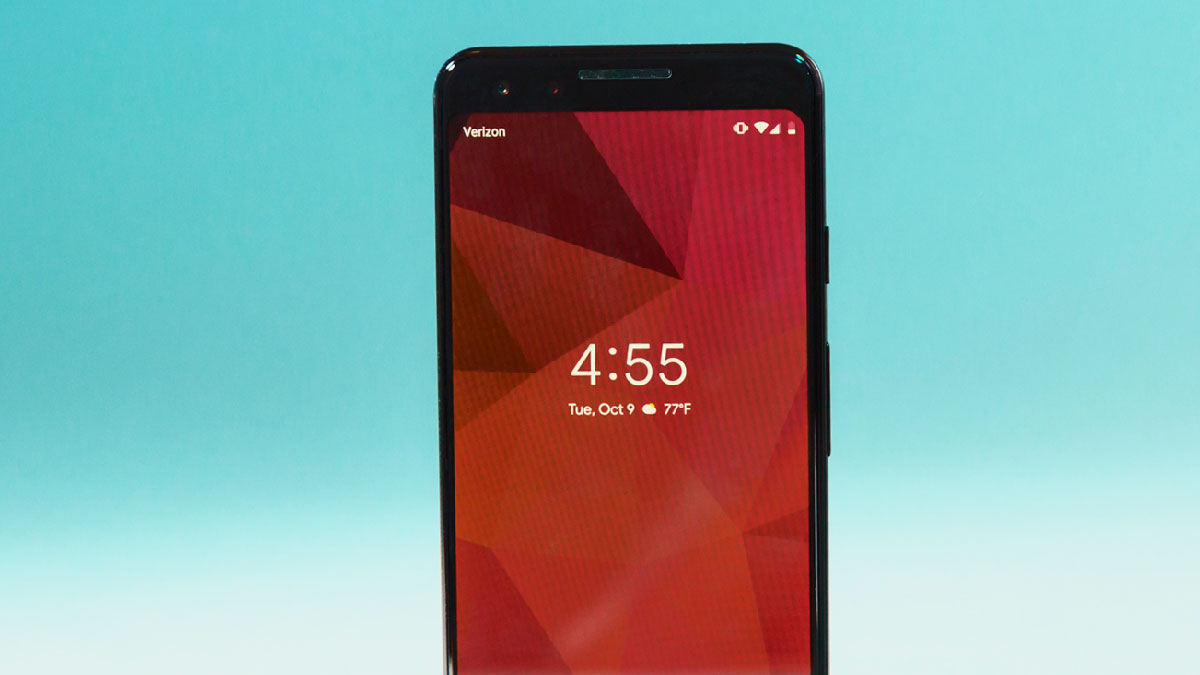 The Pixel 4 family is expected to launch some time in October. Doubtlessly there will be many many hardware leaks before this date. Who knows? Google might continue to fight internet wildfire with fact via the release of more official images. In the meantime, you can check out some of the more credible rumours here.

Google Pixel 4 Mini: This Is The One We've Been Waiting For

There have been rumblings about a miniature Pixel phone for months now - some of it directly from Google's mouth. Now, a series of unofficial renders have revealed what such a phone might look like - and you're definitely going to want one.