How to Enter Queensland After Borders Reopen on Friday

How To Add Yourself (Or Your Friends) Into GIFs

So, you want to superimpose your face (or your friends’ faces) on the next big meme. You have a few options.

You can go the South Park treatment, where you slap an oversized cutout of your own head over the head of whoever is in the GIF you’re trying to mess with. That’s easy, even though it looks a little crude.

I’ve also been playing around with the Morphin app for iOS and Android, currently in beta.

Instead of going the your-face-pasted-over-their-face approach, it transforms the entire GIF into a CGI scene, inserting your head (or the head of anyone in your photo library) in place of whoever is in the GIF. The results, while also a little crude, are still funny:

The app itself couldn’t be any easier to use. You’ll have to create an account before you can get started creating GIF scenes, but I do appreciate the creativity of Morphin’s tutorial, which simulates a chat thread between you and the app: 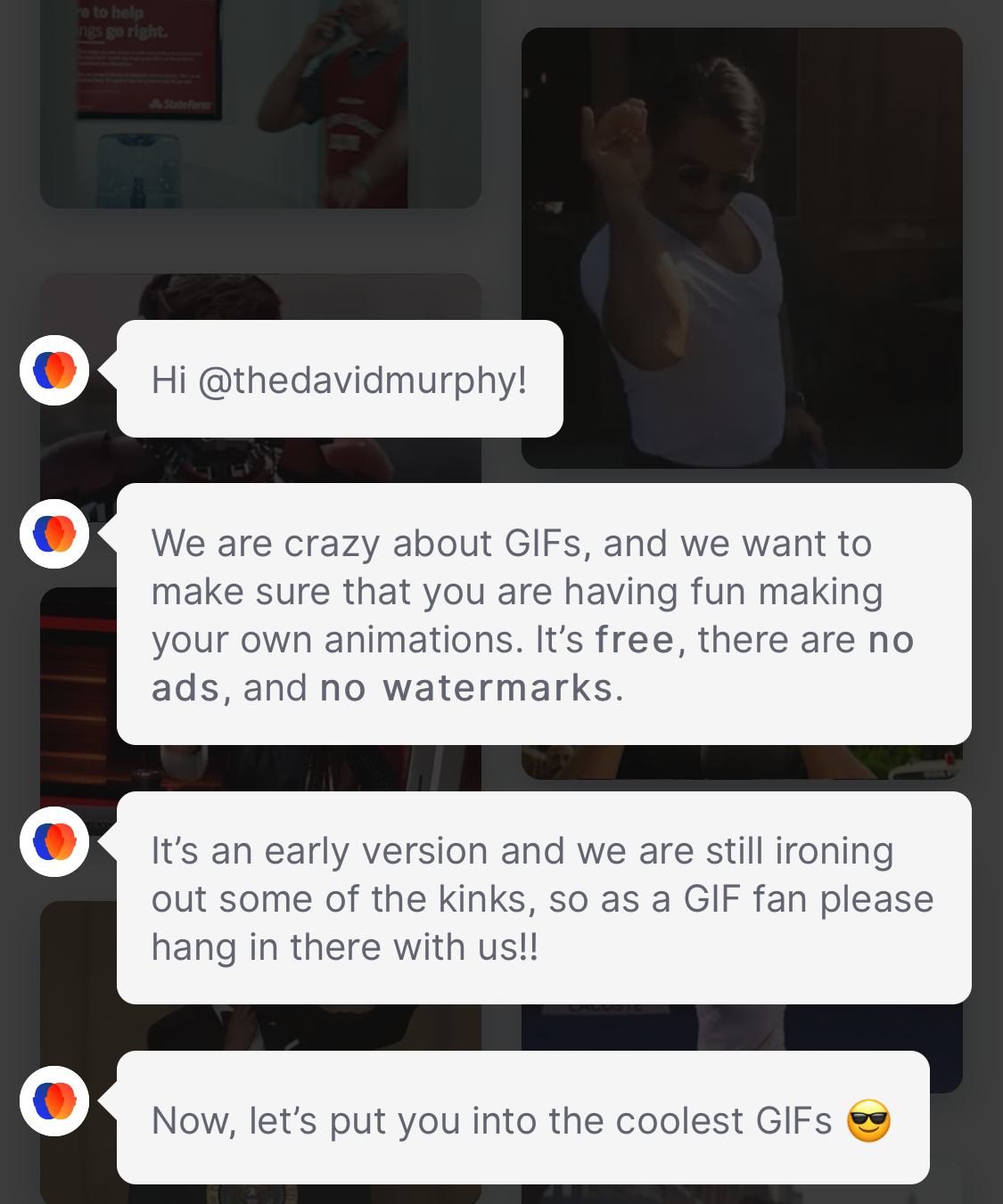 You’ll take a quick selfie of your face and pick a .GIF to emulate. Morphin will get started creating the CGI scene, giving you a little trivia to play while you wait for the process to finish—typically less than ten seconds. 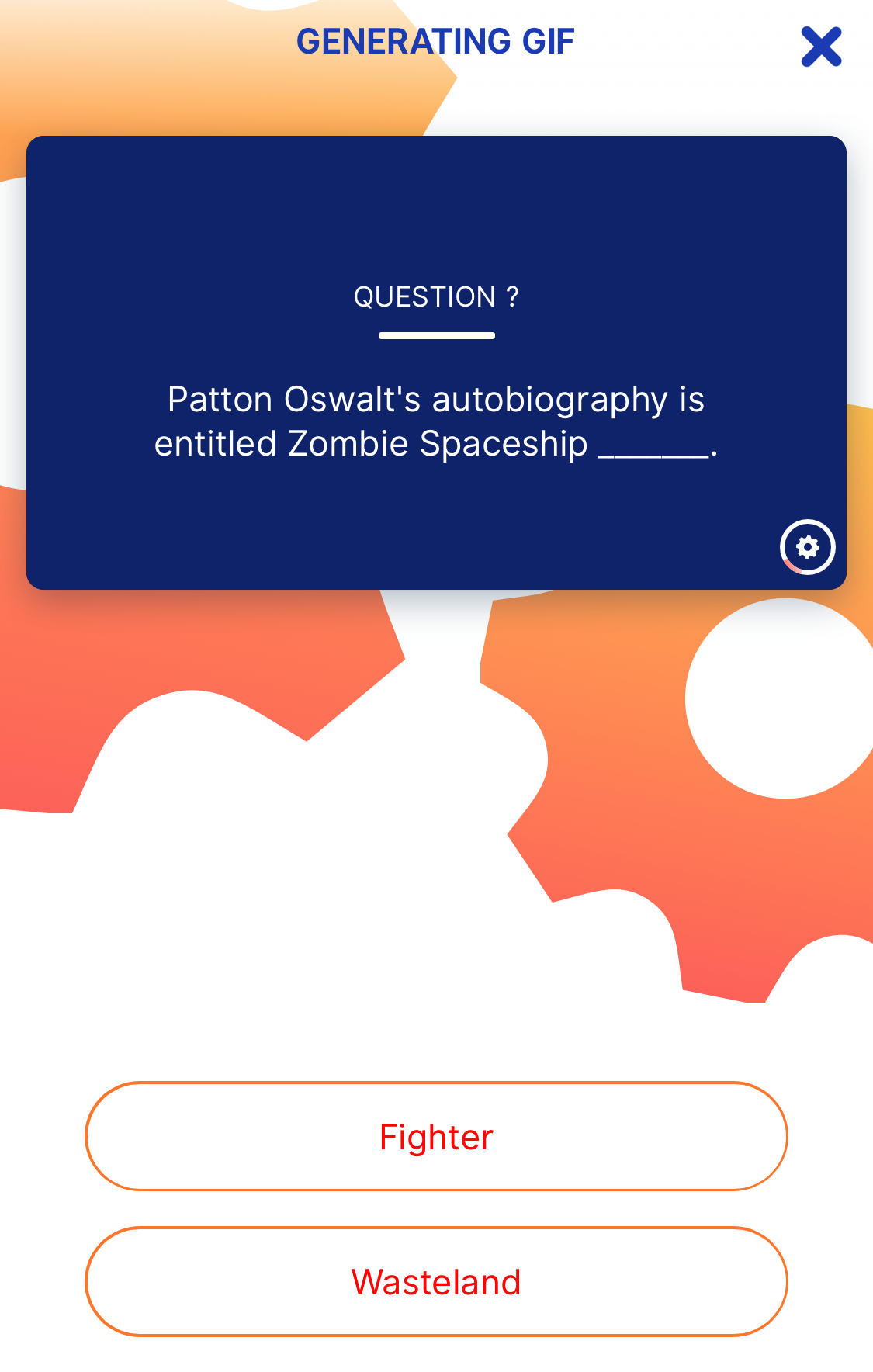 From there, you can save the .GIF the app creates to your photo library or share it with other services. The latter didn’t work for me very well, but I’ll chalk that up to the app still being a little buggy.

It’s weird that you have to share at least three GIFs before you can partake in the full Morphin library of GIFs, but I’m hopeful the app will fix that weird limitation in future updates. (I got past it by just making and saving three GIFs. Easy.)

To Morphin’s credit, they do have a pretty decent list of popular GIFs to pick from—at least, I’ve always wanted to be Khaleesi. 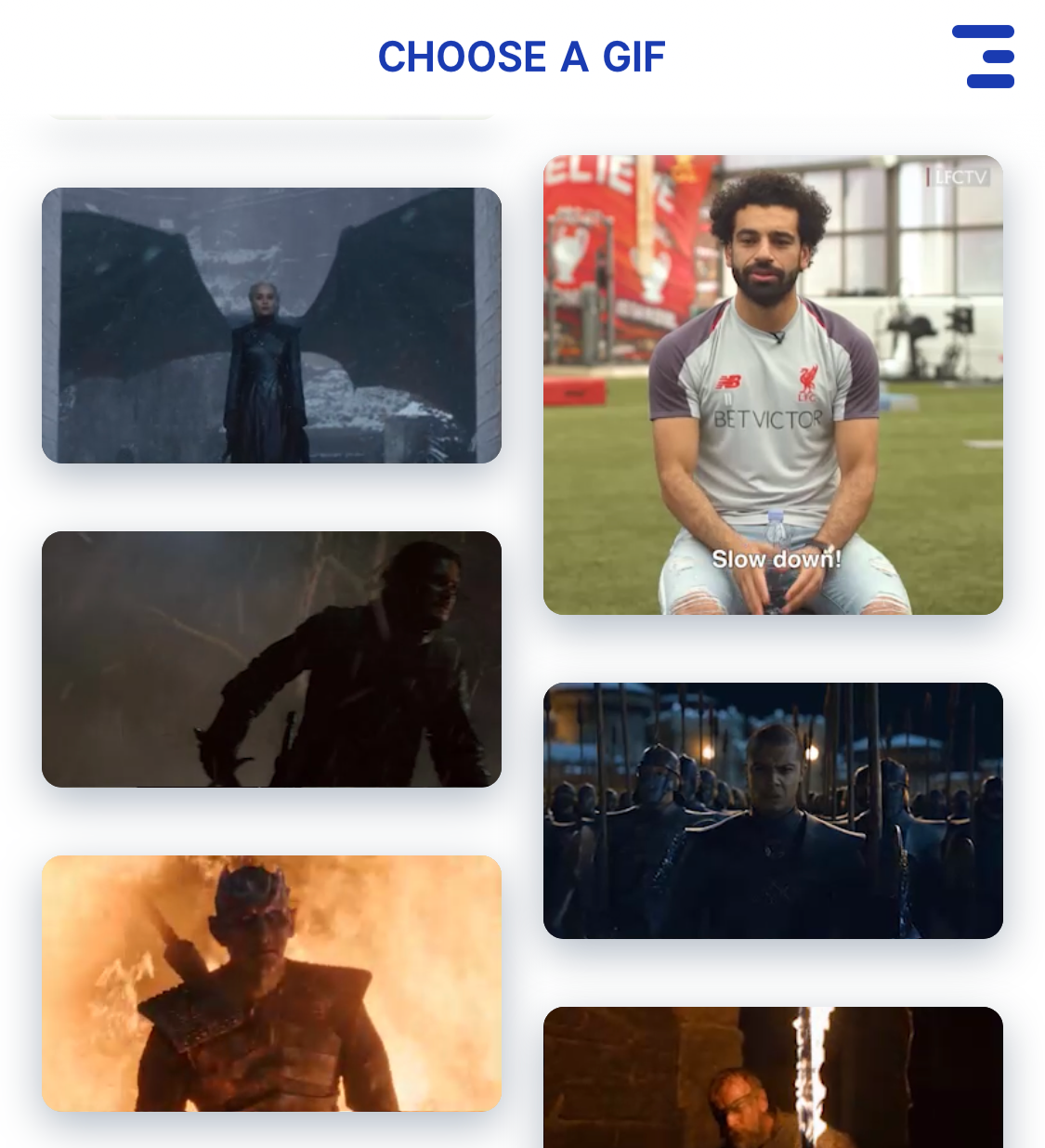 And I appreciate that you don’t even have to use your own face if you don’t want to. You can pull in the face of anyone in your photo library; even stranger, Morphin gives you a pre-populated selection of celebrity faces you can use.

That way, you can pull a Benioff & Weiss and really mess with the ending of Game of Thrones: