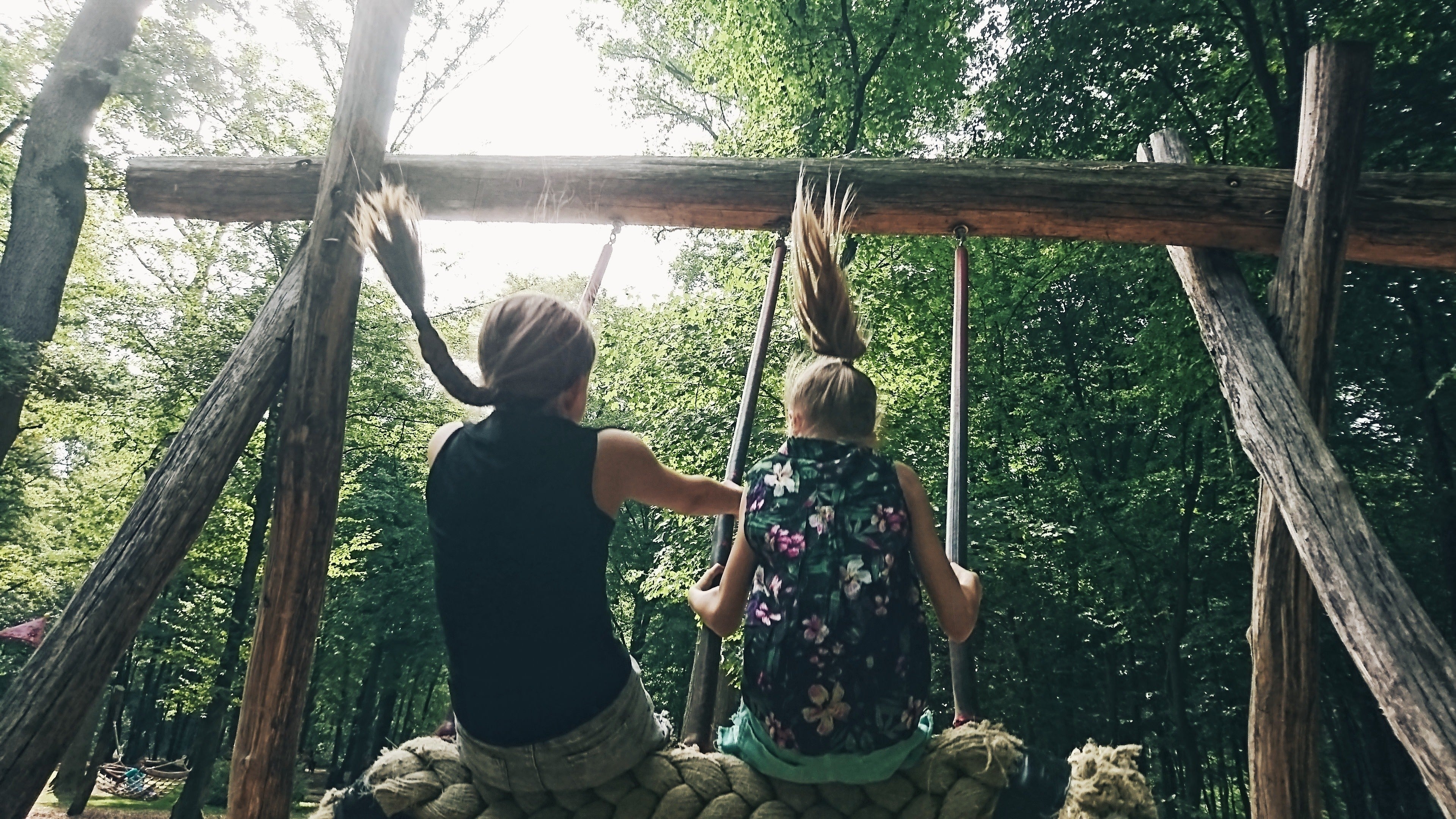 Summer camp: A time for making friends, braiding lanyards, eating s’mores, jumping in lakes and drenching your mosquito bites in lotion. While Australians might never have experienced it for themselves, we’ve all seen and heard about it from afar. For Jamie Lee Lardner, who spent years as a camper and counsellor at Camp Pontiac in New York, it was the ultimate training ground for her future role as a mum.

Lardner is a member of the Offspring Facebook group, and always has great parenting wisdom to share. When I asked her where she learned many of her tricks, she told me: “At camp.”

It makes sense—summer camp counsellors must be facilitators, coaches and mentors all at once. They encourage kids to take risks, work in teams and look out for others. They have to navigate a world of unpredictability – “Susie found what in her bunk?!” – with leadership and composure.

One thing Lardner learned as a counsellor was how to motivate kids. She shares some tips.

Instead of telling kids what not to do, encourage the behaviour you wish to see

“When I was lifeguarding, instead of saying ‘Don’t run,’ I would always say “Walk with your safe feet,” Lardner says. “This was especially good for the younger kids.” Giving kid a clear picture of what they should be doing is much more effective than a list of “no’s.”

Give misbehaving kids a mission

At camp, Lardner remembers there were some kids who were always shoving others. She discovered a way to keep things peaceful: Turn the misbehaving kids into leaders. As a parent, she recently used the tactic.

Lardner explains: “On a Disney cruise, this 10 or 11-year-old kept bumping kids out of the way to go on a water slide. He bumped my three-year-old out of her turn, so I met him at the bottom. I said, ‘Hey! You’re way older than these kids, so you’re supposed to be showing them how to wait in line and help them at the top.’

Then I said, ‘This is Mickey. She is three and is just learning how to wait her turn. Can you show her how the big kids wait their turn?’ The kid became her body guard for the rest of the day. When he got ice cream, he brought her some. In my experience, kids react better if you remind them they’re capable of leadership instead of screaming, ‘Hey, wait your turn!’”

With the more timid kids at camp, Lardner says she would remind them of their past “brave steps” to encourage them to go even further. It’s a technique her therapist calls “priming.”

For instance, with a child who’s afraid of the water, she might say, “I saw you put your face in and blow three bubbles yesterday – that was awesome! How many do you think you can do today? If we get up to six, you can splash me with a kickboard.” It’s all about building trust with the kids and highlighting their acts of courage.

In camp scenarios in which Lardner would feel like yelling at a kid, she would first ask herself whether doing so would help achieve the resolution she’s looking for. And always, the answer would be no.

She once had to do a rescue in the water. One child pulled another off her flotation device. Lardner wanted to explode, but instead, she decided to “architect a disaster plan” in her head based on what she wanted the ultimate result to be.

“I needed them to have a peaceful and safe resolution where everyone felt empowered,” she says. “So I thought, how do I work backwards from there?” She decided to have a talk with both kids about how some children think going underwater is fun, but others find it scary.

“I said, ‘See? Everyone was trying to have fun, but we forgot the major rule: No touching each other in the water.’ Lardner says she never wanted the so-called “bad kid” to walk away feeling embarrassed. Instead, she says she “wanted that kid to know what a hero acts like.”

The bottom line: When you start with the premise that kids want to do better and hold them to a higher standard, they’ll often rise to it.