Even the most avid readers among us occasionally run into words that we don’t quite know the meaning of. My typical move, in that case, is to copy/paste the word into Google in another tab and see what comes up. This week I came across a Chrome extension that cuts out the middle man (or middle tab in this case) and handles the operation on the same page instead.

Called “Google Dictionary,” once installed you just have to double-click on any word on a website to pull up the word’s definition. The definition will appear in a floating square above the existing text. You’re also able to play a pronunciation of it if you’re curious how it’s said. 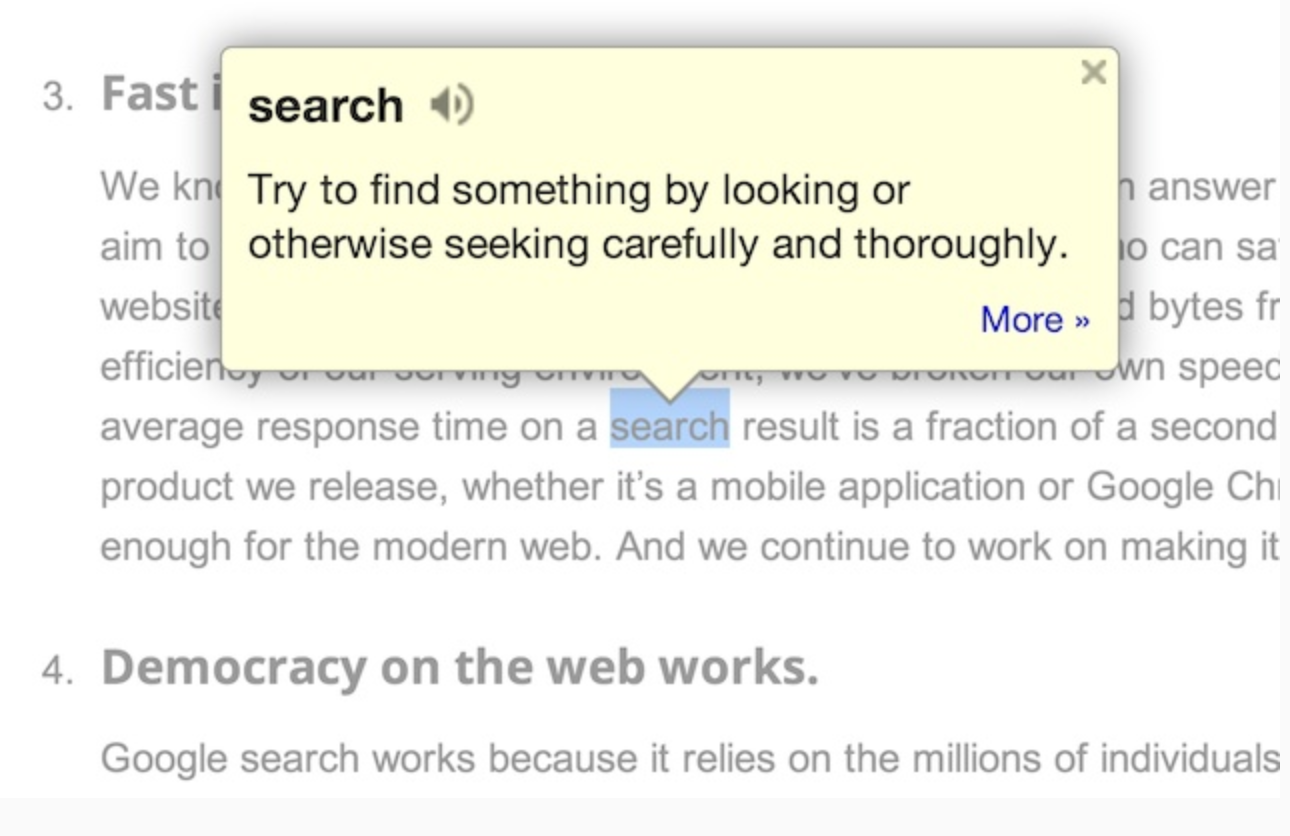 Beyond allowing you to learn a definition on the spot, the extension also allows you to store a history of the words you’ve looked up, allowing you to reference them later on so you can potentially learn them for good. You can also allow other third-party extensions access to the history to do something like create flashcards for you to brush up on.

It also works for words in foreign languages and will provide definitions automatically in your language of choice. That history can be downloaded as a CSV at any time.

All in all it’s a pretty simple extension, but one that can be a handy thing to have around.