The Google I/O developer conference wrapped up last week with a bunch of new products and features announced. For those, like me, who didn’t get there this year, Google has conveniently prepared a list of 100 things they announced at the event. I’ve scanned the list and think these are the ten biggest.

Google’s new smartphone brings most of the main features of its flagship phones but a fraction of the cost.

I think the new Pixel devices will cause a shift in the smartphone market and force other manufacturers out of the current cycle of ever-increasing prices.

#2 On device AI and machine learning

Google has done some serious work on its AI tools. It has been able compress the graph it uses so that many of the operations that have required web access can now run on devices. As well as reducing the need for connectivity, which isn’t always available, it will mean faster response times as you can get answers from your queries without the need for them to be uploaded to a server and then returned to you.

By default, Google collects quite a lot of data about your use of its services. You can delete that data but it’s a manual process. That’s going to change with Google providing an option to automatically delete your data from its servers at specific intervals.

#4 Android Q will get smarter

Android is a very mature mobile OS so its unlikely we’ll see many big “showstopper” features. Rather, it will keep refining and improving.

Well see better management of privacy settings with Incognito Mode moving to apps other than Chrome, improved gestures (important as we move towards a dual or folding display future) and improved predictive typing. 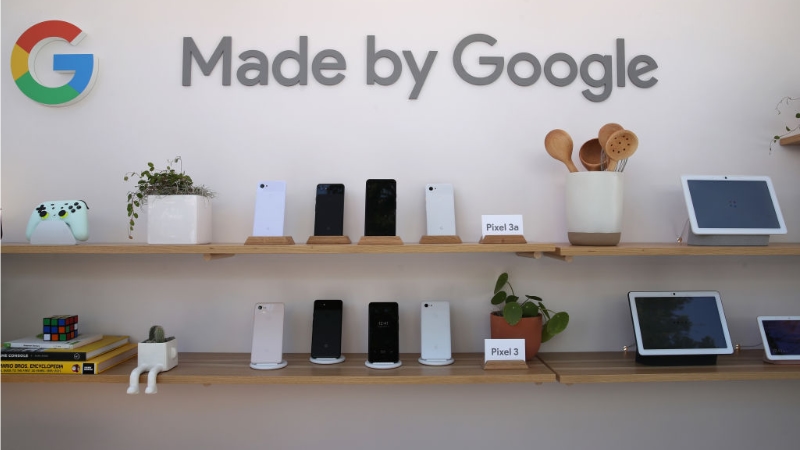 This is one of those cool features that I didn’t realise I wanted until I saw it. Now, when I watch a video on my phone, it will get captions added in real-time. That’s handy for watching a video in places where I can’t hear it and is a boon for those who are hearing impaired.

The Biggest News From The Google I/O Opening Keynote

Google I/O kicked off this morning, with the search giant showing off a bunch of new tech. Although the event is pitched at developers, it gives a strong indication of the kinds of things we will see in the near future. Here are some of the highlights.

All Chromebooks launched this year will be Linux-ready right out of the box.

#7 Google Maps will get more AR

Te Google I/O attendee app showed off a handy new feature. Now, when you point the camera down a street, in a shopping mall or some other place, you’ll see live information on the image telling you what’s ahead. For example, in the attendee app, pointing the app through the event venue told you what sessions were running in the rooms the camera could see.

The Google Assistant will get better at understanding the context of your requests. As well as using the global graph of how things in the world relate to each other, it will create a personal graph that can better understand what you mean when you ask a question. For example, it will know the difference between Mum’s place being where your mother lives and Mum’s place, the local cafe.

#9 Google will tell you how to do stuff

If you’ve ever Googled a “how-to” question, you’ll be familiar with how you get a set of answers from YouTube as well as instructional web pages. Now, Google will give you step-by-step instructions from a trusted source like DIY Networks without the need to click on another link.

One of the problems with the news coverage many of us see and hear is that it’s an echo chamber. Google will now give you the option to see different points of a story, from a timeline of events to the key people involved, and direct you to different content including articles, tweets and podcasts.