Stop Robocalls On Your IPhone, Once And For All

Robocalls are getting worse — that should be a familiar headline, if not a familiar feeling, for anyone who owns a smartphone. Mine have gotten a little better, but I have plenty of friends who aren’t so lucky and are getting sick of call after call about whatever the latest spam of the day is.

Obviously, your first port of call should be the Do Not Call Register. However, there are still hundreds of robocalls that manage to circumvent this safeguard, whether it be political messages, overseas marketers or scammers.

While we’ve written plenty about different tools you can use to minimise robocalls, if you’re getting close to your breaking point, it’s time to take more drastic measures. This trick is for iPhone users only, but we’ll be back soon with techniques Android users can try as well.

You’re going to employ iOS’ Do Not Disturb mode, which you probably only use when you don’t want to be bothered while you’re sleeping. In this fun little twist, you’ll want to set your phone in Do Not Disturb mode in perpetuity. You will now, and forever more, enjoy sweet silence.

To do this, hit up the iOS Settings app and tap on Do Not Disturb. Turn off any scheduling you might have previously set and tap the little switch to turn the feature on. Never turn it off. 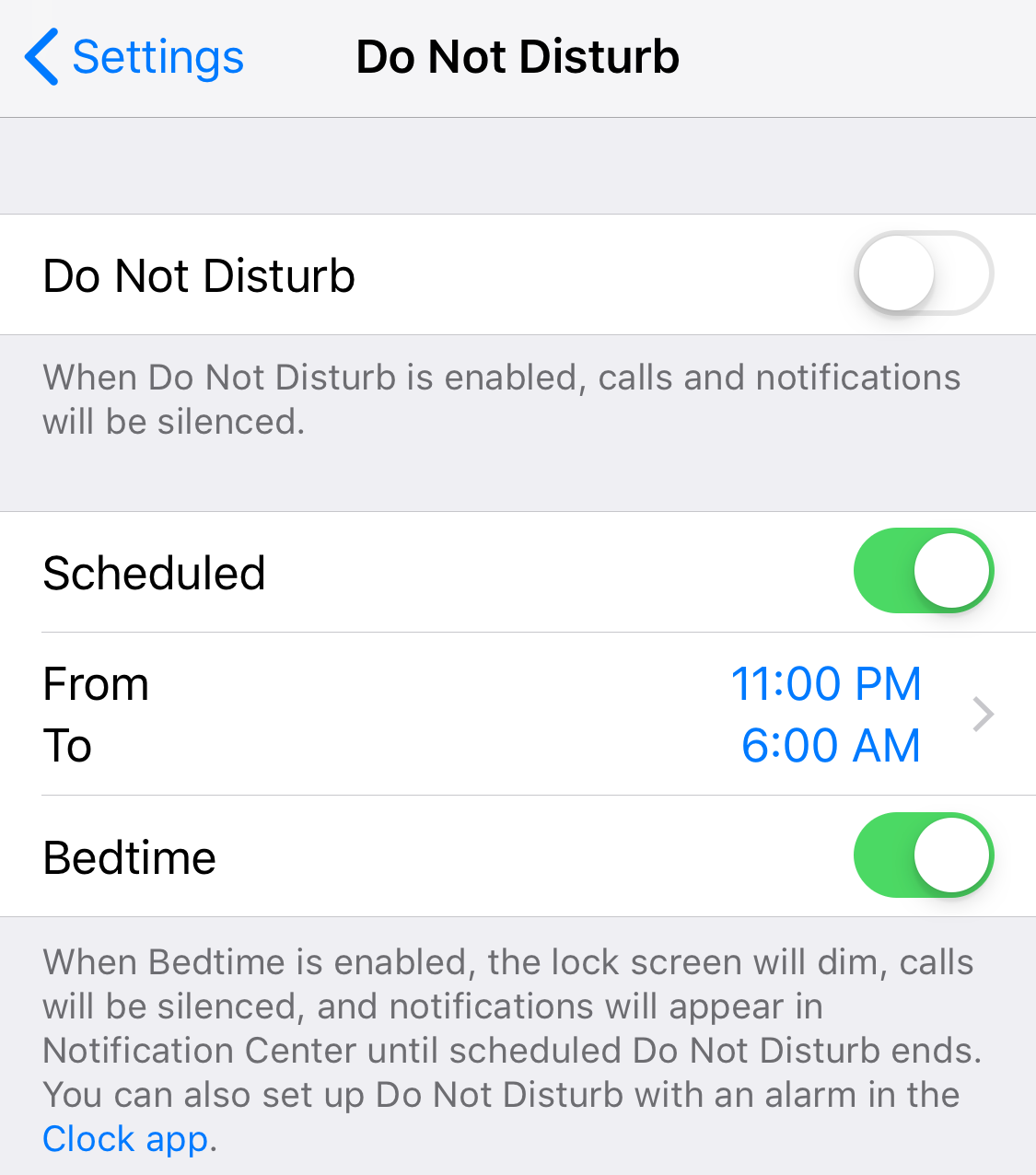 You’re not done on this screen, however. Scroll down to the “Phone” section and make sure the “Allow Calls From” setting is either “All contacts” or, if you want to limit yourself a bit more, “Favourites.” This means that your device won’t ring unless someone is already your contact—but you can always call back unknown, important calls, assuming they leave a voicemail.

I’d also enable “Repeated Calls,” so a call from an unknown caller punches through your wall of silence in case the person is really trying to reach you.

The one caveat with this whole “leave Do Not Disturb on all the time” philosophy is that you also won’t receive notifications when you get text messages: your screen won’t pop up with the message, your device won’t vibrate, and you won’t hear any sounds. There’s a fun way to bypass this, however.

Pull up iOS’ Contacts app and tap on a contact—one you’d like to know is texting you even if your device is on “Do Not Disturb” mode. Tap on “Edit” in the upper-right corner of their contact card, and then tap on “Text Tone.” Switch the Emergency Bypass switch to on, which will ensure that every text they send will go to your device. 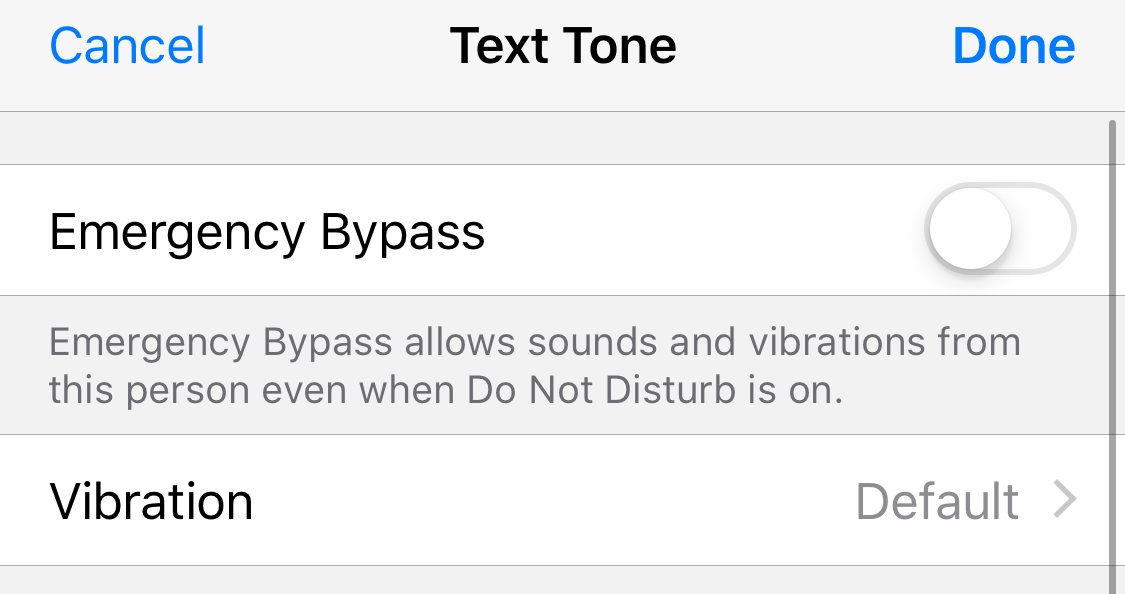 This little trick comes with a caveat, too. Any contacts that use “Emergency Bypass” will no longer obey your device’s Do Not Disturb setting, which means any stupid texts they send while you’re sleeping will pass through to your device. I tried various permutations of this—sometimes iOS messed it up—but it appears that the person’s messages will trigger your vibrate and text tone even if your device’s physical switch is set to vibrate/silent mode.

This might get annoying if you’re, say, watching a movie, so you’ll want to make sure you’ve turned your device’s volume down as low as it’ll go (at least). That, or you can give your person a customised text tone that’s at least lower in volume, generally, than whatever you use as your default tone. (You could also just turn your phone off when you’re at the movie theatre, or a fancy restaurant, etc.)

You’ll also want to go through your contacts and set this feature for as many people as you want to hear from, since Do Not Disturb will otherwise dump anything they send you into your Messages app sans notification. It’s a tedious process if you have a ton of friends, and I hope they still let you get a good night’s sleep from time to time.

Still, if you’re tired of being harassed by robocallers, blocking everyone you can with Do Not Disturb is an option—a nuclear option, but an option nevertheless.