Proxx Is A Perfect Minesweeper Clone

chromegaminggoogleminesweepersmartphone
Facebook may have decided that you shouldn’t see the news, but we think you deserve to be in the know with Lifehacker Australia’s content. To sign up for our daily newsletter covering the latest news, hacks and reviews, head HERE. For a running feed of all our stories, follow us on Twitter HERE. Or you can bookmark the Lifehacker Australia homepage to visit whenever you need a fix.

I’ve never been good at Minesweeper, and I think I must have been at least half my age the last time I played the game. It’s hard to make the click-you’re fine, click-you’re dead gameplay sexy, but Google has done an admirable job with its open-source iteration, Proxx.

The fun part of Proxx isn’t that it’s an updated version of the game with gorgeous graphics and animations (as far as Minesweeper goes). That isn’t why Google invested time resurrecting this Windows 3.1-era classic.

The genius of the web-based game is that it works on basically everything: From your smartphone to your old T9 feature phone that’s collecting dust in a drawer somewhere. Also, the game is only 100KB big in total, requires a mere 18KB download before you’re able to interact with it, and it renders at a consistent 60 frames per second.

“Smart feature phones such as KaiOS phones are rapidly gaining popularity. These are very resource constrained devices, but our approach of using web workers whenever we can allowed us to make the experience highly responsive on these phones as well,” writes Google’s Mariko Kosaka, one of the project’s developers.

To get started, simply hit up the Proxx website and pick your difficulty. You can also manually adjust size of your mine-filled field and set how many “black holes” you want, if you’re feeling adventurous. (Black holes are the “mines” that you don’t want to click on.) 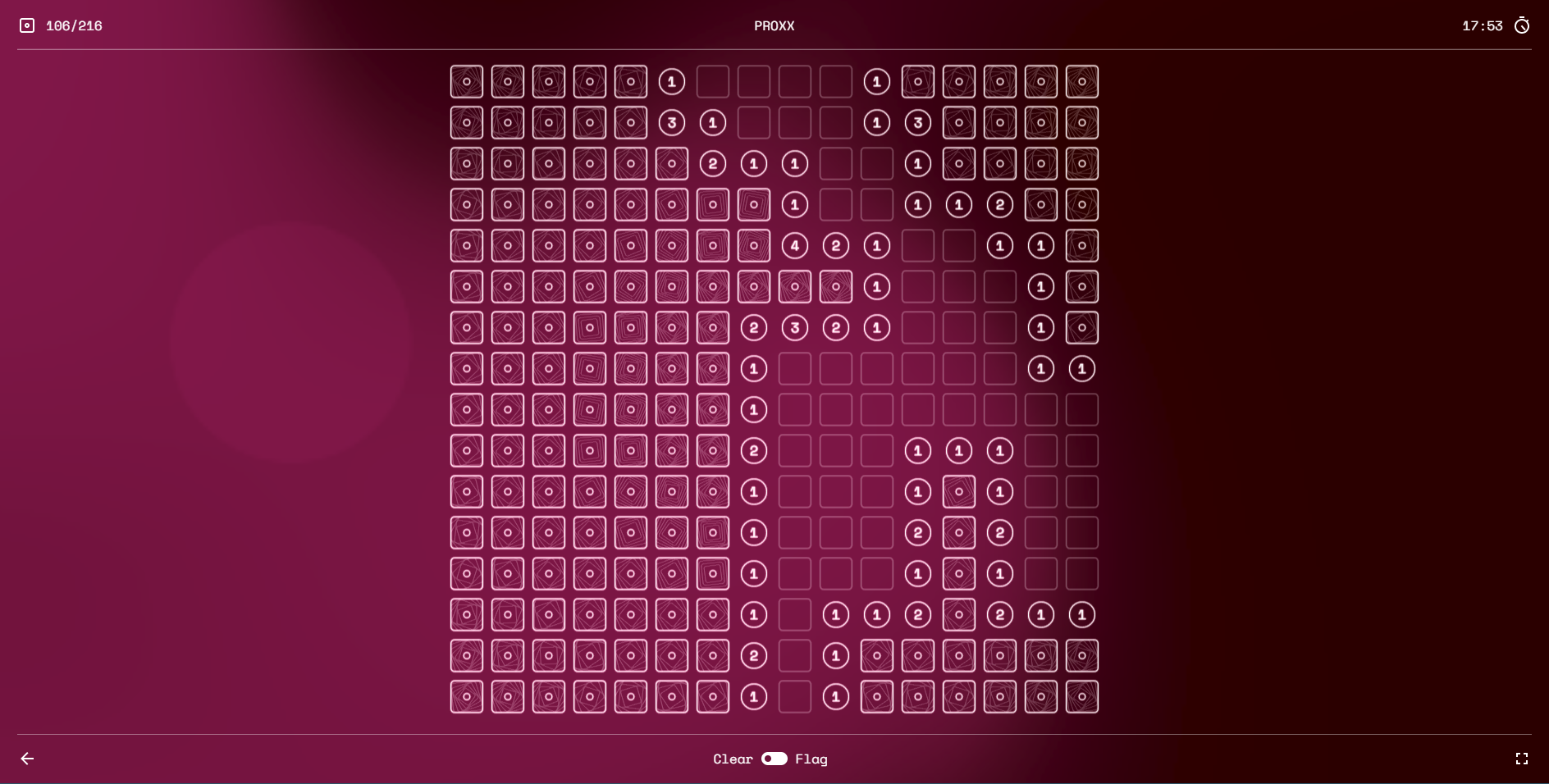 If you’ve been living in a cave for the past 30+ years and you don’t know how to ‘sweep, here’s a quick primer. Click on a square. If it’s a mine, you lose. Game over. If it isn’t a mine, the square clears. Neighbouring squares also clear if there are no mines surrounding them.

Eventually, you’ll see squares with numbers in them. That’s how many mines are surrounding said square — either in a horizontal, vertical or diagonal direction.

If you think you’ve figured out where a mine is, you can switch the setting from “clear” to “flag” at the bottom and mark the potential problem on your grid. (You can also right-click to flag mines, if you’re playing in your browser). Flagging a mine means you won’t accidentally click on it when you switch back to “clear”, and it’ll help you keep track of what is and isn’t (likely) a mine.

Keep clearing and flagging until you blow up or find all the free spaces. Enjoy the eternal frustration that is Minesweeper.

To learn a bit more about how (and why) Google built Proxx, check out these two talks from this year’s Google I/O developer conference: