I am no cap tryna get hip with the slang. Am I slaying?

Oh, hello, there. I am just brushing up on my Gen Z vocabulary, thanks to this glossary shared on Twitter by a high school teacher named James Callahan. Apparently, he had been keeping a running spreadsheet of the new slang terms he would learn from his students.

This week, a kid from his class tweeted screenshots of it, and then that tweet went viral, and then Callahan gave the world a gift by making the whole document public. 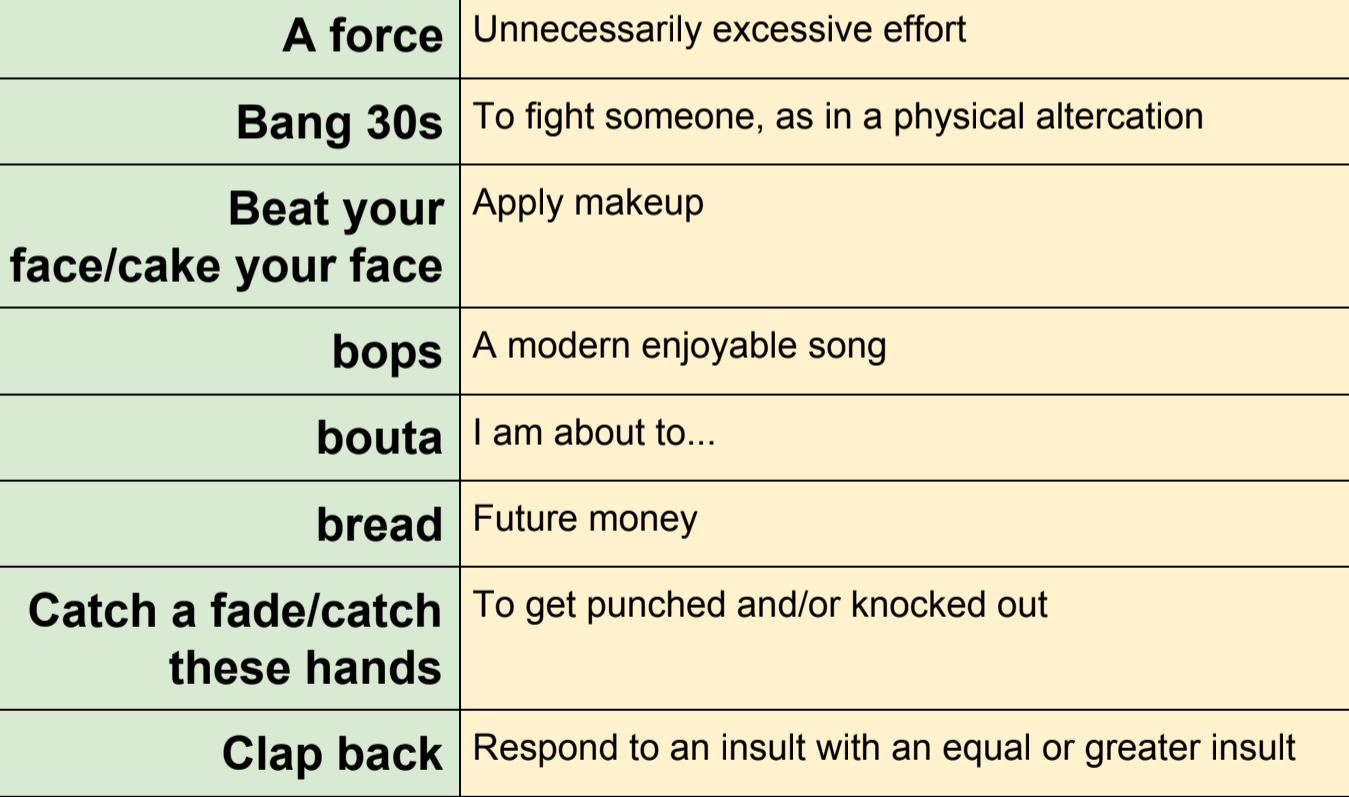 The consensus seems to be that the definitions are impressively accurate (er, valid?) — one young person on Twitter wrote: “Every time I say something & can’t explain what it actually means please refer to this tweet.”

Reading the glossary as a suburban mum, I admit that I have never felt less cool. I’m not that old, am I? Oh, god, I am that old. Part of me is fine with that — I’m happy to sit back in my rocking chair (I really have one, and it’s the best) and be blissfully oblivious to the definition of “wig snatched”.

Staying on top of teen slang will forever be an uphill battle, anyway, and… I’m pretty tired.

But then again, who wants to become that adult who learns of “cool” words through terrible fast food ads? There’s a payoff in trying to stay culturally relevant.

As Callahan tells USA Today, “The typical teacher-student dynamic involves a rigid power structure, but in my experience, I’ve found that students are more engaged and perform better if I am able to reach them where they are.”

If you have teens, telling them that you’re “bouta listen to a bops” probably won’t go over too well, but asking them what certain words mean might just show that you care (though they’ll still roll their eyes, of course).

On Twitter, Callahan writes that he plans to expand his slang dictionary — one term he’s working on is “yeet”. (“My students are struggling to come up with one specific definition!” he explains.)

“I will have these peer reviewed by my students and added to volume 2!” he writes.

Maybe these terms will be archaic by that point, but Callahan’s dedication to the project makes him a real one.