I’m Levi Sharpe, Lifehacker Podcast Producer, And This Is How I Work

Every week, we share the shortcuts, workspaces, and productivity tips of our favourite experts. This week, we’re going behind the scenes at Lifehacker. I’m Levi Sharpe, and this is how I work.

I got my undergrad degree in Philosophy and in Environmental Studies from the University of California Santa Cruz. Afterward, I moved to New York City for a girl and with no career goal in mind. I spent all of my money on the move and buying a pair of boots and a peacoat, because I moved during the blizzard of 2010 with some canvas Vans and a thin corduroy jacket. That’s when I realised that New York doesn’t want people to live in it, but we do for some reason, and buy things to make it moderately more comfortable.

The first job I got was doing reception at a high-end hair salon in the Chelsea Hotel. It paid well and they said I could have the job so long as I promised them at least a year. Turns out, the only thing I was qualified for when I got out of undergrad was party banter and answering phones. So, I did that job for a year because I’m a man of my word, and then I split.

The next job I had was doing leasing coordination for some apartment buildings in the Financial District. It’s essentially being a nanny for real estate brokers, and aiding them in leasing apartments to their entitled clientele. It was soul crushing. But! It was a job I could leave at work, and the girl I moved to New York for and I broke up, so I had a lot of time on my hands.

That’s when I found out I had a knack for sculpting. You can see my work at levisharpe.tumblr.com, but be forewarned, it’s real weird stuff and definitely NSFW.

New York doesn’t want people to live in it, but we do for some reason, and buy things to make it moderately more comfortable.﻿

I then got it in my head that I wanted to do PR and marketing, so I worked part time as a bartender and barista while doing PR work at a couple of places. One was an online dating startup called HowAboutWe. They then got bought by IAC (same folks who own Match.com) and fired a bunch of folks.

Throughout this whole time I was listening to podcasts. It seemed to be one of the constants in a very tumultuous and winding road. One day I was listening to a This American Life episode about a kid who ran away from home to find Piers Anthony, his favourite author, and I thought to myself, “Why aren’t I doing this?” By “this,” I meant podcasting, not running in search of Piers Anthony, although he is one of my favourite authors as well (Spell For Chameleon FTW).

I took a chance and applied to the CUNY Graduate School of Journalism, where I spent a gruelling 18 months getting my masters in journalism with an emphasis in audio storytelling. I then spent about a year at Marketplace where I mostly produced stuff for Marketplace Tech, but I also did a little bit with Marketplace Weekend (RIP), and their podcasts Codebreaker (RIP) and Actuality (RIP).

After Marketplace I did some freelance work at WNYC and some other places, and then got my wonderful position at Gizmodo Media Group, where I helped our executive director of audio launch the unit. Some of the shows I have produced here are Jezebel’s DirtCast and Big Time Dicks, and of course, The Upgrade by Lifehacker.

All of which is to say, if you don’t like where you’re at or don’t like what you’re doing, don’t be afraid to jump ship and try something else. Trying on a lot of different hats isn’t failure, it’s just fashion. 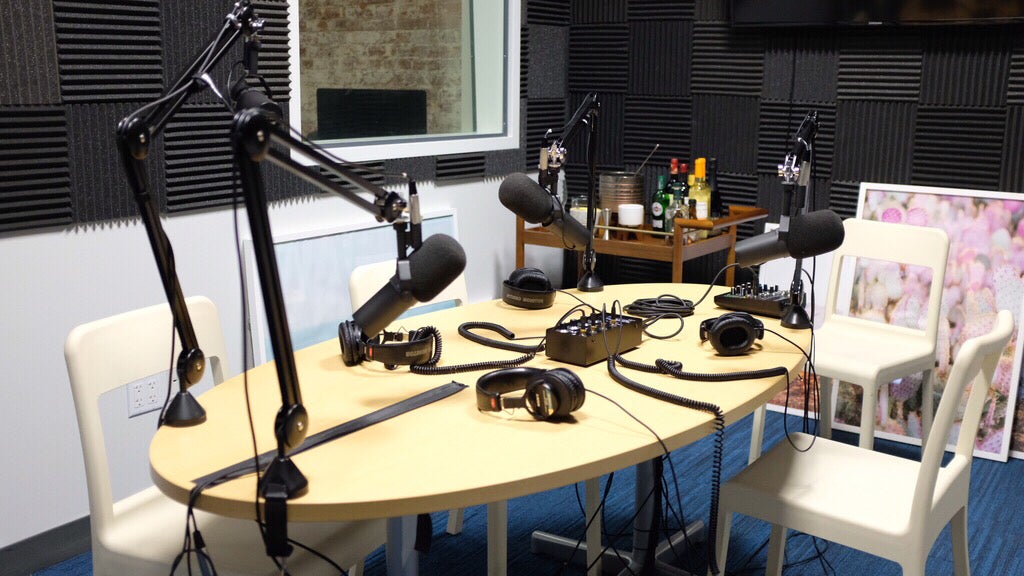 My alarm goes off at 7:15am. I quickly turn it off and sleep for about another 45 minutes. I then look at my phone, read the Times, scroll through Instagram, and send stupid memes to friends. I’ll then roll out of bed, shower while listening to, at the moment, old school punk rock (pretty much a bunch of stuff from Epitaph and Fat Wreck Chords), load up a podcast, and run out the door. I walk 20 minutes to the subway, smash onto a train with a bunch of other people, get irritated, and try to distract myself with more podcasts and online chess.

I walk four flights up to the office and throw my stuff under my desk. I make some sweet, sweet Flavia coffee, which tastes kind of like dirt, comes out lava hot, and then quickly becomes ice cold.

I go through my emails, mostly about booking guests, then I start editing tape for whatever podcast episode is coming out soonest. If there is another recording that day, I will most likely do nothing but edit tape until that recording. While I’m editing, I try not to let any other work distract me. I don’t look at email, and I might look at Slack. I am very fast at editing tape—I do it a lot and even give private Pro Tools lessons—but one you get into a flow, it’s a real bummer to have to pull away. To give you a sense of how much tape I cut, when I first got to Gizmodo Media I was producing three weekly shows. Each episode would have 100–200 minutes of tape recorded, which I would cut down to 60–40 minutes. Sometimes within an afternoon.

Also, cutting tape is not only a technical task, it is a creative task. I get a similar satisfaction cutting an episode together as I do sculpting something out of clay. In both, you are taking raw material and shaping it into what you want. But in cutting tape you not only need good technical skill, but good editorial judgement, being able to cut out the trash, kill your darlings, and make people sound much better and more articulate than when they were recorded (but always keep in mind not to change the meaning of what they say! Everyone should take a journalism ethics course). You want to keep your listeners’ attention, and don’t want to give them any reason to stop listening or somehow distract them with something that sounds bad.

If there’s a recording that day, I’ll greet whatever guest we have, offer them some dirt coffee and water, and lead them into the studio where I tell them good mic etiquette. Then after setting everyone up, I press record and Melissa and Alice do their magic interviewing the guest, using questions that they or I have prepared.

After the recording is done, it’s usually back to checking my email, booking guests, and more of those administrative tasks. Sometimes there are editorial meetings, sometimes I run out and shove a mic into strangers’ faces and ask them questions that we turn into montages, sometimes I scour through our music library to find those diamonds in the rough that don’t sound like garbage, and sometimes I’ll even co-host or interview someone. 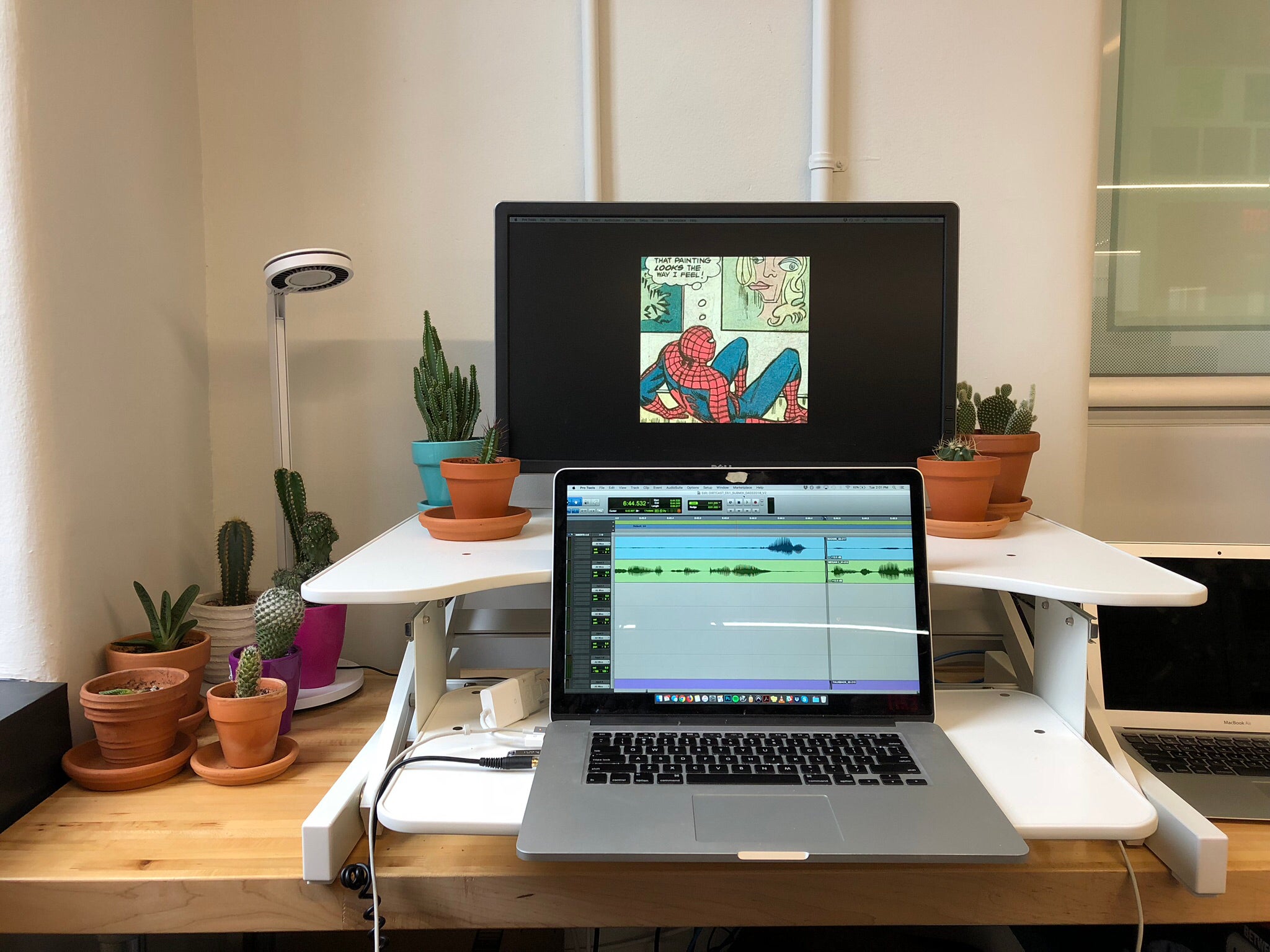 I have a big Mac display, which I plug into my MacBook Pro on a standing desk that I never stand at (I got it because everyone else did and felt left out). I also have a ton of cacti.

Pro Tools folks will know what I’m talking about:

I bite my nails and wiggle my foot a lot.

Melissa and Alice are the people I work with most. They are talented, smart, and hard-working people. It’s no wonder they got to where they are today. They do most of the editorial heavy lifting on The Upgrade. They also had a vision for what they wanted this podcast to be and care a lot about any project they are a part of.

I will also put my girlfriend Caitlin Royal in here. She’s a hard worker who does fashion photo producing, but still finds time to make amazing jewellery that she sells on Etsy: Garnish by Royal. On top of all of that, she still finds time to listen to Every. Single. Thing. I produce. From stupid funny goofs, to episode after episode, which not too long ago was three podcast episodes a week, plus any freelance stuff I might be doing. She is a bigger podcast junkie than me, and she also gives better editorial feedback than many actual editors I have encountered in my life.

I use a mixture of spreadsheets, Google Docs, sticky notes, calendars, and Trello.

On the side I do the editing, sound design and mixing of a scripted fictional sci-fi/fantasy podcast called Roommate From Hell (it’s like a cartoon for your ears), which is partly written by Lifehacker’s very own Nick Douglas. The premise is that our protagonist moves in with a literal demon from hell, they become friends, and antics ensue. 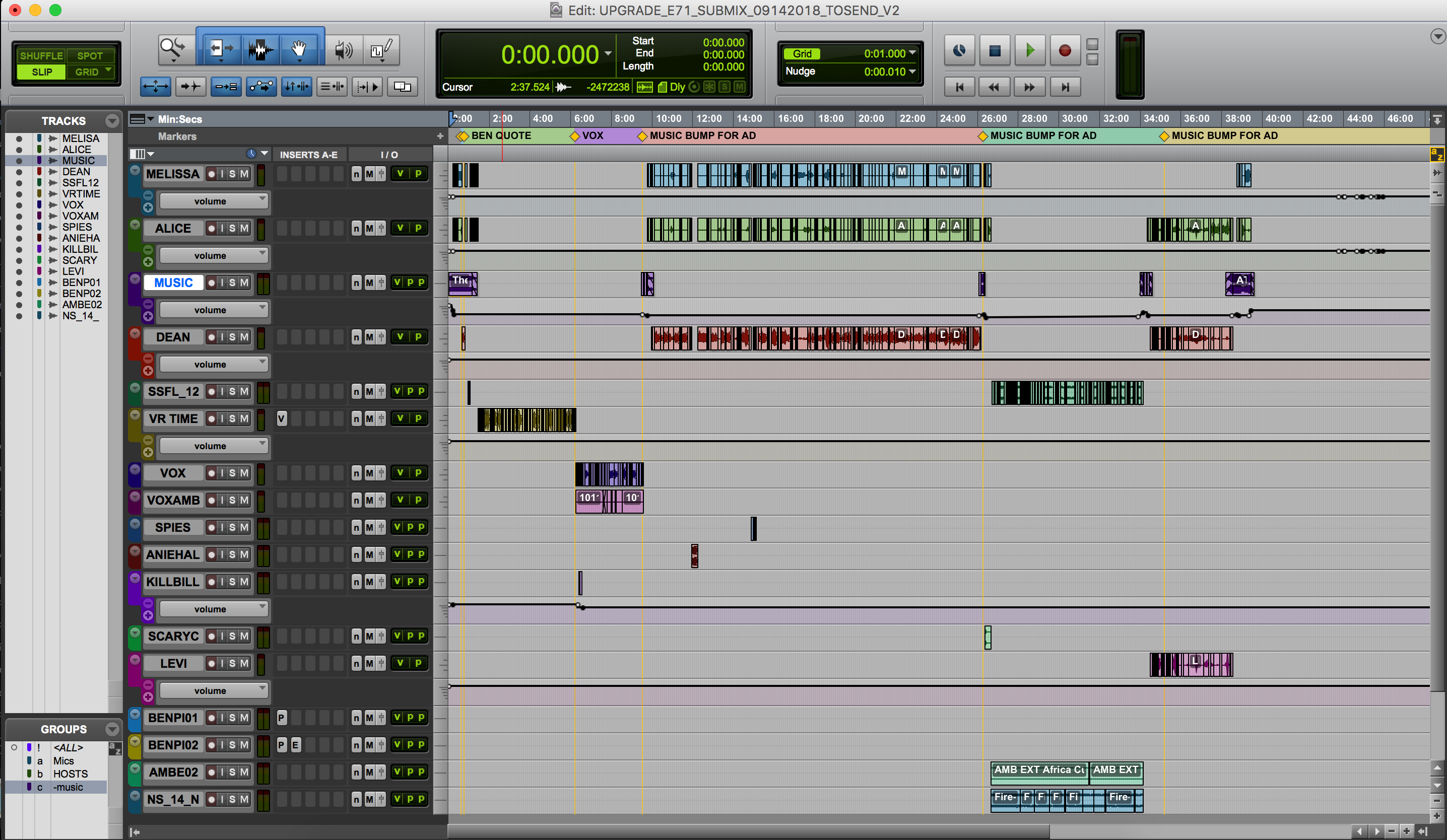 I just bought White Fragility by Robin Diangelo. I also like to read comics and graphic novels like Sex Criminals, Spider-Gwen, Sandman, and Ultimate Spider-Man.

The last really good book that had a profound effect on me was The Sense of an Ending by Julian Barnes, so I would recommend that.

You already got the Mission to Zyxx people, so, hmm … How about a band like STRFKR who have been together for a long while and still crank out some real bangers?

This is going to be real douchey but:

What if a demon were to creep after you one night, in your loneliest loneliness, and say, “This life which you live must be lived by you once again and innumerable times more; and every pain and joy and thought and sigh must come again to you, all in the same sequence. The eternal hourglass will again and again be turned and you with it, dust of the dust!” Would you throw yourself down and gnash your teeth and curse that demon? Or would you answer, “Never have I heard anything more divine”?

How to lose some belly fat while still maintaining my garbage-person diet and doing minimal exercise.