I’m Comedian Gastor Almonte, And This Is How I Parent

Gastor Almonte is an East New York comedian. In Immigrant Made, his debut standup album, he tells stories about what it was like growing up in Brooklyn as the son of Dominican immigrants, how gentrification is affecting his neighbourhood, and how parenthood has changed him. (On having to see Avengers on a Sunday at 8:30 in the morning, he deadpans: “People were having Raisinets for breakfast. This shit is disturbing.”) You can find the album on iTunes, Spotify or watch the video version on Amazon Prime Video.

Here’s how he parents.

Name: Gastor Almonte Location: Brooklyn, New York Job: Comedian Family: My daughter Makayla is 10, my son Aiden is 9, my wife Gabriela is happy but tired, and I am spoiled by them.

I’m a standup comedian, father of two and husband. The husband part was the only thing that was planned. My wife is my best friend’s older sister who I’ve known since I was 13. We started dating eight years after we met, and I knew I’d be sharing my two-piece chicken and biscuit orders with her ever since. 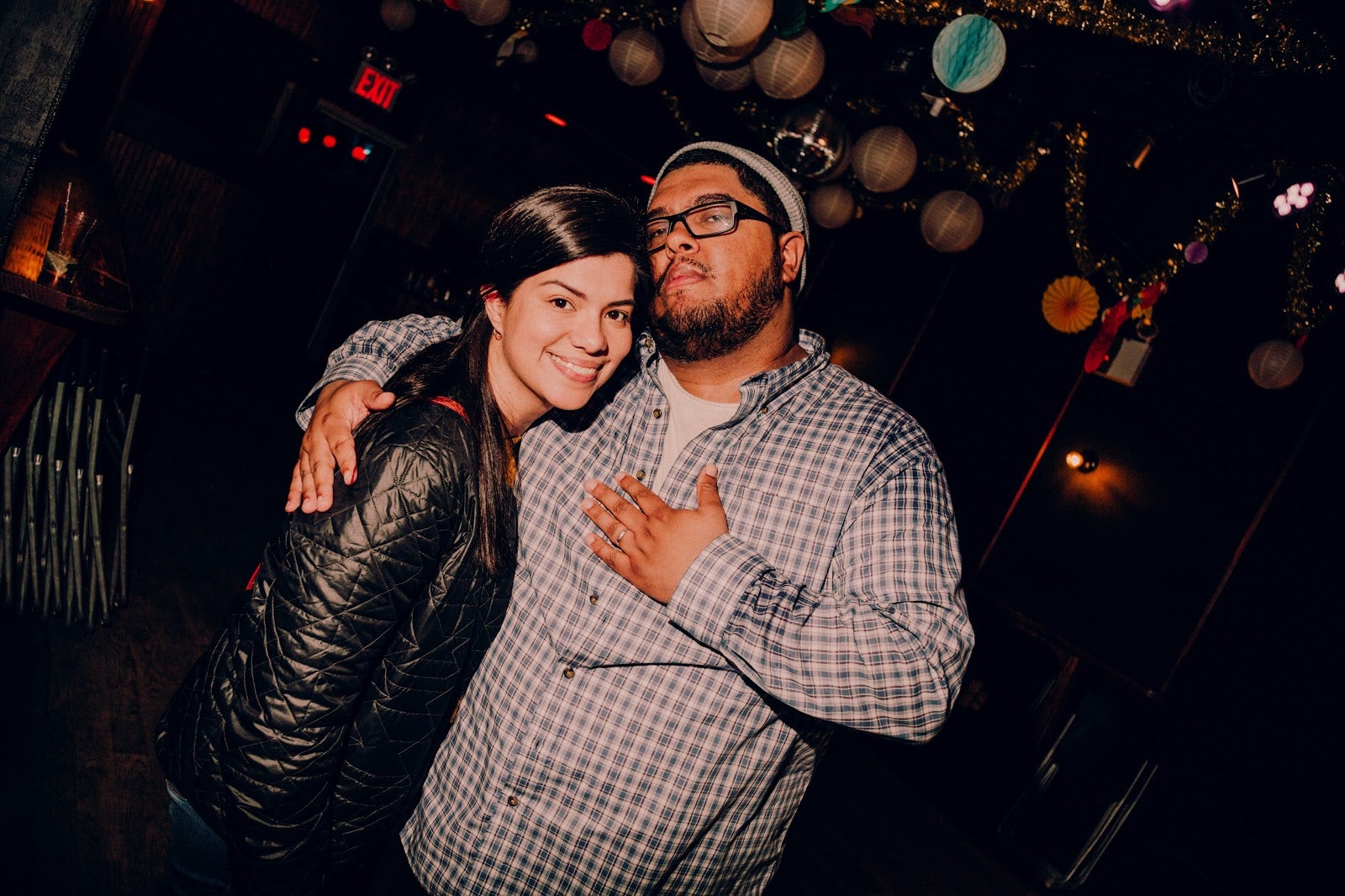 In terms of my career, it was a completely random thing. I had just gotten promoted to sales manager at my job. I wanted to improve my presentation skills and I’d read an article about a few CEOs taking standup classes to improve their public speaking. Seemed like a fun way to work on a job skill so I signed up for classes. At the class show, I did really well and was approached by the headliner of the main show upstairs, telling me that for seven weeks in, I was incredible. It’s been my thing ever since.

Immigrant Made, your debut comedy album, is about family’s journey from the Dominican Republic. How are you teaching your kids about their roots?

My kids thankfully have access to both my parents and my in-laws. They get to see first-hand the things they do differently, from their foods to their values and traditions. They get to hear stories from my parents, about the beauty of their homelands. This is usually followed by a sales pitch to go on a trip to the Dominican Republic without me. The kids haven’t said yes yet, but I know they will soon.

The key to the morning is routine. Alarm goes off the same time everyday at 7 AM. The kids get dressed while I make breakfast for them. They come out to eat while I prep my wife’s coffee. I drop them off at school by 7:50, come back and pick up my wife and take her to work. By 9:15, I’m usually back home and I have a quiet house to write jokes in until 2 PM. It’s all about no variables. Kids have uniforms, breakfast is a fixed menu. If I made it, that’s the meal. If you forgot to do your laundry, you’re the one out of a uniform in class.

My biggest assist are the grandparents. Both sets of grandparents live within walking distance, which is clutch. As a comic with last minute gigs and daytime interviews, they regularly make it possible for me to get things done. It’s without question one of the biggest wins of being in Brooklyn. Plus, major props to my kid sister. She’s 17 and a high school senior. She could be doing a million cooler things that hanging with my kids, but she rarely says no when I need a babysitter. Less props to my kid brother who’s 18, and is equally available, but he keeps a sloppy room so I’m not sure I want him in charge of the kids.

It’s all about no variables. Kids have uniforms, breakfast is a fixed menu. If I made it, that’s the meal. If you forgot to do your laundry, you’re the one out of a uniform in class.

We really only swear by one thing: Google Calendar. My wife and I have a family calendar, her work calendar and my comedy calendar all aligned, so we never double book and screw over the others plans.

Make anything you hate doing into a game, and then the kids will do it for you forever. For example: Loading the dishwasher or doing laundry. I time them and compare them and let the winner have first dibs on that night’s dinner.

Do your kids inspire your work?

Almost everything I do on stage is about something I experienced directly, so my kids are in my work all the time. I just make sure that I don’t embarrass them. I also play anything that’s clean for them afterwards, which they enjoy a lot.

What do they think about your career?

My grandfathers owned farms. My dad owns property that he’s designed and built. I tell jokes. I didn’t have something tangible that I can show [my kids] as “dad’s work.” But then last year, right before recording my album, we went to Disney in Florida. During our trip, we did the safari and our truck broke down. We were stuck for a half hour. We had rhinos right by our truck. Cheetahs were to our left. It was legitimately scary! But we made it out.

The next day, we had to drive up to Miami for my brother-in-law’s wedding. On the way there, I was explaining what happened to my cousin on the phone, and was saying it funny. My cousin was laughing, the kids were laughing—it was great. As soon as I hung up, they started asking me questions. “Dad, how did you do that? You took a scary moment and made it funny? Was it funny while it was happening?” It was the first time they saw my craft and its value. We got to the wedding, and they spent the entire reception trying to tell the story in a funny way. They would ask me for tips and to listen to them tell it—it was awesome! By the end of the night, they had a tighter version than I did. 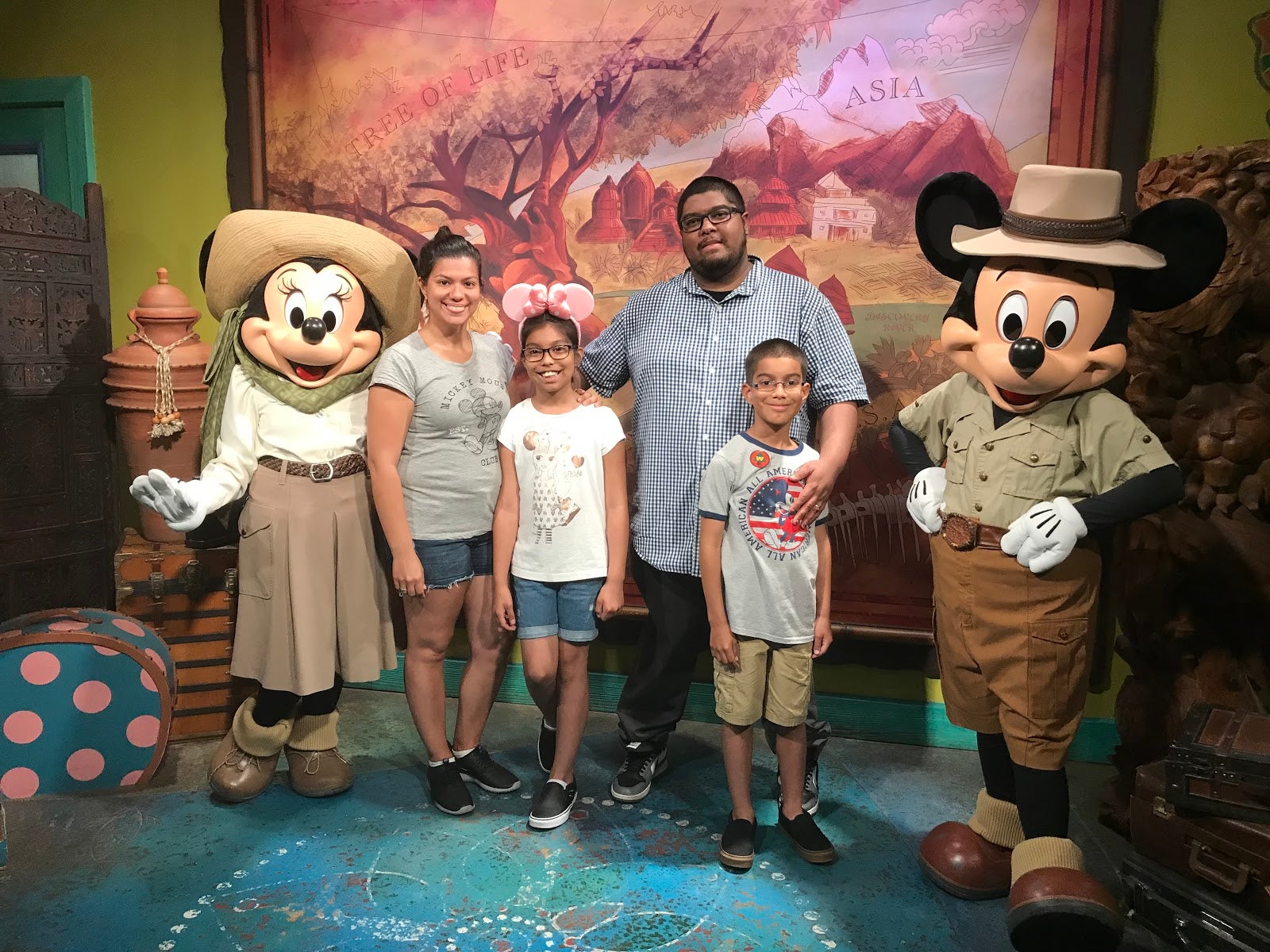 Date night with my wife once a month, and cigar night with my cousins every 3 months. Basically, I need to see the people that knew me before life got serious.

Offer security. My parents came from simple farming folks to owning eight properties in Brooklyn. I could be a complete failure as a comic and I’m still going to inherit a building or two. They legitimately changed the kind of things I can pursue because I know my rock bottom isn’t as low as others. I’d love to offer that to them, and the work ethic that it takes to get it.

[My parents] legitimately changed the kind of things I can pursue because I know my rock bottom isn’t as low as others.

I recently let my kids walk to school for the first time. I followed them in my car. Watching them do something on their own without me, but also together with each other, was everything. It’s what is beautiful and sucks about parenting: if you’re doing it well, you’re preparing them to not need you. 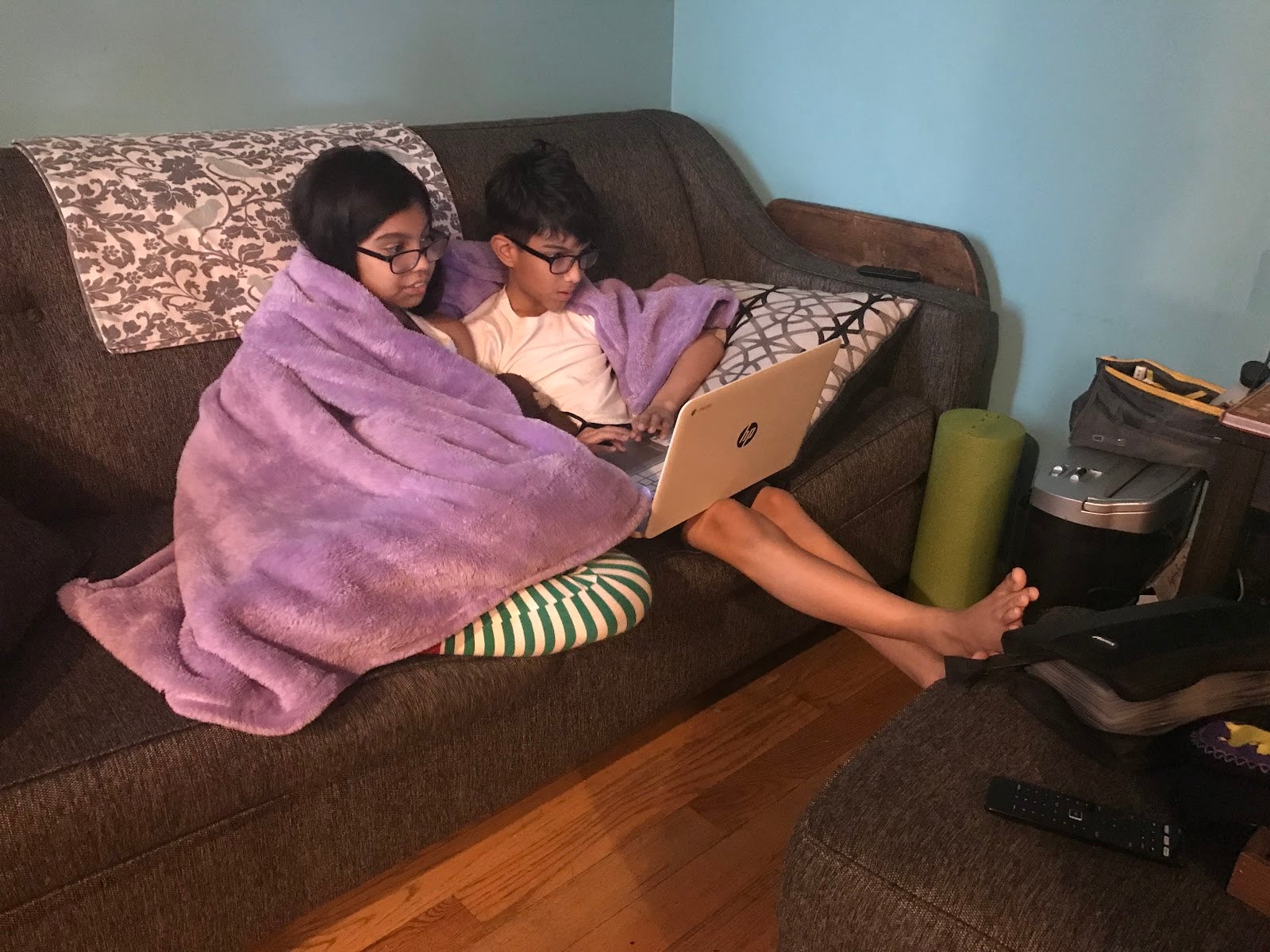 I knocked over a kid in my daughter’s class who I knew was bullying her. But I did it only because the perfect opportunity presented itself so that it would look like it was his fault. Eh, actually, I’m proud of this too.

If it makes you happy, it’s worth pursuing. Unless it’s candy corn. No one should eat candy corn.

What are your favourite family ritual?

My son used to jump into his bed every night. It made a huge noise and as he got older, I was worried he’d break the bed. So I told him his bed had a bomb that was pressure sensitive that was activated when I turned the light switch. He laughed then he did a stealthy-ninja move to lie down when I flicked the lights off that night. I made a bomb sound with my mouth. Now we do they every night.

Always have PB&J in stock. Always.

There is no balance. Something is always going to get more attention. That’s OK. Whatever has your focus at the time, give it your all. Just make sure everything gets a turn being the focus.

When I pick up the kids and we eat junk food for our after school snack and tell my wife we had turkey sandwiches.