How To Prepare For The Next macOS Upgrade

We’re about a month away from Apple announcing the next version of its desktop and laptop operating system, macOS. Although there’s often lots of excitement and anticipation for Apple’s latest software, it’s also a time of trepidation as apps and back-end services people rely on may no longer work. If you’re a Mac user and like to update early, there are some things you can do now to ease the pain of transition.

For the last couple of years, Apple has been paving the way for 32-bit apps to disappear.

macOS 10.13 supported 32-bit apps but macOS 10.13 and 10.14 (High Sierra and Mojave respectively) popped up a warning letting you know you have a legacy app.

If you aren’t sure whether you have any 32-bit apps left on your Mac you can easily check. 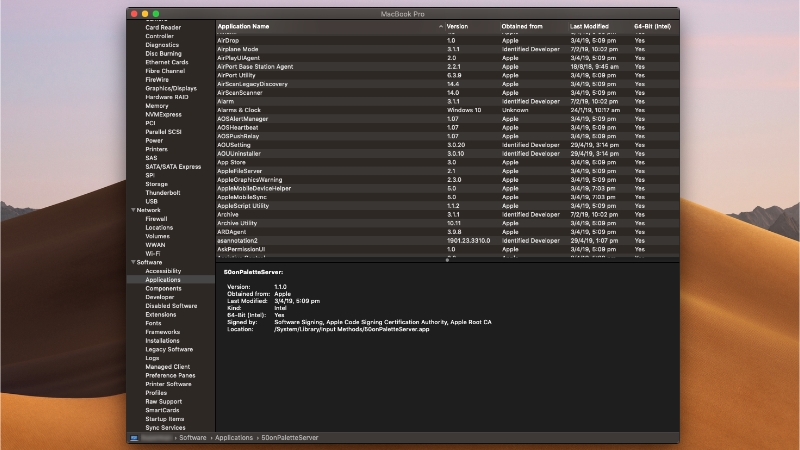 Not all 64-bit apps will just work

It’s possible that some 64-bit apps won’t work when you upgrade.

Apple often changes the underlying foundations of its software and there’s wide speculation a number of older macOS components will be deprecated.

My rule is to move away from any application that hasn’t been updated in over a year or so – especially if the developer has been quiet about updates.

If any of your apps are 32-bit, which is possible if you’re holding on to old favourites or rarely update your software, then you need to decide whether upgrading to macOS 10.15 is for you or start updating to more recent releases now.

Software developers have been aware of this change for about three years so, unless an application has been abandoned, superseded or formally deprecated there should be an upgrade path.

In some cases, this is likely to come with a financial cost. I know a few people hanging on to old versions of Photoshop and Filemaker for whom this kind of update will be massively painful.

The best of both worlds

If you want to experiment with the latest version of macOS without compromising your main working system, yo do have a couple of alternatives.

If you have a second Mac, you can upgrade that and test out new apps and services.

You can easily clone your existing system to another Mac using software like SuperDuper or Carbon Copy Cloner. Then you can keep one running your older apps and upgrade the other for testing.

While many of us are happily living a monogamous life when it comes to the operating system we use on our computer, there are times when being able to run another OS is helpful. If you're a Mac user, there are several options for running other operating systems virtually.

Alternately, you can go down the virtualisation route using Parallels, Vmware Fusion or the free Virtual Box.

Then you can install the new OS in a virtual machine, try things out and, if you’re happy, upgrade your core system.