How To Get The New Version Of Microsoft Edge

There’s a running joke that the reason Microsoft includes the Edge browser in Windows 10 is so users can then download Chrome easily. But the other big news for Microsoft Edge is that it’s shifting to Chromium as its underlying rendering engine, as well as a new Internet Explorer mode, as we mentioned yesterday. The final release is some time away but here’s how you can get the beta release now.

At the Build 2019 event, Chuck Friedman, Corporate VP of Edge, Olya Veselova, Principal Program Manager Lead, and Coleen Williams, Senior Program Manager ran a session called the State of the Browser. In it, they said one of the challenges they faced with the EdgeHTML rendering engine was that they are spending a lot of time and energy in chasing down compatibility issues.

It’s ironic that many people used to code their sites to work in Internet Explorer. Now, Microsoft finds itself having to fit in with a world that codes things to work with Chrome.

By shifting to Chromium, Microsoft no longer has to worry about that and can focus on other features such as improved Cortana support, support for the Mac as well as mobile platforms, improved privacy tools and Collections – a tool that lets you to collect, organise, share and export content.

So, how do you get your hands on the new version of Edge? Remember, this is a beta so you may encounter some bugs.

The official channel is through Microsoft Edge Insider program. The site autodetects your operating system. So, if you’re on a Mac and want the Windows version, to install in a virtual machine, you’ll need to go to the Edge for Windows 10 page. 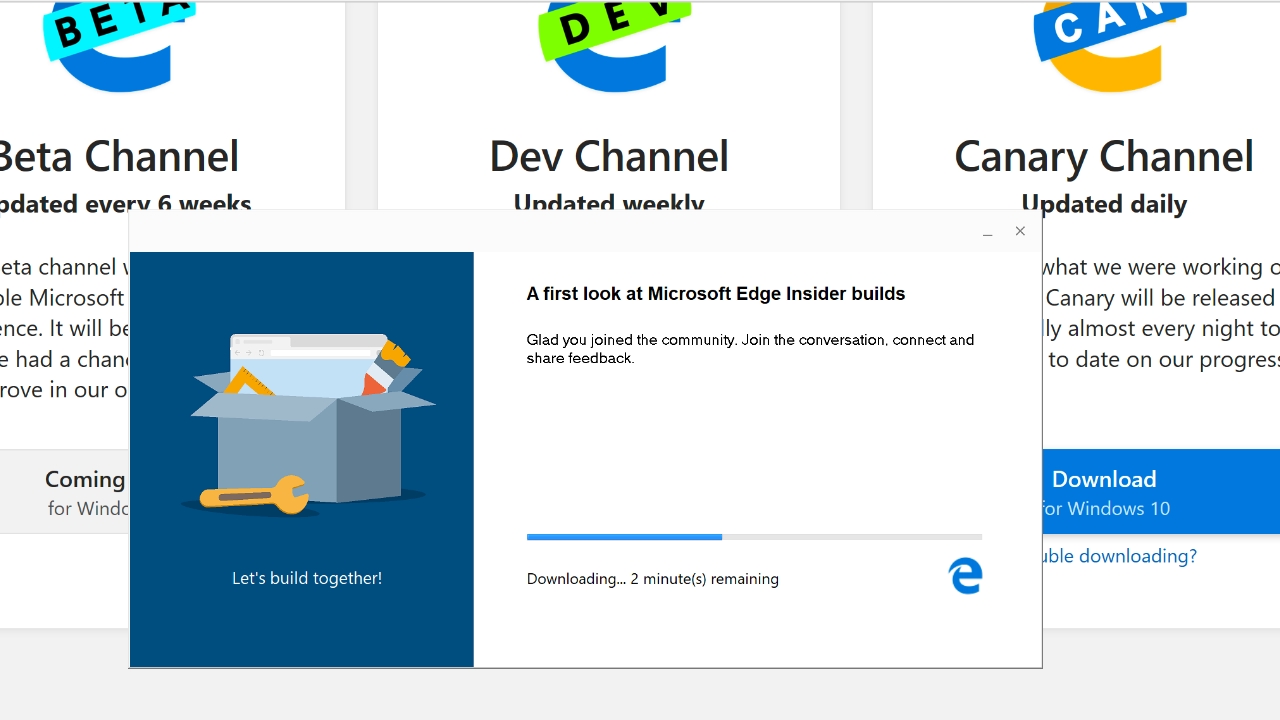 If a more stable release is more your thing, the Beta channel is what you’ll be looking for but that won’t have the new version of Edge for a few more weeks.