How To Avoid Getting Bumped From A Flight

flightflyingjetblue
To sign up for our daily newsletter covering the latest news, hacks and reviews, head HERE. For a running feed of all our stories, follow us on Twitter HERE. Or you can bookmark the Lifehacker Australia homepage to visit whenever you need a fix.

What’s worse than winding security lines, congested airports, and three-hour delays? Finding out — after all of this — that you still can’t board your flight because you’ve been bumped.

In airline lingo, being bumped is code for ‘this flight is overbooked and we need to move somebody now.’ And while you might get a little cash in exchange for the inconvenience, sometimes, taking a later flight isn’t worth it.

This week, the Points Guy wrote about one family’s hellish travel experience that involved being bumped from their initial flight, an eventual cancellation, and a new itinerary with not one, but two layovers. 26 hours later (and after a night spent sleeping on the floor of an airport), the family miraculously made it home; but if you want to avoid a similar scenario, sometimes, it’s as simple as checking in early and reserving a seat whenever possible.

How To Survive Being Stranded Overnight In An Airport Terminal

Here’s one fact that should comfort you: Involuntary bumping, for the most part, is a pretty infrequent occurrence these days. After the October 2017 United Airlines incident in which an airline supervisor dragged a bloodied passenger off the flight to accommodate crew members, a number of airlines have responded by bumping fewer passengers than ever. (Between January and September 2017, United bumped 2067 people—during that same period in 2018, they bumped just 70.)

Still, it happens and some airlines are worse than others so it pays to do some online research. (It’s worth discussing the difference between involuntary bumping and voluntary bumping. Ever hear airline attendants at the gate asking for passengers to take cash in exchange for a later flight? That’s considered voluntary bumping because passengers are choosing to take the money.)

If you really want to boost your chances you’ll make it on your flight, try booking a flight departing at an off-peak hour. As AirHelp noted, you have better odds flying in the morning than flying in the evening: “As the day goes on, delays and cancellations have a snowball effect, which makes it increasingly likely that flights will be full or overbooked, which, in turn, increases the chances of denied boardings.” Make sure you have a seat reserved and check-in early

Having a seat assignment in advance is the single closest thing to a guarantee you’ll actually depart with your flight, TPG writes. After all, if a flight’s full and every seat is reserved, it makes sense that the first people to bump are those without them.

As soon as you book a flight, try to get a seat assignment online or over the phone; if you’re willing to splurge, you could also spend a little extra cash on a “premium” seat (often an exit row seat or one with extra legroom) to better guarantee your spot, too.

If you’re waiting for a better seat to open up 24 hours before your flight, it’s also hugely helpful to check in as early as possible while you’re at it. Those passengers who check in last are actually more likely to be denied boarding.

Cheap seats are cheap for a reason; you’re given a seat on a flight to guarantee the airline will make a profit, rather than risk an empty spot—while you’re provided with as few perks as possible.

But if you want to avoid being bumped, it’s also in your best interest to reconsider buying that basic economy fare, as wonderfully (or relatively) cheap as it may be. As written in some airlines’ contract of carriage (a fancy term for its rules), passengers with economy fare are actually more likely to be denied boarding. Also, with some basic tickets, you’re sometimes not even given the option to reserve a seat, only furthering the odds you’ll be watching your flight depart without you.

For these same reasons, yes, having a first class or business seat will likely increase the chances you won’t be bumped, as will any elite status. We’re not all created equal, at least, in the eyes of airlines, and having any kind of status (or a reservation with someone with status) will help. 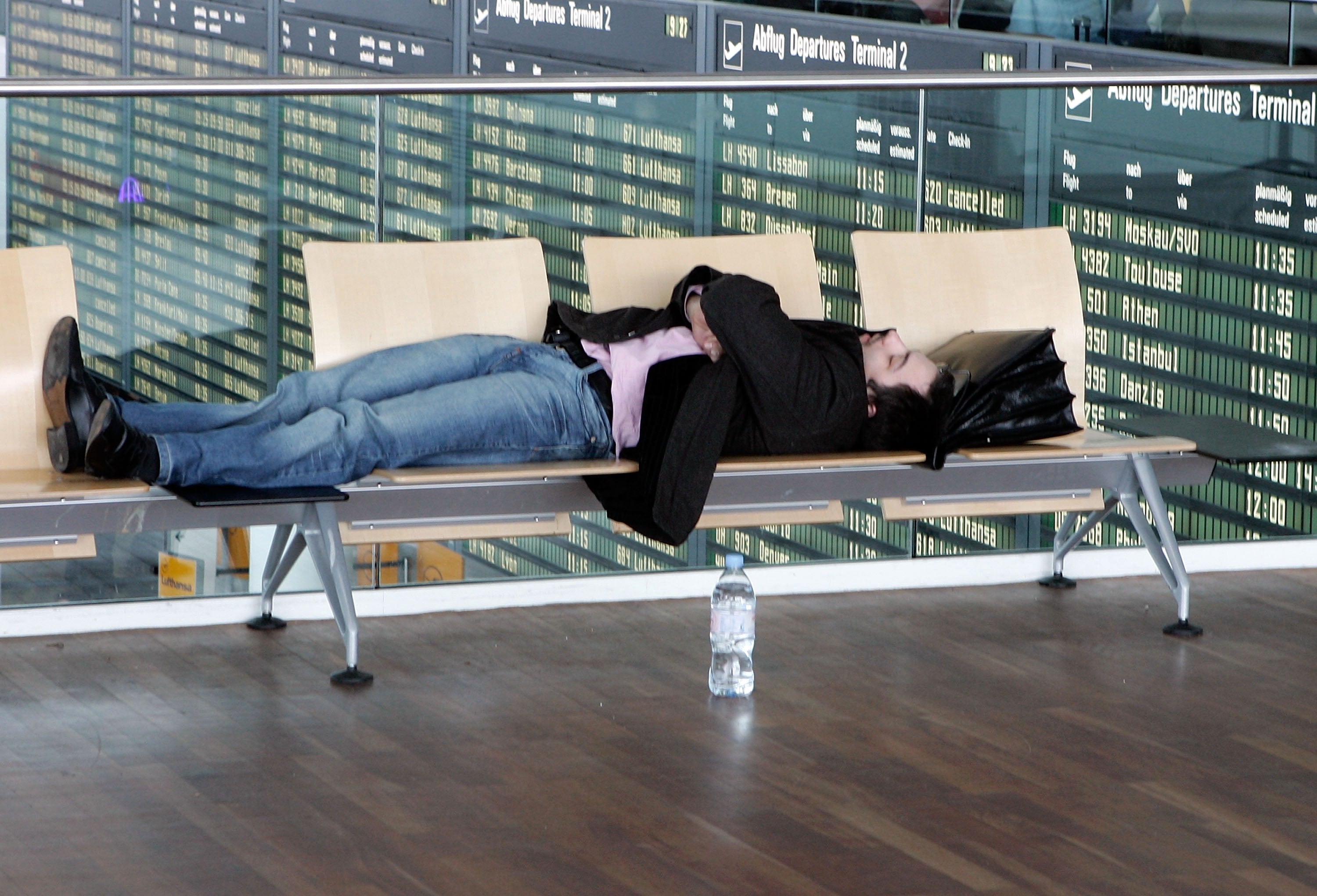 Ask for cash if you’re bumped

So you’ve been bumped! Hopefully, you’re not forced to sleep on an airport floor, but if you must, there are a few things you should be aware of besides having plenty of Purell around.

For one, you are given certain rights in most countries if you take a later flight; this includes cash, depending on the overall delay. For example, here are the rules in the USA:

While most airlines’ contracts of carriage may not explicitly detail how much they owe you, you should know you’re entitled to compensation.

Also, try to ask for cash when you receive compensation because the vouchers may come with annoying expiration dates — plus, it’s cash that you can spend elsewhere (if you’ve been bumped by an airline, I doubt you’d be excited about the opportunity to fly with them again, even if you’ve got a voucher).

And if the anticipated delay is seriously long, haggle your way into compensation for a hotel, food costs or any necessary transportation. “One time, coming off a flight from Helsinki, I missed a connection at JFK, and there were no more flights that night with open seats,” Seth Kaplan, an airline expert who also writes for TPG, said in an email. “But I got the airline (American in that case) to book me from LaGuardia and give me a taxi voucher to get from JFK to LaGuardia.”

So get whatever you can out of the airline if you’ve been bumped. Flying’s tough as it is, but a little extra cash can make it easier.