Facebook’s privacy woes haven’t stopped the company from ploughing ahead in its quest to further embed itself into our lives. At the company’s F8 conference, Facebook unveiled its plans for Messenger, Instagram and WhatsApp with some big changes coming to the former.

Messenger has been given a major rewrite, with Facebook saying the software has been completely rewritten and the end-to-end encryption – something that was kind of available if you chose a setting that was off by default and only applied to specific conversations – will become default for all messages.

The software revamp is all part of something called Project Lightspeed with the company promising the app will be smaller and run much faster.

The software rewrite has also, it seems, created a new opportunity for Facebook as there will be Windows and macOS versions of the Messenger app as well.

Like many other messaging platforms, Messenger will also let you set a status letting people know whether you’re around, free to chat or up for some other activity. This will be done using emojis – I guess actual words are no longer a big deal. 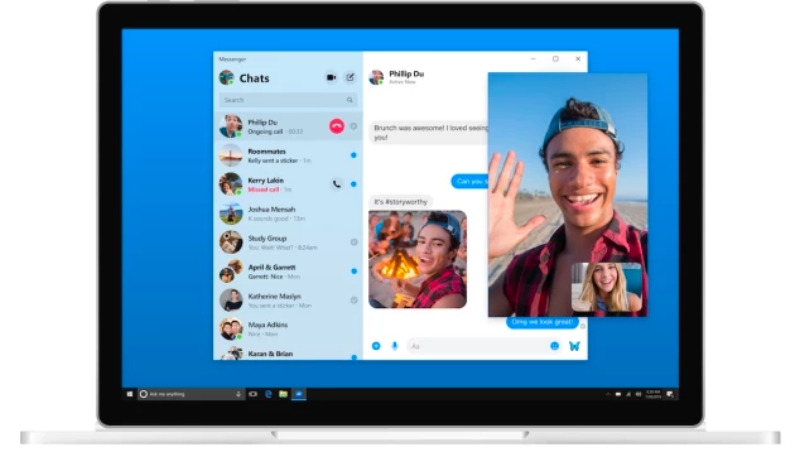 Messenger also gets a bunch of business related features.

If you have an appointment-focussed business, like a hairdresser or financial adviser, Messenger will allow customers to book appointments and new lead generation chatbot templates will assist with collecting information from those customers.

One of the interesting things coming to Instagram is a new feature that’s been in testing. In order to help people focus on actual content, the total number of likes on photos and videos is being hidden so people engage on content based on what they see rather than other people’s opinions.

It’s an interesting move as it might help to blunt to effect of something going viral simply because it reached a critical mass of likes.

Facebook’s focus on commerce is being expanded here as well with the ability to purchase items directly within the app getting a further boost.

A similar feature is rolling out to WhatsApp that will allow businesses to send catalogues to potential customers over the messaging platform and allow them to instantly purchase goods.

It’s a matter of trust

The new messaging features being rolled out by Facebook are a good thing. But it’s hard to trust a company that’s let us down so badly over recent months.

With two recent errors resulting in user account information being at high risk, can we trust Facebook to protect the encryption keys that will protect message from prying eyes?

What about all that extra financial and personal information being exchanged over its platforms?

An old boss of mine once said “It only takes one ‘oh shit’ moment to cancel out a thousand ‘yippees'”. And Facebook has had several ‘Oh shit’ moments.

One software rewrite – no matter how significant – can remedy those breaches of trust.