Facebook’s annual developer conference, F8, has kicked off with beleaguered CEO and Chairman, Mark Zuckerberg, announcing a stack of changes to the Facebook experience. The company’s centrepieces, its mobile apps and website, are getting a massive redesign with a renewed focus on groups as well as a much cleaner look and feel.

Dubbed FB5, Zuckerberg said during his opening keynote, that the update has already commenced deployment although it will take some months for all the changes to be rolled out. 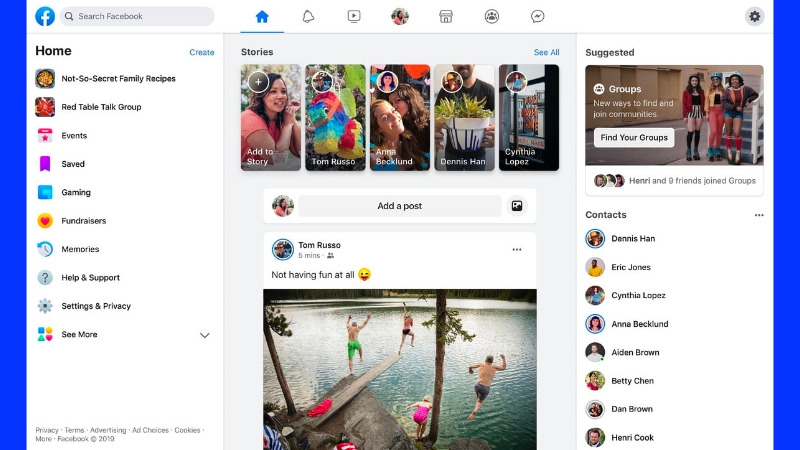 Will Facebook’s dark mode, on a system with dark mode enabled at the OS level, become light mode?

One of the big changes in the redesign is a rethink of how groups work. Although Facebook started very much as a personal connection tool, it’s heavily used by groups now. And that’s reflected in a couple of new features. A new discovery feature will help you find new groups to connect too.

In addition, you can now personalise the feed you get from groups so that you only see messages and updates that are relevant to you.

It was just a few weeks ago that Mark Zuckerberg published a manifesto on how the company will be focussing on privacy more. During the keynote, Zuckerberg reiterated this saying there will be six elements to the changes Facebook makes but that they will take about a year to implement.

Saying that “The future is private,” Zuckerberg said that a new “Clear History” feature would be part of this – back in 2018. So, while you’re tapping your toes waiting for that, you might as well add these to the list of things you’re waiting for.