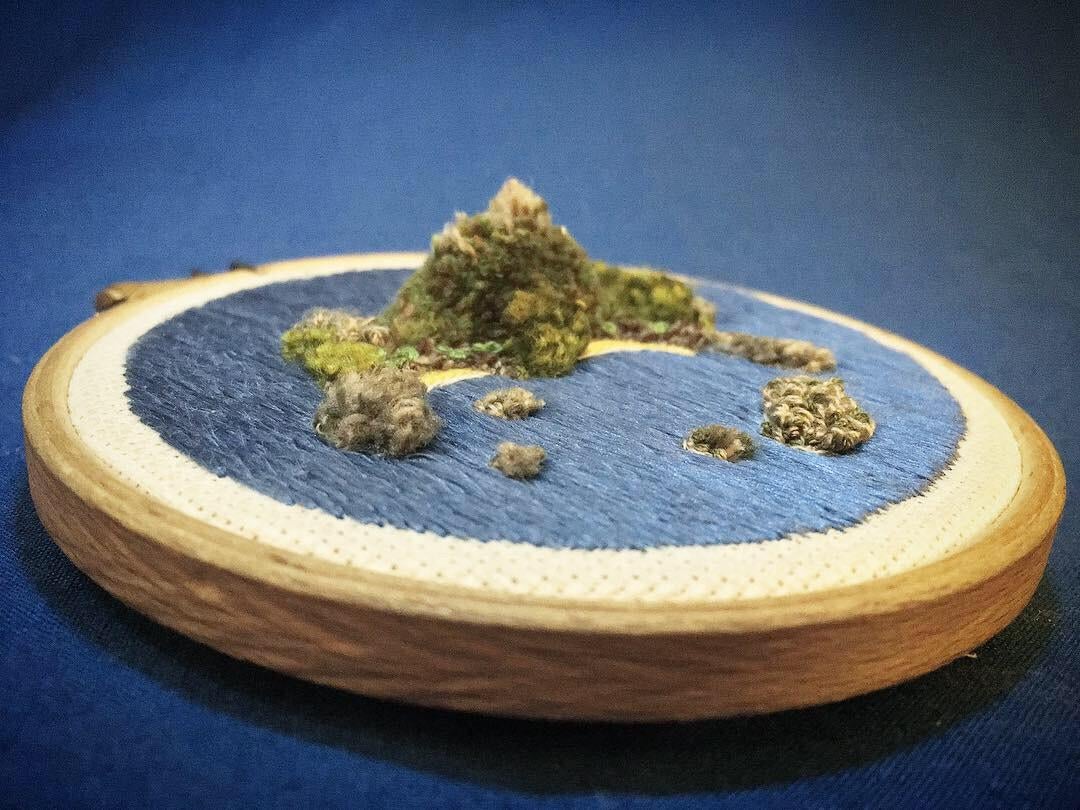 Each subforum on Reddit is a microcosm. Unlike the chaos of a Twitter or Facebook feed, a subreddit sticks to one format or topic. It has its own rules, customs, and in-jokes. And on r/Miniworlds, every post is a microcosm too.

Each r/Miniworlds post is a photo of a tiny scene that looks like a whole world. Some are constructed, some are staged, but my favourites are naturally occurring. The shot above, for example, is a rock in a puddle. Here’s a sampling of the best posts from the subreddit.

My favourite r/Miniworlds post is a repost from r/mildlyinteresting. This aerial photo of frozen farmland, posted by redditor SigmaNukem, is actually a shot of a puddle: This patch of beach scrub, shot by redditor viavant, is smaller than it looks. That’s a bug flying at the top. 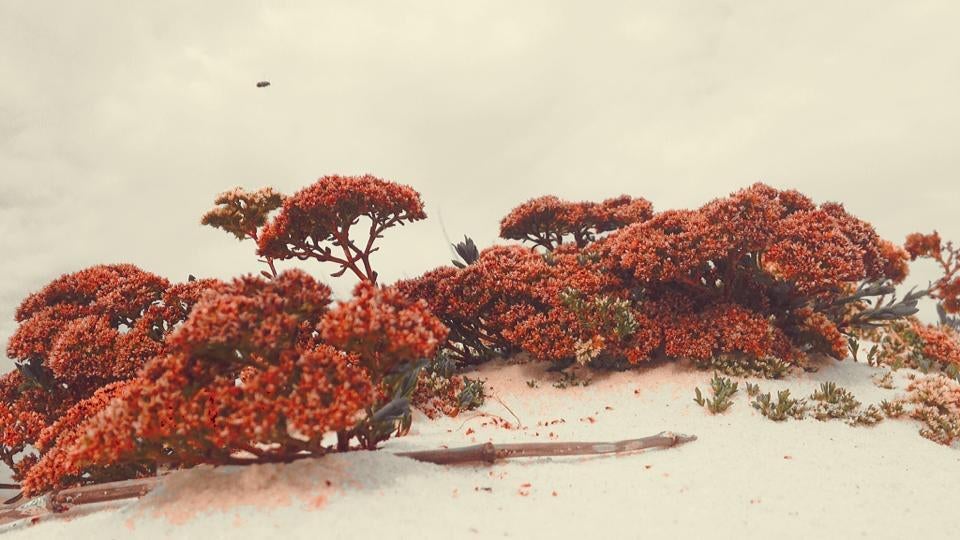 I can’t get enough tiny islands, they look so full of potential for adventure. Redditor t0nkatsu embroidered an island out of thread:

More great miniworlds include a dystopian city from a failed 3D print, a bear figurine catching a photography drone, a concert inside a cotton field, a city of towers made from circuit boards, a world of moss in a bike seat, a one-square-foot park, a park map in a puddle, a staple skyline, and a concert hall inside a violin. If you like a certain photo, click the “flair” next to the post title to see similar photos within the subreddit, like human-made miniworlds, aquatic worlds, or purely natural miniworlds.

For a chaser, visit r/misleadingthumbnails, for photos that look like one thing in the thumbnail but turn out to be something else. Great posts include a still from The Matrix, a concert crowd, a dropped ice cream cone, and a Starbucks latte caught mid-spill.