Windows PowerToys Are Making A Comeback

Remember PowerToys? They were those Windows XP-era utilities that granted you features beyond what “regular” Windows users could do within their operating systems, like: opening a command prompt directly to a folder (instead of having to “CD” your way on over), changing your screen’s resolution via a quick right-click context menu, and good ol’ XMouse. Well, PowerToys is back.

Microsoft is open-sourcing a new set of utilities for modern-day versions of Windows. While the company has only come up with two so far, I’m definitely bookmarking the PowerToys GitHub. That’s because the company plans to release these utilities this summer—I want to play with them as soon as they come out—and also because Microsoft has a bunch of other ideas on its to-build list.

The two PowerToys Microsoft is releasing first are a “maximise to new desktop” widget and a “Windows key shortcut guide.” Here’s a quick look at what they do:

Microsoft’s first utility converts your standard Windows maximise button—the rectangle in the upper-right corner of a standard window—into a button that now comes with a special hover effect. Move your mouse over it, click the new button that appears, and you’ll maximise whatever window you’re staring at onto a brand-new virtual desktop.

If you’ve never played around with virtual desktops, they’re a decent way to keep yourself organised, especially on a single-monitor setup. To try them out, pull up Windows’ Task View by clicking the two-overlapping-rectangles button on your taskbar (or mashing the Windows Key+Tab), and look for the “New Desktop” option in the upper-left corner of your screen. 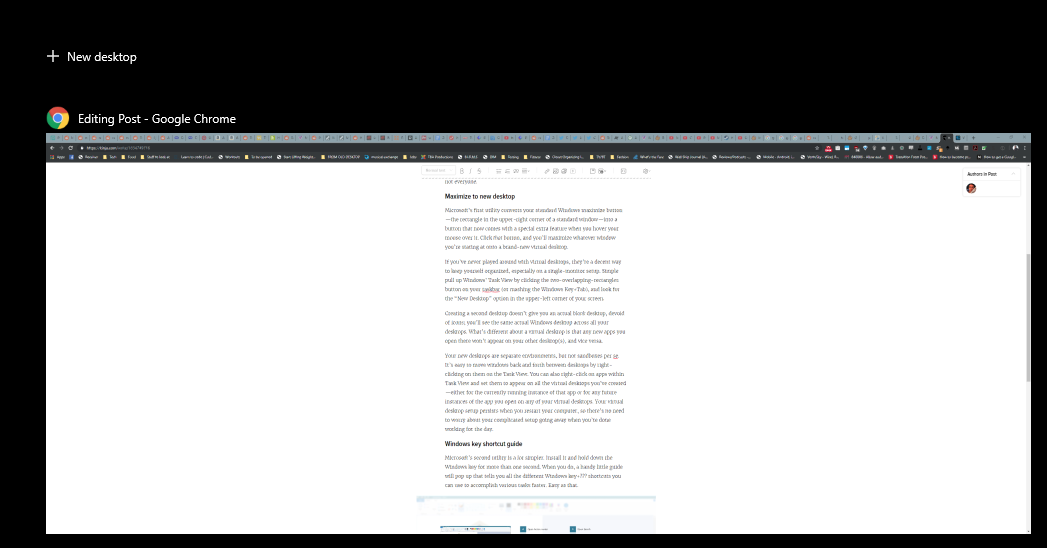 Creating a second desktop doesn’t give you an actual blank desktop, devoid of icons; you’ll see the same actual desktop across all your virtual desktops (for lack of a better way to phrase it). What’s different about a virtual desktop is that any new apps you open there won’t appear on your other desktop(s), and vice versa. 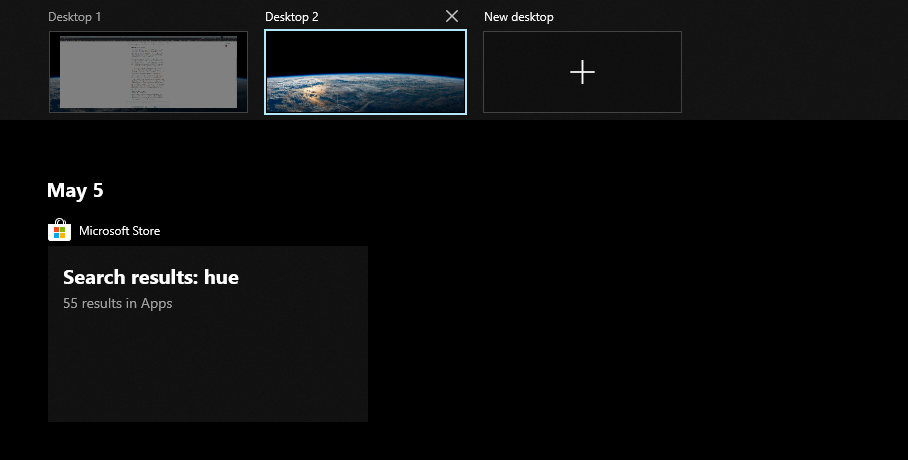 Your new desktops are separate environments, but not sandboxes per se. It’s easy to move windows back and forth between desktops by right-clicking on them on the Task View. 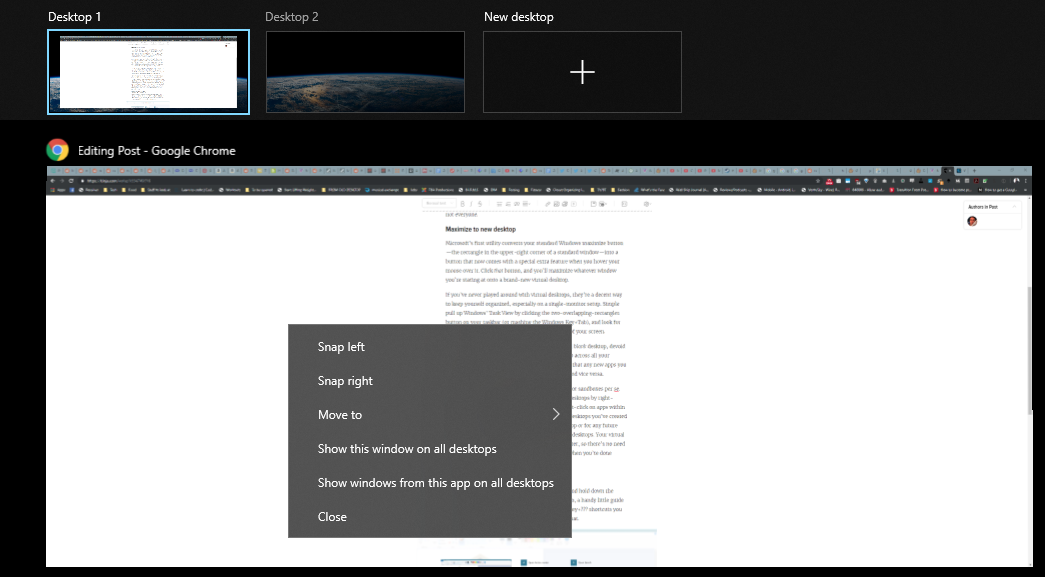 You can also right-click on apps within Task View and set them to appear on all the virtual desktops you’ve created—either for the currently running instance of that app or for any future instances of the app you open on any of your virtual desktops. Your virtual desktop setup persists when you restart your computer, so there’s no need to worry about your complicated setup going away when you’re done working for the day.

Microsoft’s second utility is a lot simpler. Install it and hold down the Windows key for more than one second. When you do, a handy little guide will pop up that tells you all the different Windows key+??? shortcuts you can use to accomplish various tasks faster. Easy as that. 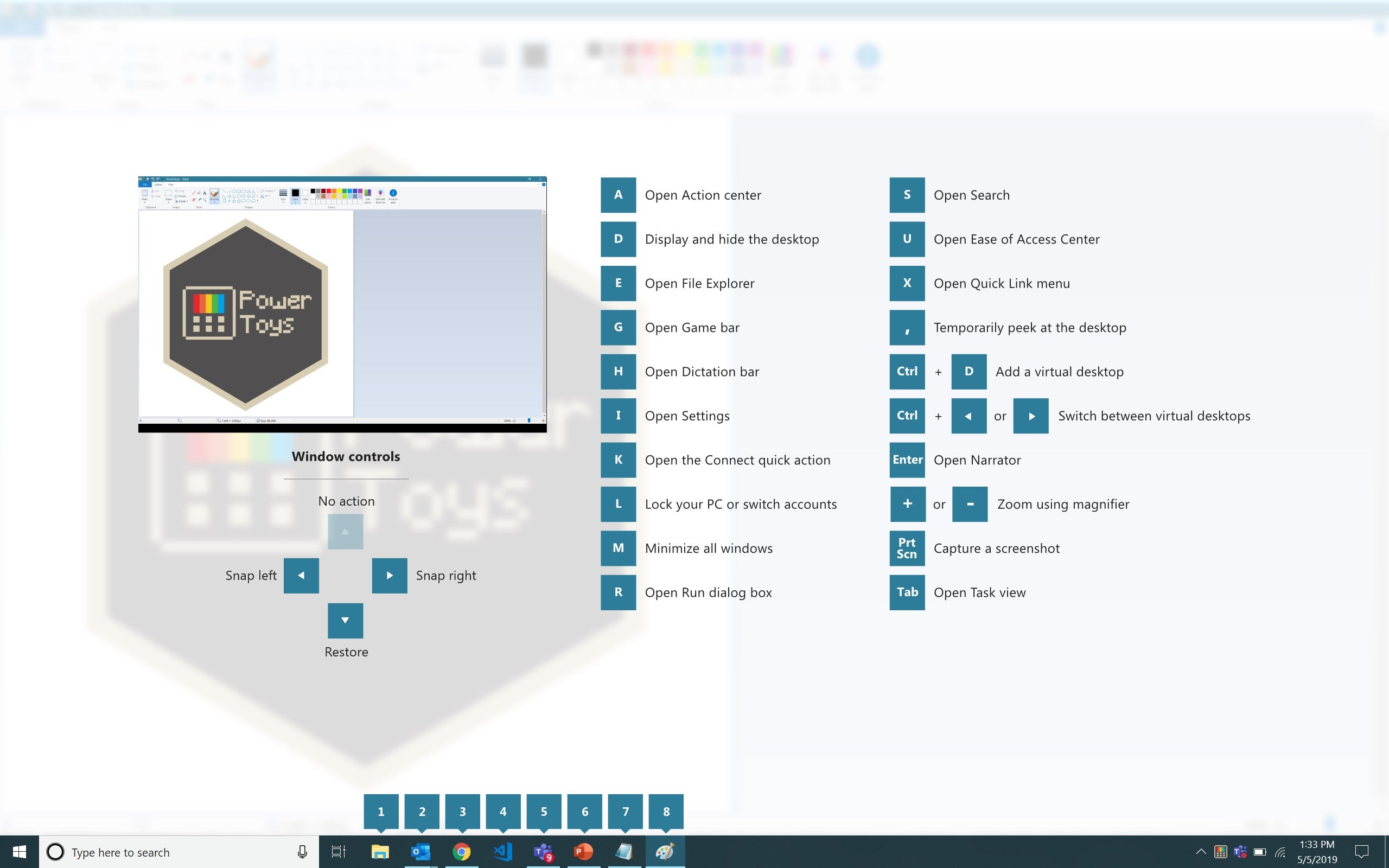 While Microsoft is prepping these first two utilities for a US summer release, the company’s developers have a few more ideas in store. There’s no word yet on which of these they’ll start working on first, or which ideas will see the light of day (or even when), but here’s a quick sample of future utilities Microsoft is thinking about: