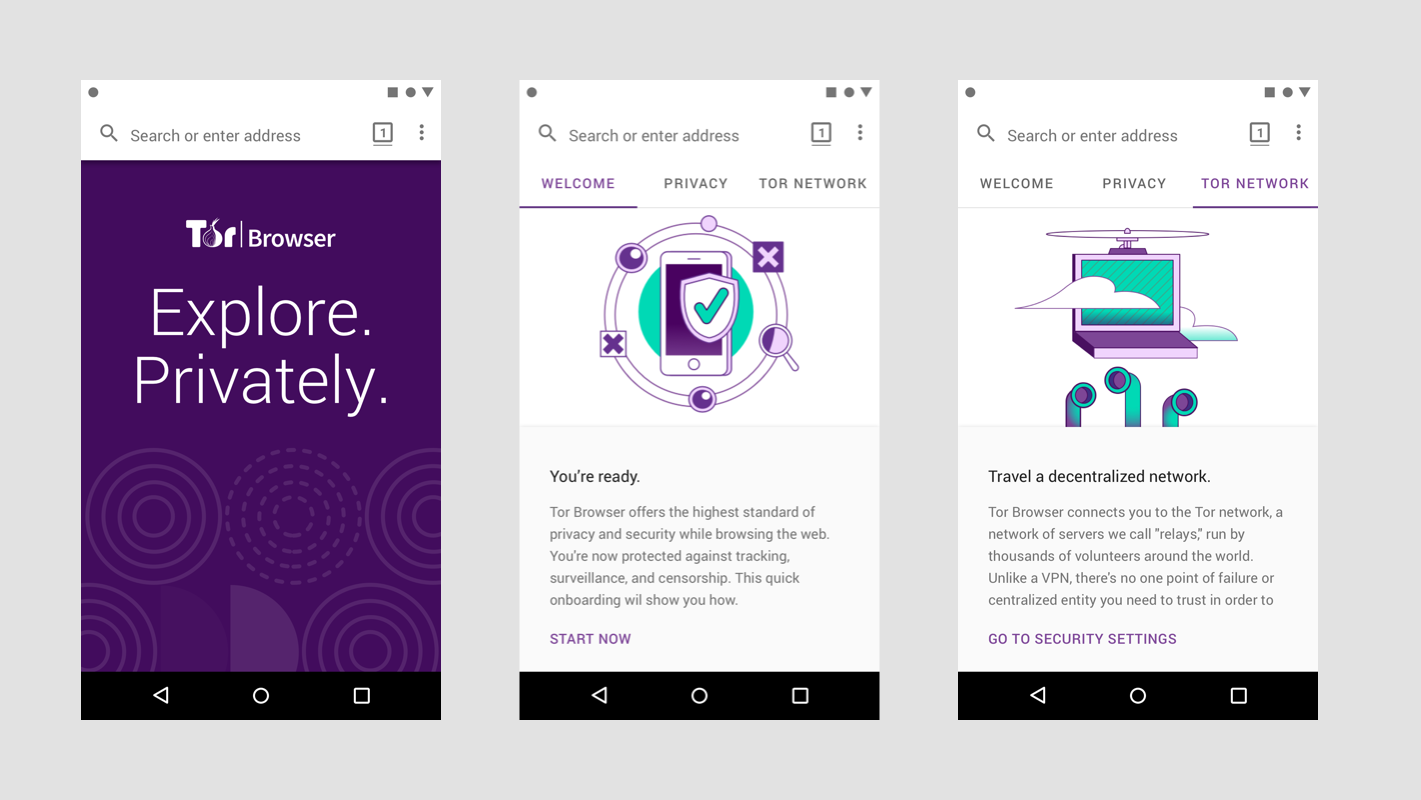 Screenshot: <a href="https://blog.torproject.org/new-alpha-release-tor-browser-android">Tor</a>
To sign up for our daily newsletter covering the latest news, hacks and reviews, head HERE. For a running feed of all our stories, follow us on Twitter HERE. Or you can bookmark the Lifehacker Australia homepage to visit whenever you need a fix.

After several months of testing, the first stable, public build of a Tor browser for Android is finally available on the Google Play Store.

For those who don’t have much experience with the open-source browser, Tor is build around privacy and autonomy. We’ve covered the desktop versions of Tor a few times previously, but the cornerstone of Tor is that it’s a browser that keeps users (nearly) anonymous.

It’s not perfect—you’re still going to have to be careful if you’re trying to do something you shouldn’t—but it creates a private-enough environment for most regular people to play in.

Tor is often cited as an important tool for those with a public online presence, such as journalists or activists, but any privacy-minded user can benefit from Tor. The browser has become popular enough that even Mozilla is interested in making use of Tor’s technology in Firefox (which, ironically, is the browsing software Tor is originally based on).

The Tor Project team says it made special considerations for the Android version, since mobile browsing tends to incur even more surveillance than desktop browsing and because users have less control over the mobile browsing experience overall.

As such, Tor Android has a slightly different feature set to match the unique privacy priorities of mobile web browsing. Here’s a quick summary of what you’ll find in Tor Android:

All webpages are “isolated”—meaning they’re kept separate so that your activity can’t be tracked— and your cookies are deleted automatically when you close the app.

Tor will let you access websites that may have been blocked by ISPs or regional governments, and it prevents proxy connections from being forcibly bypassed.

All Tor traffic information is triple-encrypted and decentralised across thousands of servers.

Tor prevents “fingerprinting,” meaning all Tor users look identical to outside sources—be they trackers, hackers, ISPs, or other surveillance groups.

While the ethos behind the mobile and desktop versions of Tor is the same, and they will all use the same build number from here on out, some features and settings from the desktop browsers may not be present on Android.

Plus the Android version is still new, and bugs may be an issue as more users begin to try it out. If you encounter any bugs or glitches, be sure to report them.

Until now, Tor diehards have relied on third-party browsers, like Orfox or Orbot, to get their privacy fix on Android. With the release of Tor Android, however, Orfox support will soon be ending. iOS users, on the other hand, will need to keep using third-party Tor browsers, such as Onion Browser, if they want a similar browsing experience.

No matter what Tor version you go with, however, we strongly recommend pairing it with other encryption and open-source services as well.