You Can Opt Out Of Facial Recognition Screening At An Airport

Last week, writer Mackenzie Fegan boarded an international JetBlue flight without so much as handing over a boarding pass or passport. “I looked into a camera before being allowed down the jet bridge,” she wrote on Twitter. “Did facial recognition replace boarding passes, unbeknownst to me? Did I consent to this?”

Like a number of recent travellers, she had unknowingly opted into the airline’s facial recognition software—a reality we’ll all soon become accustomed to in the not-so-distant future.

And that might be appealing to you; after all, it should expedite the boarding process (no exchange of documents probably saves you a few seconds and some effort), but there are plenty of reasons why opting out might prove a better decision in the end.

“We have the government using this extremely powerful and dangerous biometric face recognition, which really has the potential to become a serious technology of control,” Jay Stanley, a senior policy analyst at the American Civil Liberties Union, said over the phone. “They’re using it in an unnecessary way, like hunting a mosquito with a bazooka.”

Facial recognition matches your identity with past travel documents

How does an airline let you board without showing proof of a single physical document? According to the U.S. Customs and Border Protection’s website, international travellers at participating airports have their photograph taken before boarding at the gate (or while exiting customs); this information is then matched to images from passports, visas, and other travel documents, provided by the Department of Homeland Security.

“It’s a really laborious and fancy way of replacing the function that a human engages in when they look at your passport photo and look at your face and make a judgment about whether [you’re] the same person,” Stanley said. “It’s based on the theory that facial recognition software is better than human judgment, which is really not clear.” 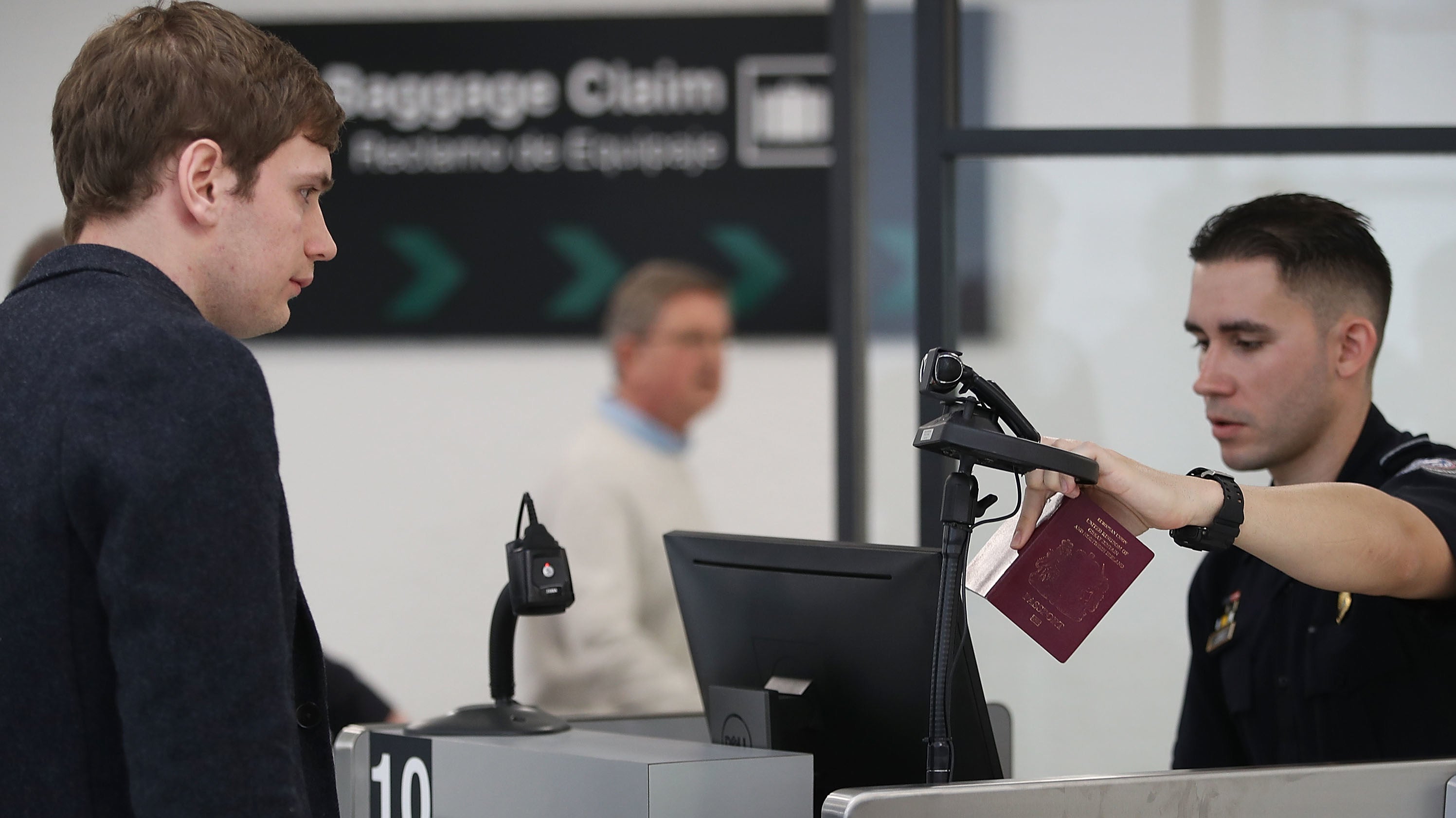 Facial recognition is alarming for a lot of reasons, but Stanley said you shouldn’t be as concerned about its ability to ‘track’ your whereabouts.

“CBP already knows your location,” he said. “They know you’re on that flight and they know who you are based on the biographical data you’ve given the airline and your passport.”

The concerns, however, are much broader as it relates to non-U.S. citizens or people of colour and the potential for false positives. “We worry that … the system might be used to pressure and bully non-Americans,” he said.

“And another reason why people might want to opt out is that face recognition has serious accuracy problems. There’s a higher error rate with regard to people with darker skin. Some of that is because of the way that AIs are trained on sample databases that are predominantly white. The privacy implications are large and the benefits for America are low.”

Currently, the facial recognition pilot program is operating in a number of major airports like John F. Kennedy International and Los Angeles International Airport and through major airlines like JetBlue, Delta, and British Airways (in addition to one cruise liner, Royal Caribbean).

Despite its presence at a growing number of airports, you do have the option to opt out of facial recognition software by requesting an alternative screening process.

“They don’t necessarily do a good job of telling people that,” Stanley said, but you should request the process while in line at the gate. According to Newsweek, they’ll examine your passport or physical documents manually, as they would any other time you’ve boarded a flight.

“Opting out can have an effect; the government isn’t impervious to the opinion of the travelling public,” Stanley said. And if you do have concerns, voice those to an airline whether in person or by Twitter, too, so you can make sure this process doesn’t become a requirement, instead of an option.