10 Things To Remember When Travelling To The USA

Despite Aussie’s feeling accustomed to the United States through years of American music, movies and content, our first time visiting the USA can still be pretty daunting. How much should you tip? Is airport security really that tough? Will you be asked to ‘supersize’ every meal? And do New Yorker’s really say “cawfee”?

The 2017 ABS tourism figures revealed that the USA is the third most visited country by Aussies after New Zealand and Indonesia. Despite the 14 hour flight, we really can’t get enough of the USA’s unique charms and the vast expanse of holiday opportunities.

Whilst learning the countries quirks on the go can add to the excitement of your holiday, there are some things you should be across before you touch down. We figured it’s best to enlighten you on a few key things to avoid any confusion or embarrassment whilst in the States. With this in mind, we’ve put together a list of 10 things to remember on your next trip to the USA.

#1 You will need an ESTA 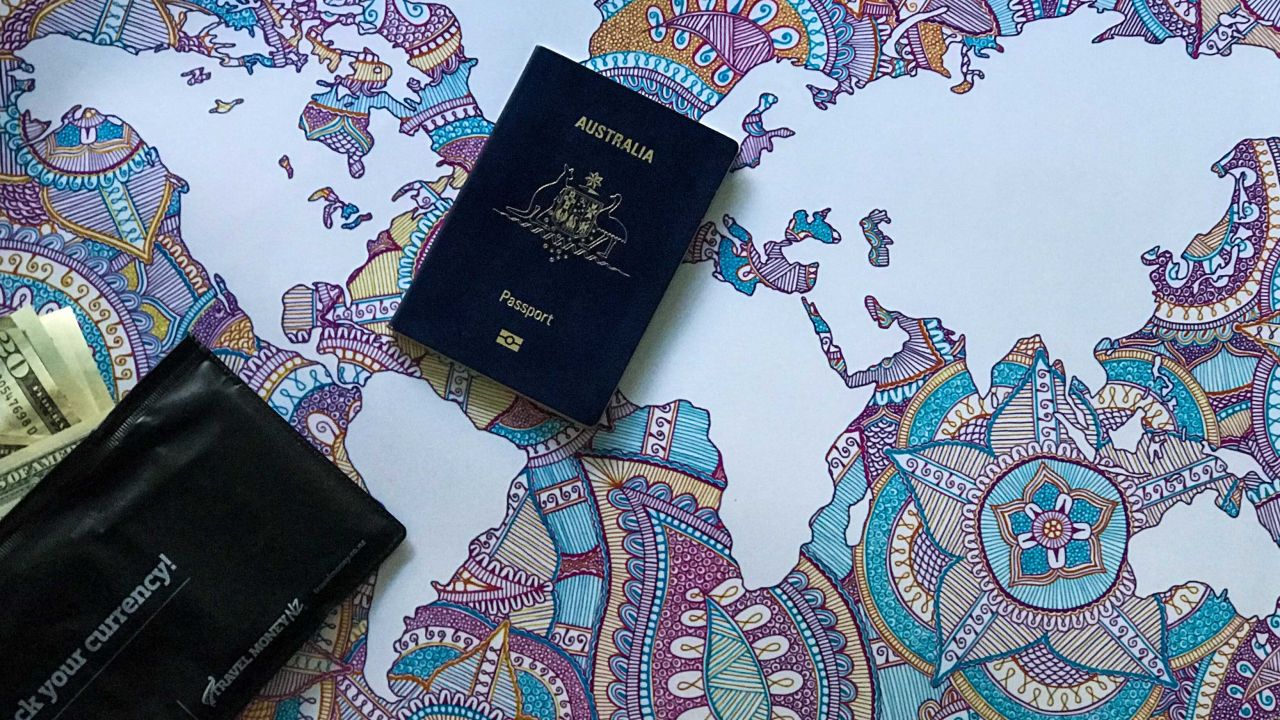 First and foremost, you’ll need a visa or ESTA (Electronic System for Travel Authorization) to get into the States. They are pretty easy to obtain, especially for Aussies, from the official ESTA site. Just ensure you give yourself a minimum of 72 hours to obtain one. It’s definitely worth giving yourself longer than that, though.

ESTA’s are $14 USD and are then valid for 2 years for stays of up to 90 days. You will need an ESTA regardless of whether you are transiting through the US for 4 hours in the airport, or traversing the country for six weeks.

When you’re checking in for your flight in Australia you will be asked about your ESTA. You are also required to provide an address of where you’ll be staying. If you don’t have this information you won’t be able to board your flight.

#2 Stock up on USD and dollar bills 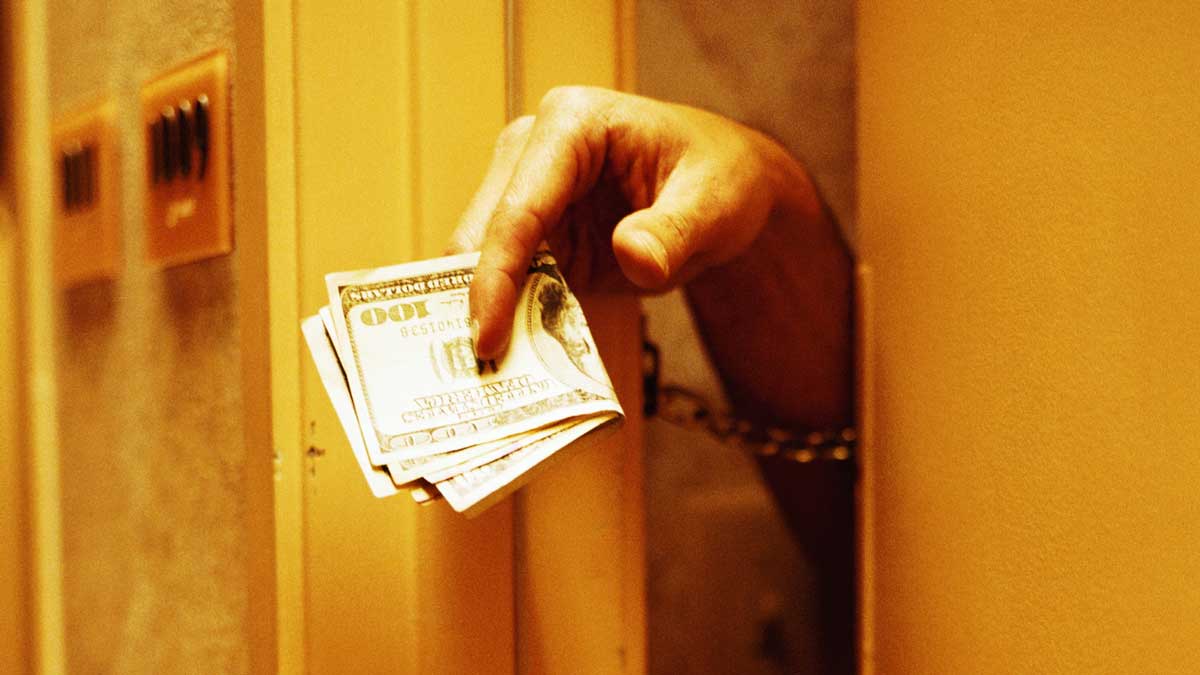 The official currency of America is the United States Dollar. Unlike our colourful Aussie dollar, USD notes all look the same so be mindful you’re not mistaking a $100 note for a $1 note.

When budgeting for your US adventure, you will need to account for tips. With this in mind, it’s worth stocking up on $1 bills for tipping, which is an expectation all throughout the service industry in America. As a rule of thumb, tip 15 – 20% of the total bill at a restaurant. Most places will have set amounts on the bottom of the receipt that you can elect to use instead of doing the math yourself. For taxis, bartenders, concierge, doorman and valets a few dollars should suffice.

It might seem annoying, but the US minimum wage is much lower than ours, so service workers rely on tips to make up the majority of their income. 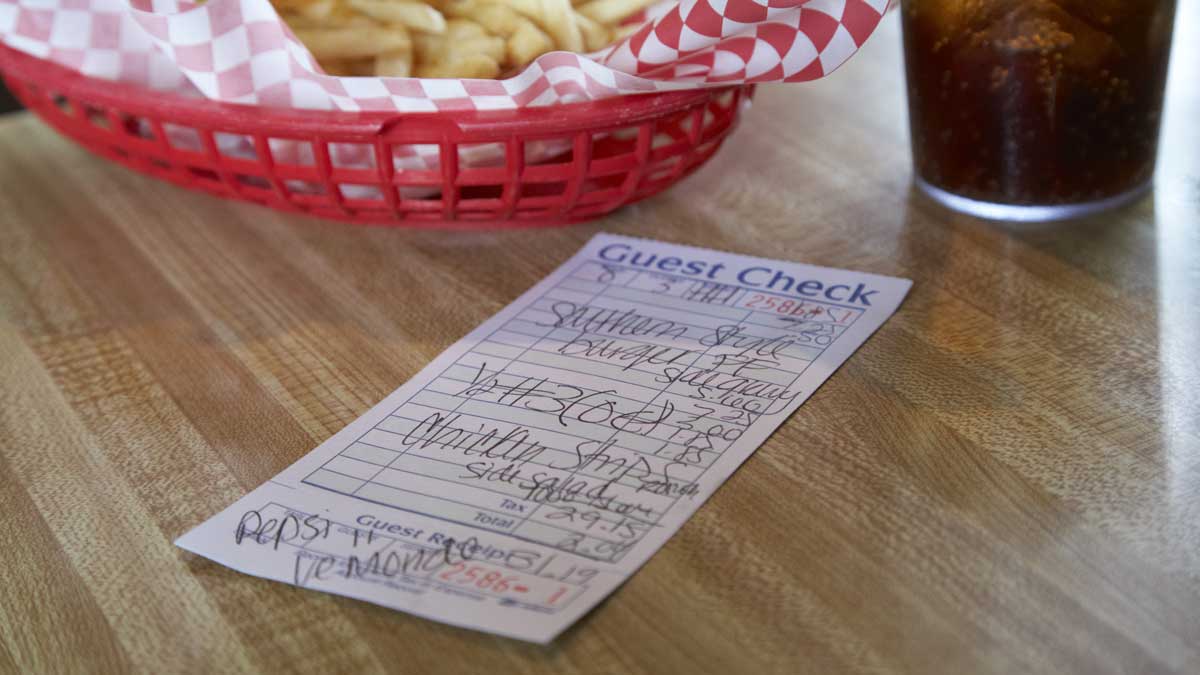 Unlike Australia where the price on the tag is inclusive of GST in America, the sales tax is not added until you’re at the register.

The tax percentage varies between states, but you can expect to pay between 2.9% and 7.25% on your purchases. For ease of calculation, it’s best to just add 10% to the price tag to gauge the actual price. Then it will always be slightly less at the register.

#4 Make sure you have comprehensive travel insurance 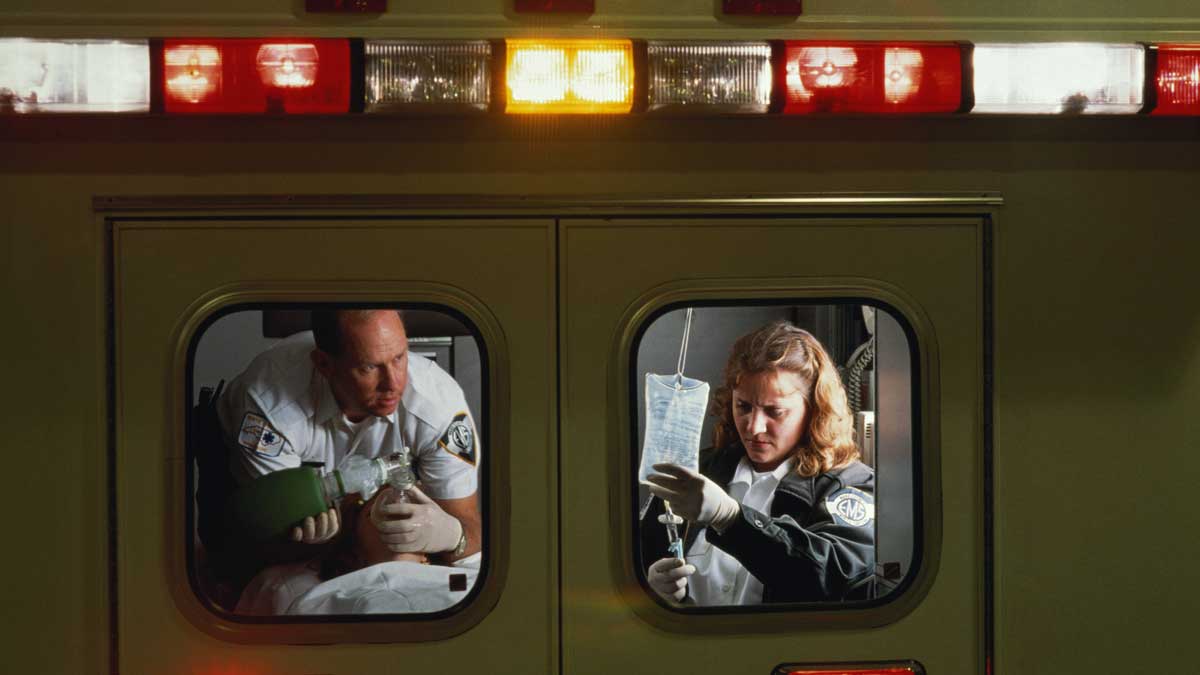 US health care is expensive for both locals and tourists alike. If you can’t afford travel insurance, then you really can’t afford to travel to America (or anywhere in the world for that matter).

Whilst you can trust you will be expertly treated should you fall ill in the States, you can also count on paying astronomical fees for treatment. A simple checkup can cost hundreds of dollars. Anything more serious and you can be staring down the barrel at a medical bill worth thousands. This doesn’t even take into account the cost of missed flights or lost hotel bookings.

Long story short, give yourself some peace of mind with comprehensive travel insurance and avoid blowing your holiday budget with medical bills.

#5 Turn off international roaming on your phone 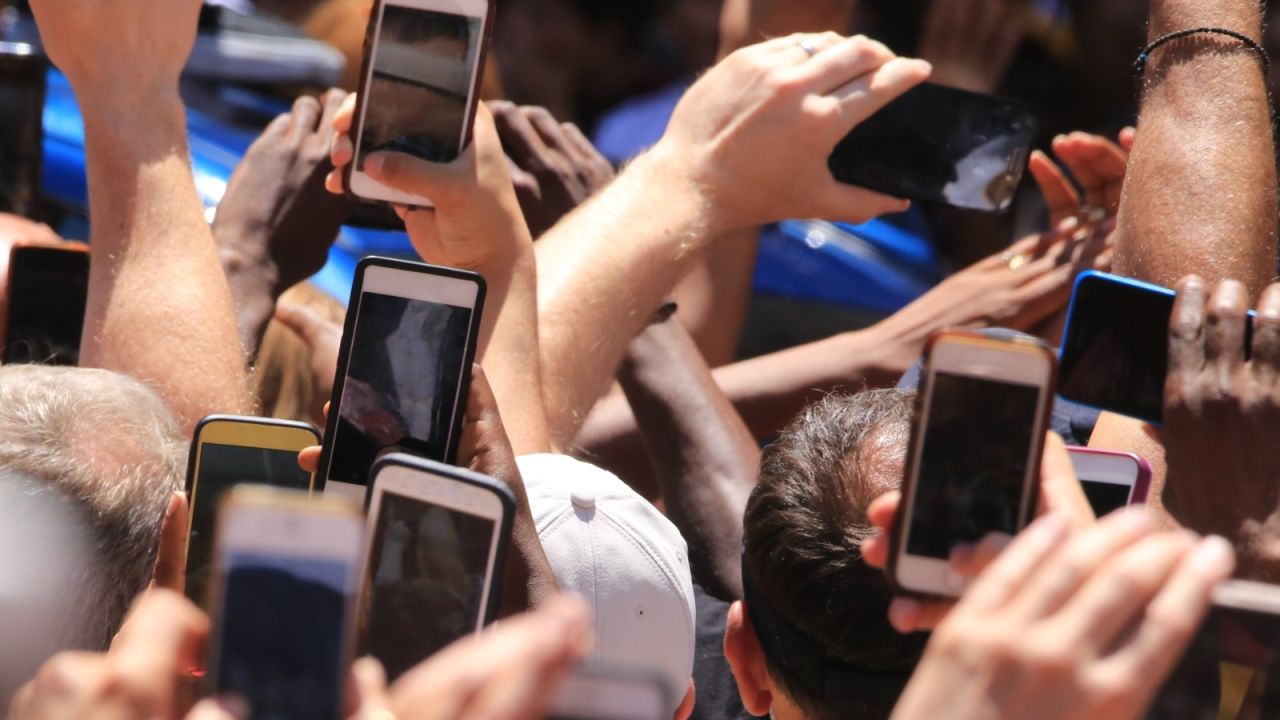 Using your Australian phone plan overseas can lead to huge bills when you return. Whilst some countries offer specific international roaming additions to your plan, quite often the cost will very quickly add up.

Most hotels, Airbnb’s and hostels in the States will offer wifi for free or a small charge. You can also swing by a Starbucks or Mcdonalds and use their free wifi if you make a purchase.

If you need to remain connected 24/7 and can’t rely on patchy wifi, it’s worth buying a prepaid sim card when you arrive in America. You’ll be able to get a few gigs for $20 – $40USD which come in handy if you need to use maps or get in contact with travel companions.

#6 Your accent may leave American’s scratching their head

A sentence like this may be obvious to Aussie’s, however, you can guarantee it will leave American’s wondering if you are speaking an Alien language. This comes before we even account for the many and varied levels of Aussie twang.

Avoid confusion by keeping the slang to a minimum and actively trying to talk a bit slower. For a country that prides itself on taking it easy, Aussie’s really can talk fast.

#7 International transit is not a thing 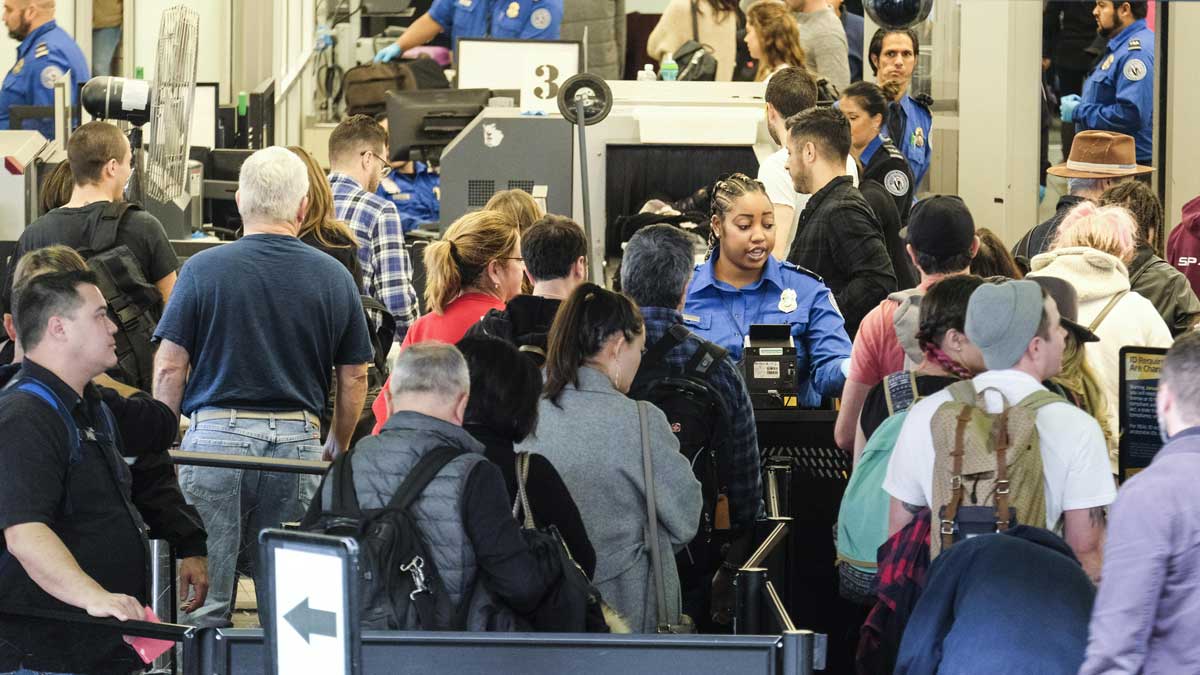 If you’re merely using the USA as a transit en route to another country like Canada or South America, you’ll still need to clear US customs. Furthermore, if you’re arriving into LA (or any airport) and immediately travelling further domestically, you will be required to clear customs at your first point of entry.

US customs is renowned for lengthy delays. Avoid missed flights by giving yourself plenty of time at customs. Better yet, book your flights with the one airline so they know you’re transiting. 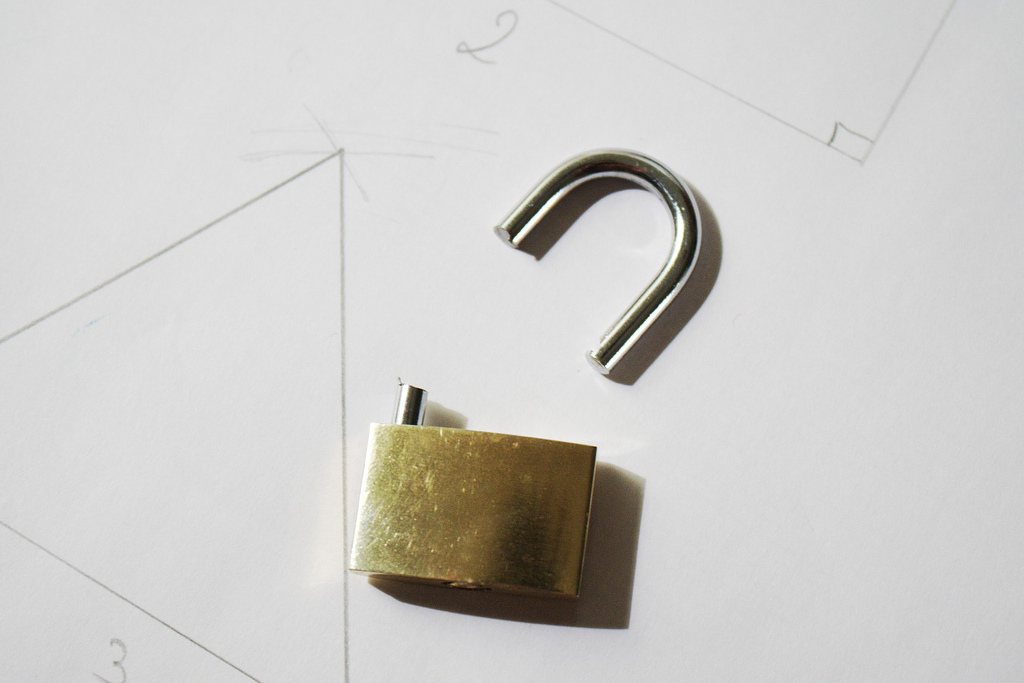 The Transport Security Administration (TSA) enforces pretty strict baggage guidelines. They are legally allowed to scan all bags and open them should they deem necessary.

If your bag is locked, they will break this to gain entry into your luggage. Should this happen, a note will be left in your luggage so you know it was the TSA and not some random bag raider.

Avoid getting a broken lock by purchasing TSA approved locks. These are secure and can be opened by a master key, thus preventing officials from ruining it. They are generally a similar price to normal locks, so don’t stress about forking out more. American airports are huge. This means you will not hear airport-wide announcements calling for late passengers or informing you of a gate change. The only announcements you will hear are from the gate itself.

Avoid missing your flight by giving yourself plenty of time to get to the airport and, once checked in, take note of the gate and time on your boarding card (in other words, use common sense). US flights are often overbooked, so you risk being booted off the flight if you’re late.

It’s also worth noting that the US spans six different time zones. If you’re travelling domestically you will need to update your watch or phone to avoid missing flights or transfers. 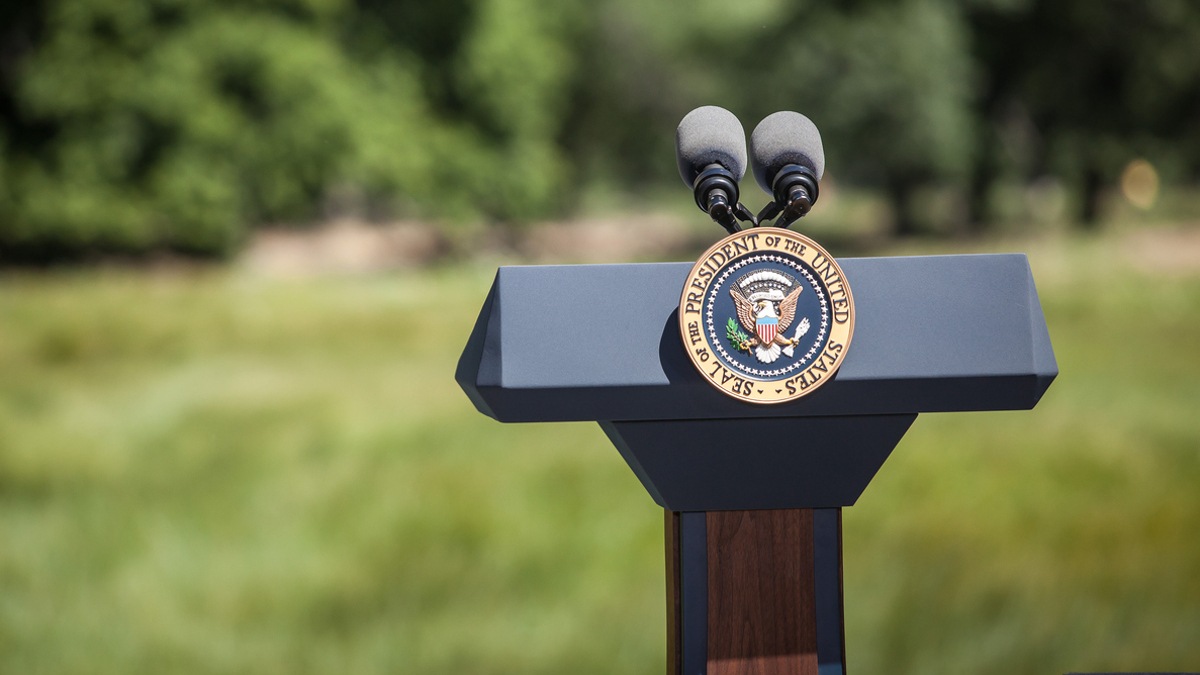 Unless you’ve been living under a rock, you would understand that American politics can be pretty vicious and divisive at times. Each US citizen sits somewhere along a very broad spectrum of beliefs, with most quite passionate about said beliefs.

Avoid conflict by steering clear of political based conversations. Trust us, no amount of hot dogs can make up for that kind of angst.