The US Airports Most Likely To Cancel Your Flight

airport funairportstripvacation
To sign up for our daily newsletter covering the latest news, hacks and reviews, head HERE. For a running feed of all our stories, follow us on Twitter HERE. Or you can bookmark the Lifehacker Australia homepage to visit whenever you need a fix.

If you’re planning a cross-country tour of the US, it pays to know which airports are best avoided.
Some American airports are notorious for causing more delays, cancellations and other travel related mishaps than the national average. Luckily, we now know have a list that proves who the worst offenders are.

Which airport was the biggest offender last year? For the second year in a row, LaGuardia ranked number one, cancelling some 4.07% of departing flights—which means one in 25 flights never got off the ground. LGA was followed closely by Norfolk International Airport in Virginia, which canceled four per cent of flights, and Charleston International Airport in South Carolina that canceled 3.89 per cent of flights.

Meanwhile, airports like Salt Lake City International and Boise Air Terminal canceled the least amount of flights in 2018 (cancelling just .30 and .43 per cent of flights, respectively)—if you’re planning a layover, stopping by Utah or Idaho wouldn’t be such a bad idea.

What should you do when your flight’s canceled?

While it depends on your airline, you should immediately contact them or speak to an attendant to confirm that you’ll be rebooked on another flight (airlines like Delta may automatically do this in the event of a cancellation). Weather presents a particularly annoying problem since this falls outside of airlines’ control. In this case, you’ll still be re-booked but may be responsible for your own hotel accommodations if you’re staying overnight—you can check our guide to handling flight cancellations for more insight.

If you want to find out which airports you should avoid, check out the list of the worst offenders below. For a full list, check InsureMyTrip’s press release, so you’ll never be left stranded at an airport again. 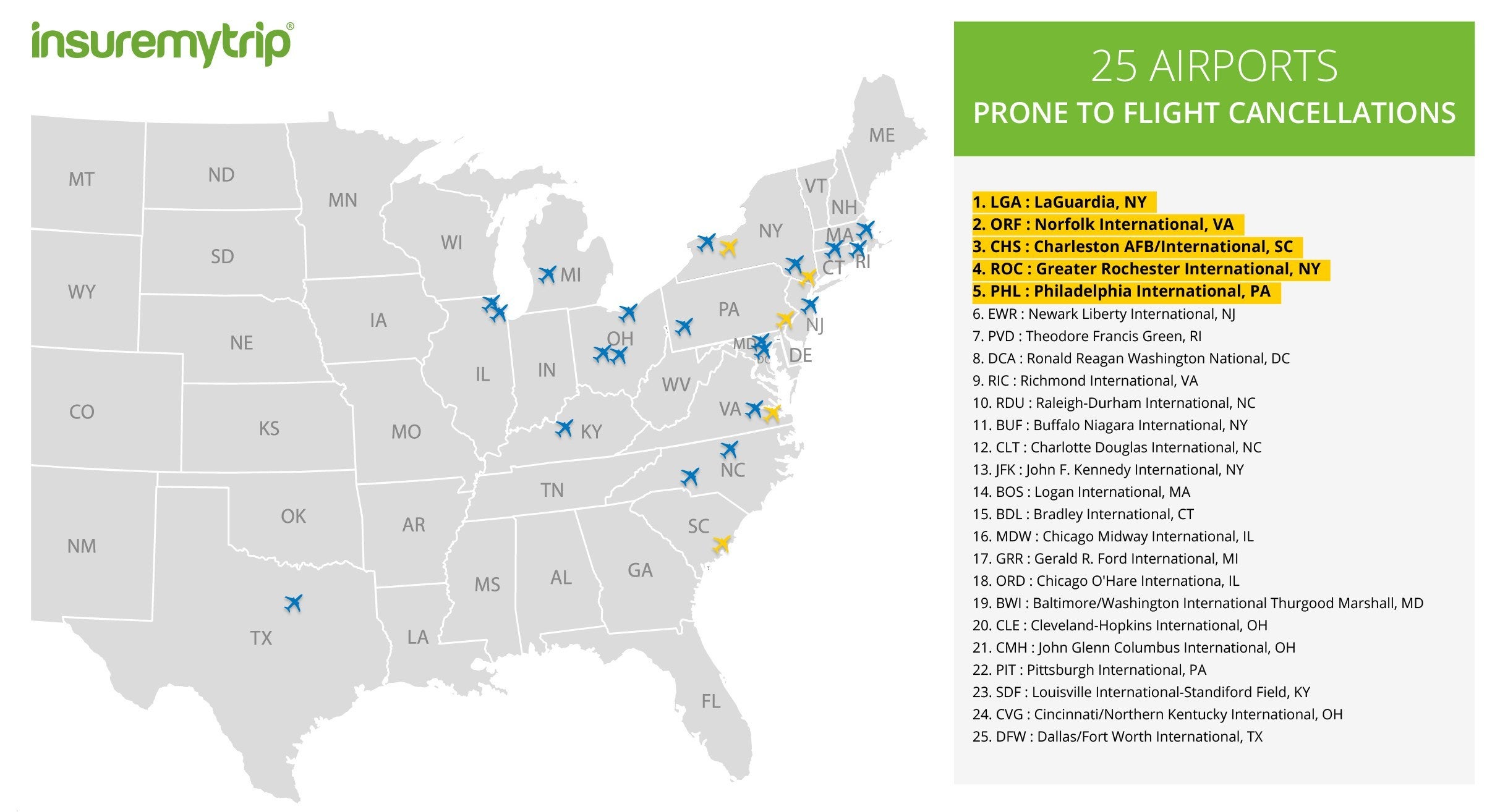